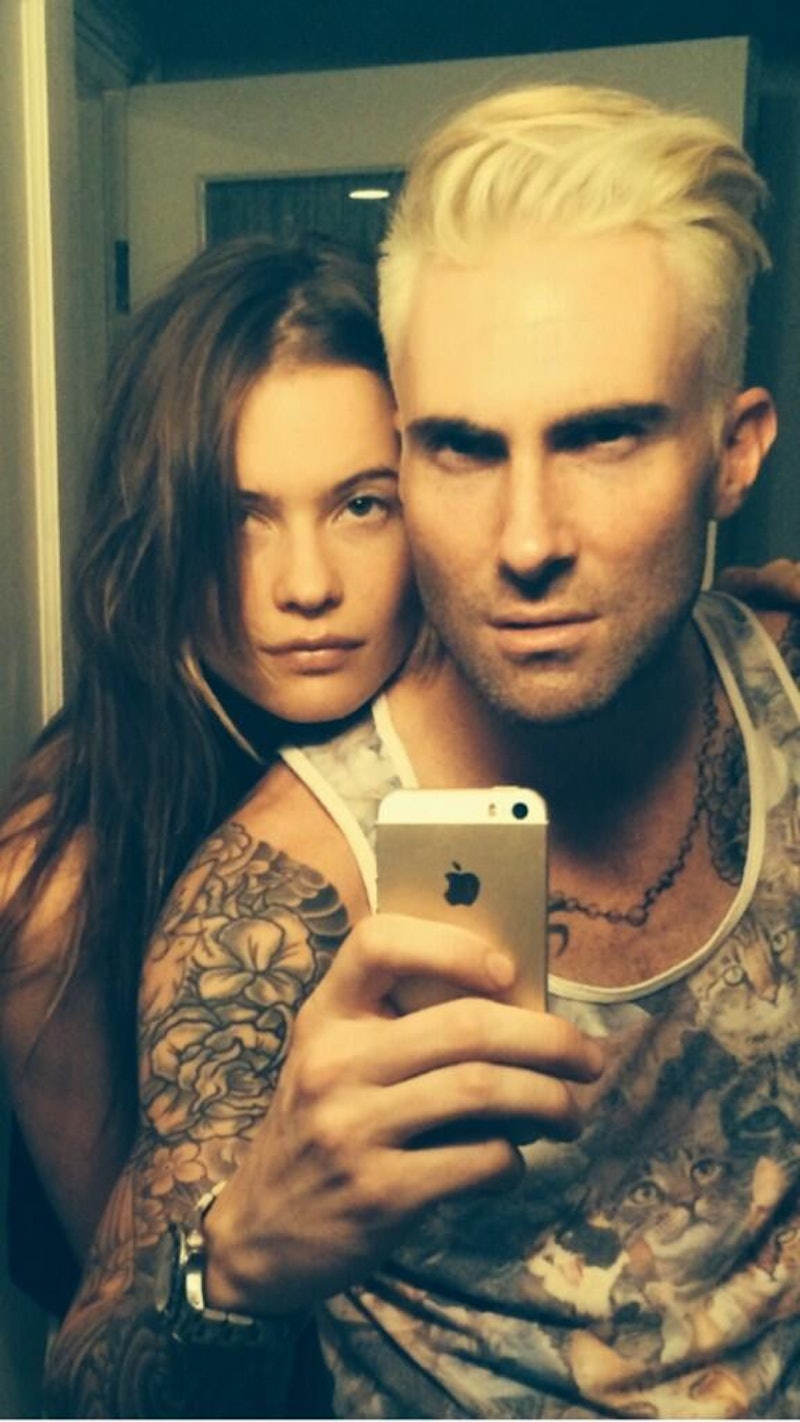 If you recently heard the terrified wail of millions of teenage girls and wondered what it was for, it was one thing: Maroon 5 lead singer, judge on The Voice, and typically boring human being, Adam Levine has dyed his hair blonde. And people are losing their minds. "How could he do this to us?" they cry, heads turned to the sky, shouting at an unfeeling universe. But the more important question is: why? What meaning does this monumental gesture possibly hold?

The End of Days

This is obviously the most rational answer. After all, Levine did post the photo of his new 'do on Twitter with the caption "Apocalypse prep course complete." So clearly, his blonde hair is a sign of the oncoming apocalypse. Either Levine has some higher level of knowledge about these things and has dyed his hair blonde as a means of post-apocalyptic survival, or his hair is merely a vessel, used as a sign of things to come. Prepare yourselves accordingly, lest ye perish.

For a Movie Role

Levine has already tried out his acting chops on American Horror Story: Asylum, so why not make a bigger leap into the world of acting? And what better way to do so than with a dramatic new hairstyle? Levine is just showing his dedication to his role. The question is, for what film? Is it a post-apocalyptic flick? A Billy Idol biopic?

Sure, Adam Levine already has tons of success with Maroon 5, but he wants to be known as more than just the pretty face of your mom's favorite band. So Levine is taking a cue from Miley Cyrus and reinventing his image with his new platinum hair. Next thing you know, he'll be wearing crop tops with marijuana leaves on them and badly appropriating hip hop culture.

It's His Evil Twin

It's not Adam Levine at all; it's his evil twin, Badam Levine. Watch out! He's going to be very mean to all of the contestants on The Voice!

He Has Become a Supergenuis

Adam Levine was struck by lightning and somehow gained a superhuman level of intelligence. Unfortunately, doing so sucked out all the color from his hair, because that's how science works so shut up. I mean, have you ever seen a mad scientist before?

He's from the future, where everyone has platinum blonde hair. He's part cyborg, and he's come back to save the world from certain doom. It involves the winner of The Voice using his newfound power for world domination. Just trust him if you want to live.

Adam Levine was possessed by an evil spirit. The spirit made him kill his own daughter. When the local police apprehended the suspect in the murder, they have to shoot him and put him in the hospital. Levine then goes to the hospital and suffocates the suspect. His hair then changes color due to the evil spirit, whose name is Bob... wait, this sounds familiar...

Because He Wanted To

Just kidding, that would be absurd.