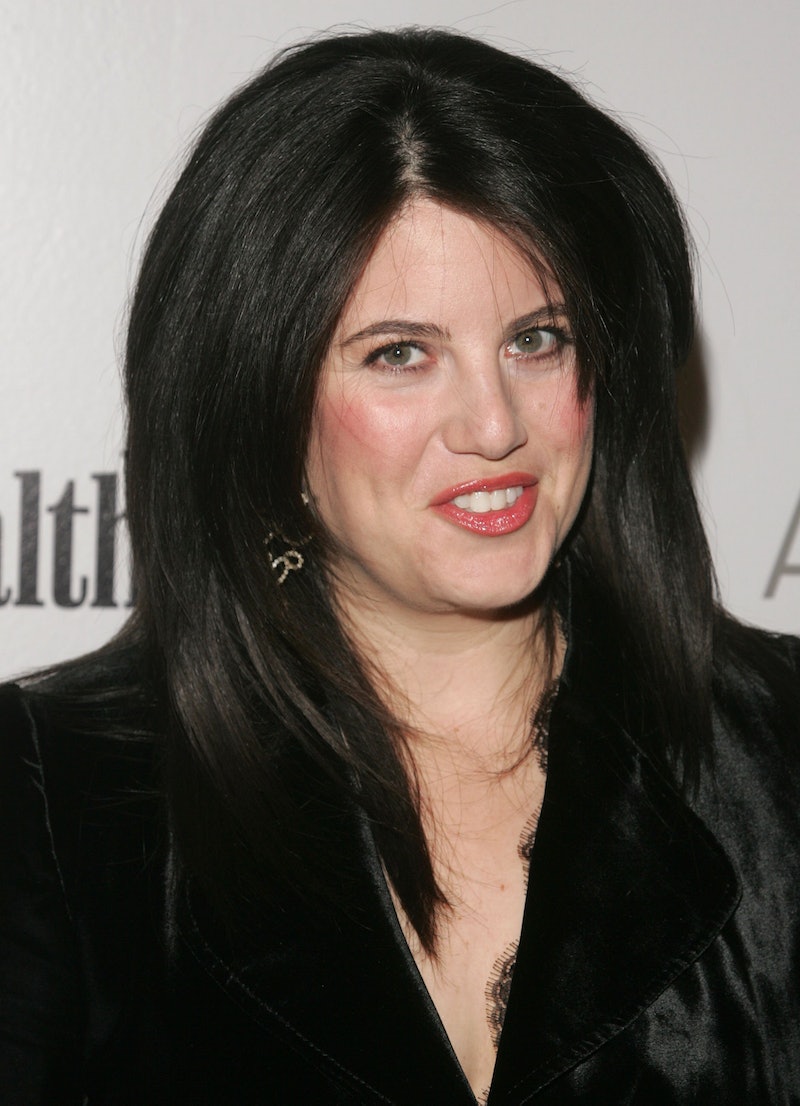 Monica Lewinsky has finally spoken out about the Clinton scandal in an interview with Vanity Fair, and her words are long overdue, because while Lewinsky remained mum on the issue for a decade, late-night comedians couldn't keep their mouth shut on the issue. Looking back on their jokes now, they not only come off as tasteless, but unfunny: most of them simply amount to "blow jobs, heh heh, fat joke, heh heh." While you may not remember the specific jokes, that kind of attitude has permeated our culture so much that "Lewinsky" is now more or less synonymous with "blow job."

What's more is Lewinsky reveals in the profile that at the time of the scandal, she became increasingly suicidal, and she has a hard time landing a normal job to this day because of her strong association to it. So not only are some of these jokes offensive by today's standards, these comedians were kicking a woman when she was down. Here are some of the worst offenders:

"You know who was at the Vanity Fair (Academy Awards) party? Monica Lewinsky. She was sitting right next to me. I was at table 14; she was under table 12."

"Monica Lewinsky told this month's Cosmo magazine that if it weren't for Bill Clinton, she would be a mom now, with two kids. Really? Not the way she was doing it."

"Monica Lewinsky has gained back all the weight she lost last year. I believe that's the cover story in Newsweek. In fact, she told reporters she was even considering having her jaw wired shut, but then, nah — she didn't want to give up her sex life."

I'm sorry. Can you believe those were ever said on network TV?

"Tonight I was switching back and forth between the new Monica Lewinsky show Mr. Personality on Fox and CSI: Miami on CBS, and I swear for a split-second I caught the world's biggest chalk outline."

"Monica Lewinsky has returned to network TV. ... I remember years ago she said she wanted her life back. Then I guess she got it back and said 'Well, this sucks.' ... She's hosting a show called Mr. Personality because apparently the new Fox show Blow Jobs, Blow Jobs, Blow Jobs, isn't ready."

And somehow, I thought Stewart would be better than that.

"Fox has debuted a new reality show called Mr. Personality starring Monica Lewinsky who interviews dozens of bachelors who all wear masks. Apparently, all of the bachelors wear masks because they're embarrassed to be on a show with Monica Lewinsky."

But ironically, the worst Monica Lewinsky joke offender is a man who went through a similar sex scandal...

"You may think you have a stressful job, but since she's been a Senator, Hillary Clinton, they say, put on 30 pounds. In fact, she has gotten so heavy that today Bill hit on her."

"Celebrity birthdays, today Monica Lewinsky is 28. It seemed like just yesterday she was crawling around on the floor in the Oval Office."

"Monica Lewinsky has her own show on HBO. I have not seen it yet but I understand it's getting very good word of mouth."

"President Bush has authorized the drop of 15,000-pound bombs on Afghanistan. I believe that is the heaviest ordered drop by a president since ... well, Monica."

"Bush went to Wisconsin, to a Harley Davidson factory and rode a motorcycle. It's the biggest thing a president has ridden since ... I just can't bring myself to throw that joke away."

Hopefully we are in an new era now where we, as a society, think about the consequences of publicly fat-shaming and slut-shaming a woman before opening our mouths.

More like this
Mel C Wants You To Know That Margaret Thatcher Wasn’t A Spice Girl
By Darshita Goyal
Here’s Everything You Need To Know About Operation London Bridge
By Bustle UK
'Grey's Anatomy's New Intern Got Advice From Dr. Bailey Herself
By Grace Wehniainen
Paul Mescal, Man Of Mystery
By Samantha Leach and Heather Hazzan
Get Even More From Bustle — Sign Up For The Newsletter