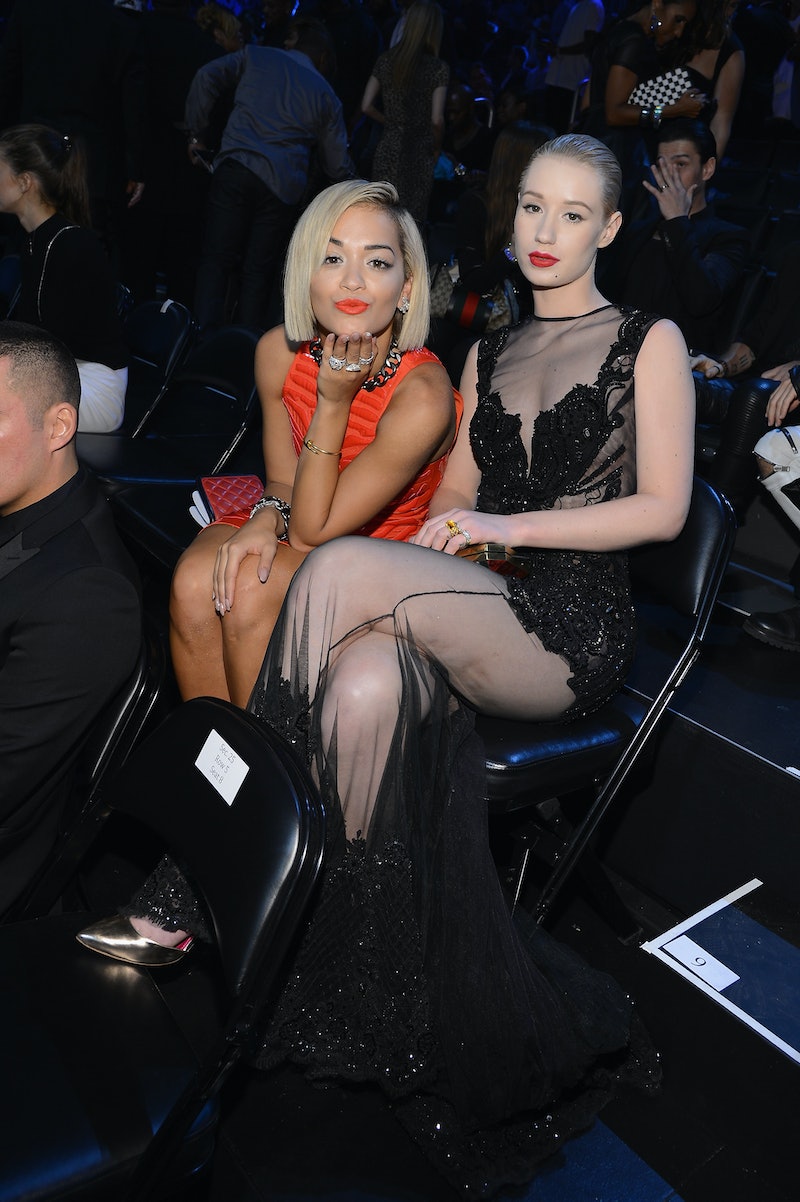 I checked out Iggy Azalea and Rita Ora's Live from MTV interview for the "Problem" music video deets, and stayed for the girl power. The ladies stopped by MTV on Monday and dished about their current and future endeavors, touring together, teaming up for "Black Widow," and more.

What's the latest and greatest with Iggy Iggs? Azalea's debut album is a hit, and "Problem" (her callabo with Ariana Grande) catapulted to the top of the iTunes charts before I could finish watching a rerun of Cupcake Wars. We've heard the song, we've seen the lyric vid, so what are we to expect from the "Problem" music video? “It’s fairly evident that the theme is kind of mod and monochromatic," Azalea explained. "Mod girl would be the theme, I would say to the whole single film.”

Though this isn't a surprising piece of info (take a peek at Grande's black and white mod steez as of late), I can't waaaaait.

"Problem" isn't the only music video we can look forward to: Azalea and Ora said that while a shooting date isn't set, the concept for the "Black Widow" video has them in "bootcamp." Oh my god. I don't know what that means for the video, but I'm sure it'll be something major (ha). YES YES YES YES YES YES!

Ora, who's releasing an album this fall, Ora said the following about her former tour mate:

We have so much musical connections, and for her to literally be speaking out for the females is one of my main things. And me speaking out for my females in the pop world, the rap world, whatever world it is, it’s like, why wouldn’t two people support each other? It’s just ridiculous when women get catty with each other. It’s just a waste of time.

Yes. I love her "girl power always, duh"-y answer. What goddesses. All hail Ora and Azalea.

Regarding the Katy Perry-penned Azalea song "Black Widow," Ora said, “It felt perfect, and I mean... to have [Azalea] put me on the album, I was really kind of like, yeah. Happy about it. It’s good when two girls support each other, especially two blondes because they are stronger than one blonde.”

CAN I JOIN YOUR BLONDE CREW? Please? Please?!?!