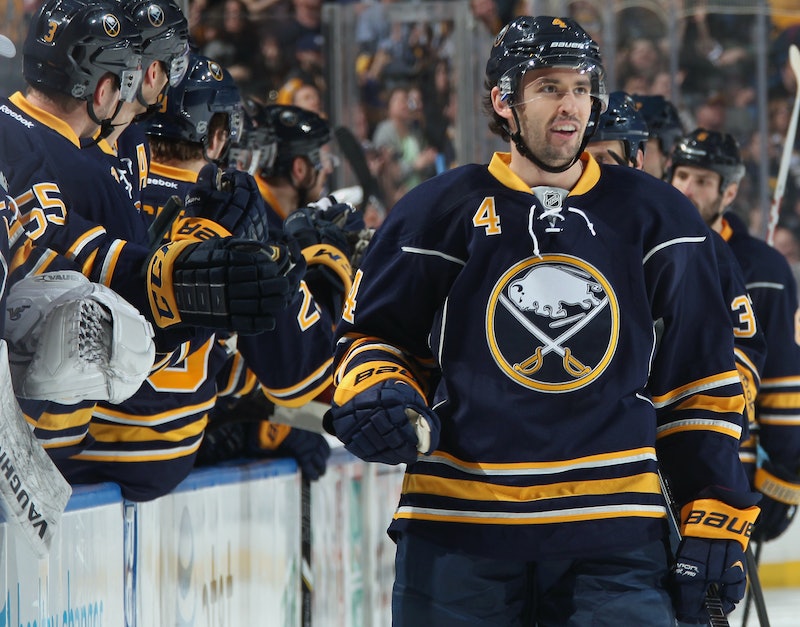 Welcome to the 716. The Queen City. The Nickel City. The City of Light. Welcome to Buffalo, New York. Everyone knows us for our astonishingly tough winters, but those of us who actually live here know there's so much more to us than simply being tough. If you're from here, you know what I'm talking about. There are some things only we Buffalonians get to brag about.

You know, the stuff that Cool Whip knocked off?

And those nifty 59Fifty hats that everyone wears

Yep, those are made in Buffalo by the New Era Cap Company.

WE'RE EXPERTS AT DRIVING IN BLIZZARDS

Don't drive in a blizzard? But Jim's Steak Out doesn't deliver!

The Bills will make it to the Super Bowl...eventually.

Wash it all down with an ice-cold Loganberry.

What is this "munchkin" nonsense?

Unless we're at a Sabres vs. Maple Leafs game. Then it's on.

Just take a ride downtown to get a whiff of the General Mills factory.

AND WE MAKE the best CHICKEN WINGS, OBVIOUSLY

If they're breaded, they don't deserve to be called Buffalo wings.

WE HAVE TITS, ALL SUMMER LONG

We don't care that they changed it to "TATS."

WE RIDE for a cause

Ryan Gosling probably got his accent from us

Ever wonder why Ryan practically has a New York accent? He grew up in London, Ontario, only two hours away! He's basically one of us.

OKAY, BUT THE GOO GOO DOLLS ARE ACTUALLY FROM BUFFALO

And we make sure everyone knows it.

WE TRULY ARE THE CITY OF GOOD NEIGHBORS

WE know to shop at WEGMANS

Which is better than Whole Foods and Trader Joe's combined.

we know SEA FOAM IS NOT SPONGE CANDY

Don't even try to fool us.

But you've only been once. When you were a kid.

WE KNOW IT'S CALLED POP, NOT SODA

And suckers, not lollipops

Most of all, we're not afraid of a little winter

Because we know it's all worth it

hey, if we wanted to live in New York City, we'd talk like this

More like this
11 Trends From The ‘90s That Made You Feel So Cool
By Julie Sprankles
Reviewers Are Obsessed With These 45 Things That Look Good On Everyone & Are So Damn Cheap
By Carina Finn
Meghan Markle’s Favourite Skincare Brand Has Finally Landed In The UK
By Tomi Otekunrin
How To Master Baby Braids, According To TikTok
By Tomi Otekunrin
Get Even More From Bustle — Sign Up For The Newsletter