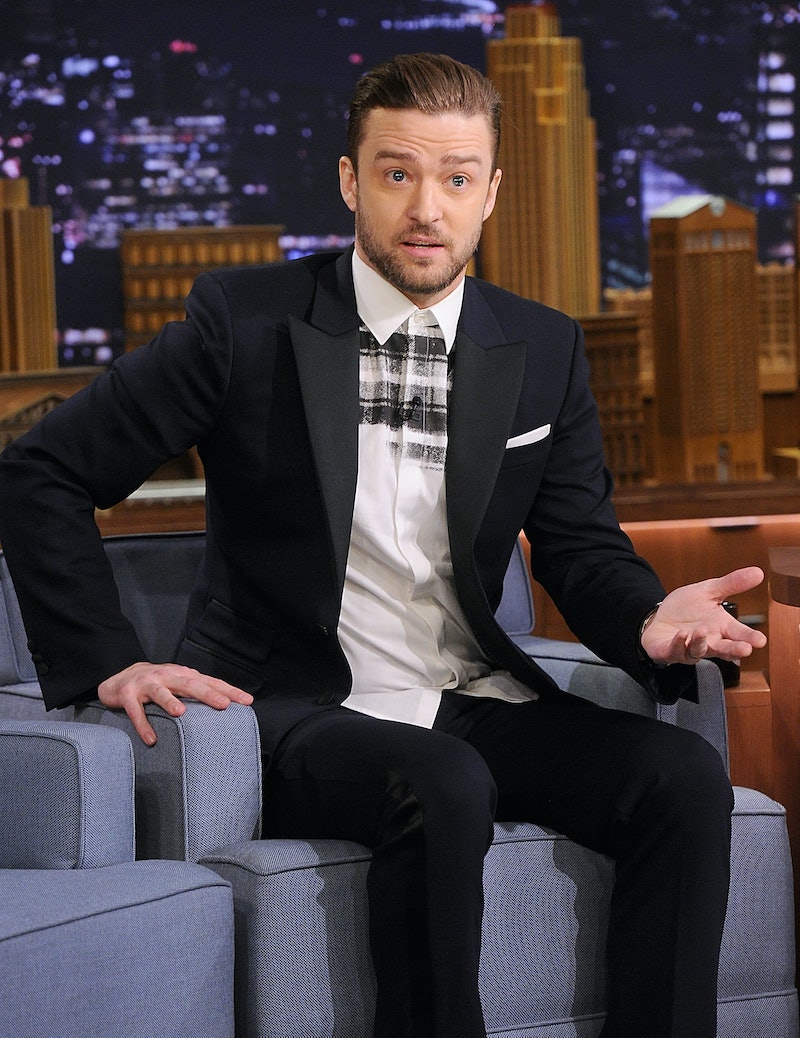 “I’ve never told anybody that Michael [Jackson] story," Justin Timberlake says during his Oprah Presents Master Class interview. Now that's how you kick off a segment. Consider my interest PIQUED. The story: Timberlake wrote “Gone” for Jackson, but his team rejected the song. So, Timberlake recorded it with ’N Sync. And then:

Whoa, whoa, whoa. Timberlake wrote “Gone” for Jackson. Jackson’s people turned it down. 'N Sync recorded "Gone." Jackson later asked to do “Gone” as a duet. Timberlake was like, “Sorry, King of Pop. My group already recorded it.” And Jackson was like, “MJ/JT or bust.” WHOA.

While the MJ/JT “Gone” duet never transpired, Timberlake says all of this gave him the confidence to consider doing his own thing. WHOAAAAAAAAA.

As any 'N Sync fan will tell you, "Gone" foreshadowed Timberlake eventually striking out on his own. As if the name of the song wasn't enough, Timberlake tackled 85 percent of the vocals (okay, that number might be off. Math has never been my strong suit). The almost-solo is one of Celebrity's best songs. A standout. And it was Timberlake's song. A solo career not only seemed feasible, but it seemed like an obvious move. The next year, Timberlake released Justified, and 'N Sync was "Gone." The MJ detail adds a very interesting layer to the "Gone"/JT solo career origin story. The King of Pop hath spoken.

What would've a "Gone" MJ/JT duet been like? I say it would've been beautiful. How dare anyone think otherwise! Here's how I reached my conclusion:

According to basic song math logic (I know I said math wasn't my bag. Shhhhh): Two voices that work incredibly well together plus a gorgeous song plus the King of Pop factor would generate beautiful results. Don't fight my song math logic.