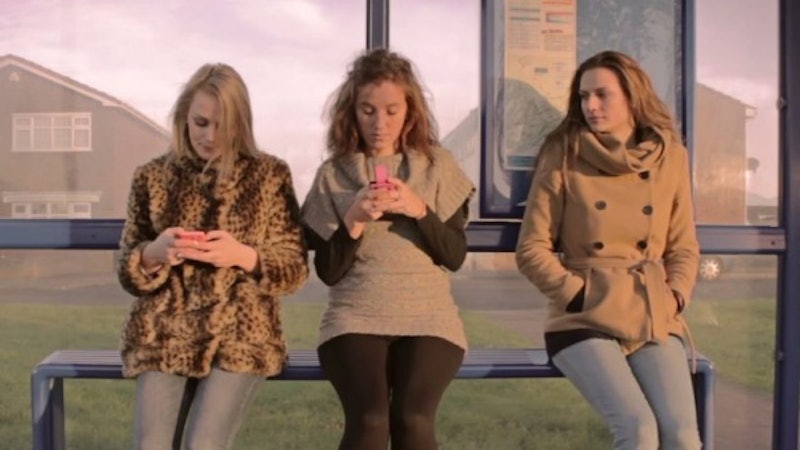 How many times have you looked up while out to lunch or at a bar and realized everyone — yourself included — was on their phones and not actually speaking to the person in front of them? Probably too many times to count. That’s the gist behind London writer Gary Turk's Look Up , a new short spoken-word film that highlights how social media is actually making people less social.

The five-minute clip follows various siblings, family members, and friends as they sit-by-side without speaking to each other, too wrapped up in their smartphones to even notice the other’s presence. Meanwhile, Turk performs his own written poem, during which he points out the pitfalls of connecting online instead of face-to-face and implores people to put down the phone and look up. “I have 422 friends, yet I’m lonely,” he starts off, later adding, “This media we call social is anything but, when it’s our computers we open and our doors we shut.”

The powerful video definitely gives an effective portrayal of the online generation …but there is one kind of hilarious twist. Look Up, which was uploaded to YouTube on April 25, has actually since gone viral on social media, getting tons of shares online and racking up more than 26.5 million views. Ironic much? I guess that’s what happens when you put a video about the dangers of social media on a social networking site.

Despite that, I think the message itself is worth listening to. Using social media is fine but moderation is key.