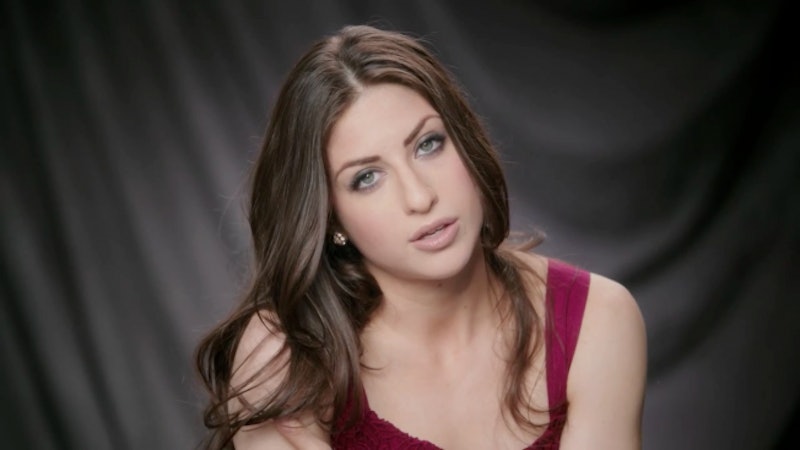 A video billing itself as "The Most Important 'Sexy' Model Video Ever" is currently making the rounds, so let's open this one up to discussion. Is it what it says it is? Maybe...once you find out what the ad is actually for.

It starts like a typical fashion shoot. A whole bunch of models are brought in and told that they're making a campaign for the sexiest of sexy brands. They're given a whole bunch of nonsense to spew out in as sexy a manner as possible: “What is sexy?” “What are your deepest desires?” “Lust!” “Lust is my mistress!” Typical stupid advertising stuff, right?

…Until the next cue card pops up: “Almost 800 mothers and 18,000 young children die each day, mostly from preventable causes.” Not so sexy. Downright sobering. And even though a number of the models try gamely to continue, they just can't. It's just too weird.

And that, of course, was the big reveal. The ad isn’t a commercial for Chanel No. 5 or one of those wacky “fashion film” things; it’s a part of Save the Children’s Mother’s Day campaign. Directed by Josh Ruben and Vincent Peone, AKA comedy writing, directing, and producing duo Josh + Vince, the genesis of the campaign began last year at SXSW. “We connected last year when Michael Amaditz from Save the Children saw our talk at SXSW about making funny content,” Peone told AdFreak. “They challenged us to come up with an idea that dealt with the subject matter in an evocative way.” They even cast someone to play the “director” character you see in the video: Aubyn Gwinn, who has actually worked on fashion film shoots in the past. Here, give it a watch:

So, did Ruben and Peone succeed? I’ll be honest: Even though I knew going into it that it was a Save the Children spot, I thought it was kind of bizarre. I wasn’t totally sure what there was to be gained by making a bunch of professional pretty people into professional pretty-but-awkward-and-uncomfortable people — until the line at about the 2:07 mark: “We can’t make this issue sexy.”

Aaaaaaaand that’s when it landed for me (sometimes I’m a little slow. Sorry). Sex sells; it always has. So how do you draw focus to an issue like child poverty that isn’t sexy, yet which is far more deserving of our attention than most of the “sexy” issues out there? As Ruben told AdFreak, the organic reactions from the models is key. “Viewers respond to visceral material like that, and the turn really hooks you in such a fun, darkly awkward way.” He added, “Save the Children already knew they wanted to use sexy content to drive attention to the cause, which is wise because, to put it bluntly, even the keyword ‘sex’ is an instant leg up for views.”

It’s true that these types of ads are blatantly manipulative: Their goal is usually to make the viewer feel what the baited-and-switched participants feel. But it’s also worth bearing in mind that all advertising is manipulative. That’s the point of it: To get you to buy a product, support a cause, or any of a million other similar things. Trying to garner support for a good cause may be a worthier goal than trying to get people to buy stuff, but the rules of the game are still the same. I kind of dig how Ruben and Peone used these principals to suck both their talent and their viewers in, and in that respect, I think they succeeded.

Maybe that’s just me, though. What do you think?

Image: Save the Children USA/YouTube

More like this
Why You're Seeing Green Bandanas At Abortion Rights Protests
By Lexi Inks
34 Quotes That'll Inspire You On Juneteenth & Beyond
By Syeda Khaula Saad and Siena Gagliano
What Is A “Softboy?” The TikTok Term & Aesthetic, Explained
By Courtney Young
Why Are TikTokers Slapping Each Other With Tortillas?
By Courtney Young
Get Even More From Bustle — Sign Up For The Newsletter