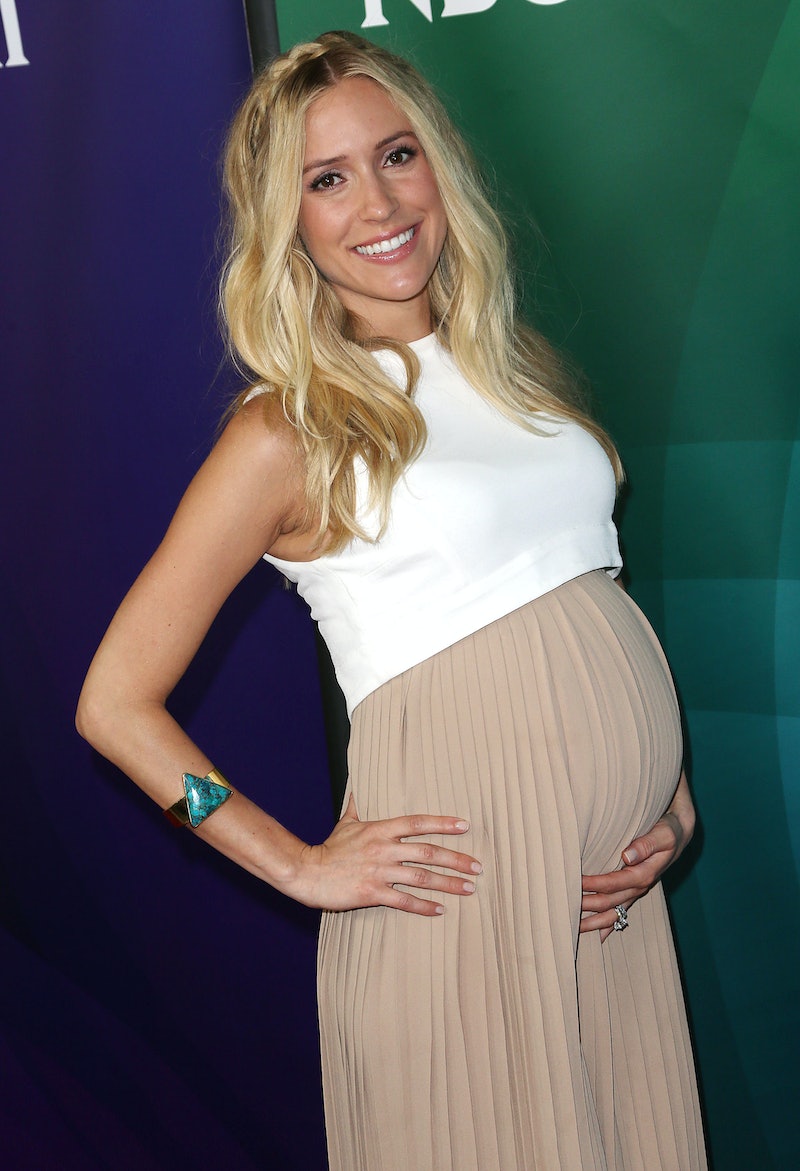 Everyone's favorite Laguna blonde Kristin Cavallari just welcomed another baby boy with her husband, Chicago Bears quarterback Jay Cutler. While I wish a heartfelt congrats to the happy couple (and I kinda love their name Jaxon Wyatt), something about the whole K. Cav being a mom of two thing struck me as odd for a few reasons. First, there's the sobering realization that 10 YEARS have passed since Laguna Beach first aired. Let that sink in.

Secondly, the fact that a cast member can have not one but two children (but, but, they're only high school seniors!) is really disconcerting. And lastly, when thinking back to Kristin's Laguna Beach and The Hills days, if I remember correctly, she wasn't always exactly the most, err... nurturing. Not that K. Cav wasn't always super fabulous and trendy, but she was sorta, kinda, the rugged villain to Lauren Conrad's aloof and hair straightener-obsessed Southern California heroine. She was awesome.

Now that Kristin is a mommy of two, what would her angst ridden, side-bang teenage self think of her life? What would she think of her son's names? Would she ever dream of marrying Jay Cutler when Stephen Colletti still exists?! (Where is Stephen, by the way?) Well, just for you, we took our time machines back to the days of Kristen the Younger, and got her opinion on a few things:

I NAMED MY KIDS CAMDEN AND JAXON?

THERE IS ONE PERFECT NAME IN THE WHOLE WIDE WORLD AND THAT IS:

HOW TEEN KCAV REACTED TO THIS PICTURE:

When YOUNG K. CAV was TOLD SHE MAINTAINED HER ROCKIN' BOD THROUGHOUT HER PREGNANCY, she was all:

WHEN ASKED HOW THIS PICTURE MAKES HER FEEL:

WHEN ADULT K. CAV IS ASKED HOW THAT PICTURE STILL MAKES HER FEEL:

WHEN SHE FOUND OUT SHE HAD TO ABSTAIN FROM ALCOHOL FOR 18 MONTHS OF HER LIFE:

WHEN TOLD THAT STEPHEN COLLETTI HAS SINCE DISAPPEARED OFF THE FACE OF THE PLANET:

YOUNG KRISTIN'S TAKE ON LC STILL BEING SUPER BEAUTIFUL AND EVEN MORE SUCCESSFUL: