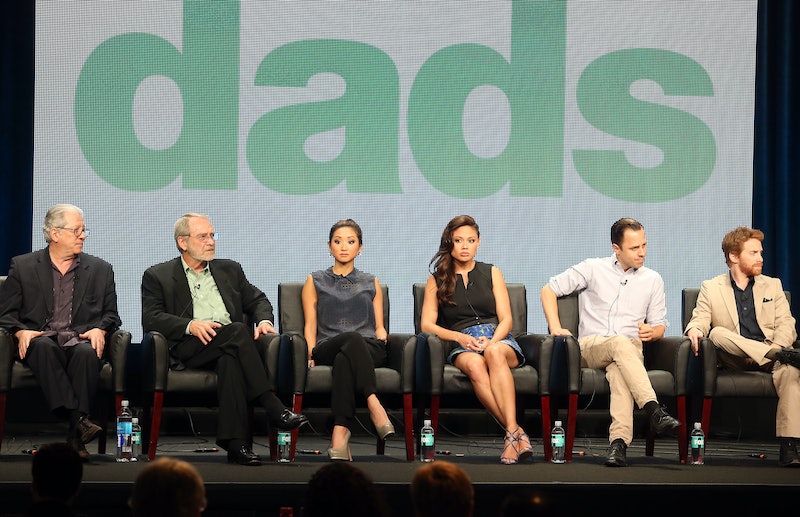 It's season finale season, and you know what that means: Not everyone's making the cut for next year. One casualty? Fox has canceled Dads , overjoying critics but likely seriously bumming out Seth MacFarlane. Also canceled: Surviving Jack and the underrated Enlisted.

This news comes a few months after Dads co-executive producer Mike Scully told The Wrap that they were "confident, not cocky" that the show would be back for a second season. Instead Dads can count itself among today's Fox casualties, joined by two fellow freshman comedies. Alongside these Fox has also pulled the plug on a number of comedy pilots, including Fatrick, No Place Like Home, and Dead Boss.

Still, some hope still lives on at Fox: Cabot College — AKA one of the comedies Tina Fey's developing — is still considered one of Fox's biggest contenders for next season. So is Justin Long's Sober Companion, apparently.

Dads has been a critical nightmare since the very beginning, and Surviving Jack and Enlisted never quite gathered the audience support they might have deserved. It's the axing of Dads that can probably tell us the most about Fox's mindset right now, though: That's a show that's performed pretty solidly in the ratings despite its unrelenting abysmal reviews — and those ratings have beaten some of the things that Fox did renew. It could be theorized, then, that Fox is putting its weight behind the shows it believes audiences — and critics — can really get behind, and not just focusing on the bottom line. It's a sort-of step towards that commitment to quality getting rid of pilot season seems to yearn for.

So we'll be mourning Enlisted (and Dead Boss), but there are parts of today's cancellations that actually seem to point to a nice change.