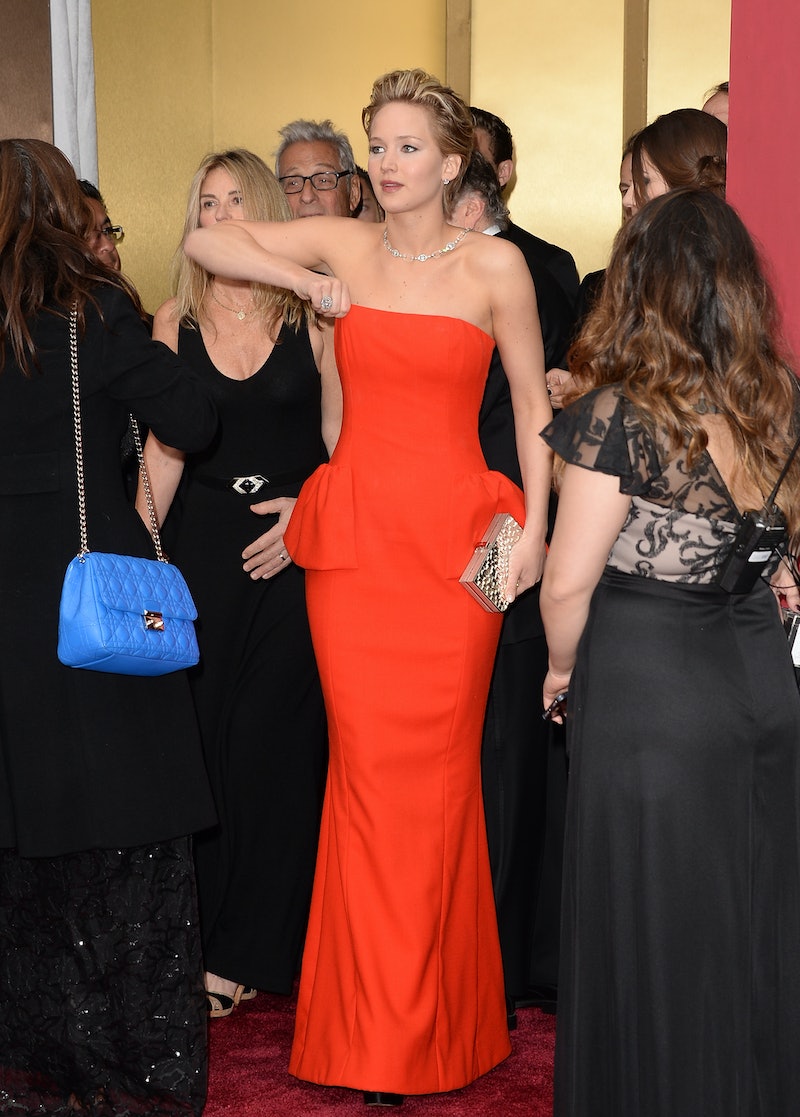 Imagine a world without Jennifer Lawrence GIFs — that sounds like the worst place ever, right? Well, if the J. Law haters get their way, we won't be seeing much more of the quirky Hunger Games star we fell in love with. Lawrence was unlawfully slammed during awards season by Joan Rivers who called for her to "grow up" and Jared Leto, who claimed her personality was all an act. Nice job, life-ruiners, because Jennifer Lawrence doesn't want to be a GIF anymore and now we're all really sad.

But why? I, for one, love J. Law in all of her GIF-able glory — so I'm just appalled that the haters have gotten this far into Lawrence's head to make her think that we'll all eventually hate her. (I mean, she's not Anne Hathaway, but I guess that's a cautionary tale of unnecessarily strong hatred if there ever was one.) But to take all of our GIFs away? C'mon, J. Law, you can't do that to us — we just love them and you so much. In the upcoming June issue of Marie Claire , Lawrence told the magazine:

Nobody can stay beloved forever. People are going to get sick of me. I’m way too annoying because I get on red carpets and I’m really hyper, most likely because I’ve been drinking, and I can’t not photo-bomb somebody if it’s a good opportunity.

Do you see what you've done Joan Rivers and Jared Leto? I get what Lawrence is trying to say here and that she's trying to decrease the haterade before it becomes overwhelming, but we all understand the importance of a well-placed photobomb. Especially now that awards shows seem intent on hitting the four-hour mark every damn time — someone needs to break up that monotony. And there's no one better than J. Law for that. The actress went on to say, in regard to toning down her "act":

It’s something I always tell myself: ‘You need to calm the [bleep] down. You don’t want to constantly be a GIF.’

Never change, J. Law because selfishly, I don't want to live in a world without J. Law GIFs. I mean, how else am I supposed to express myself?