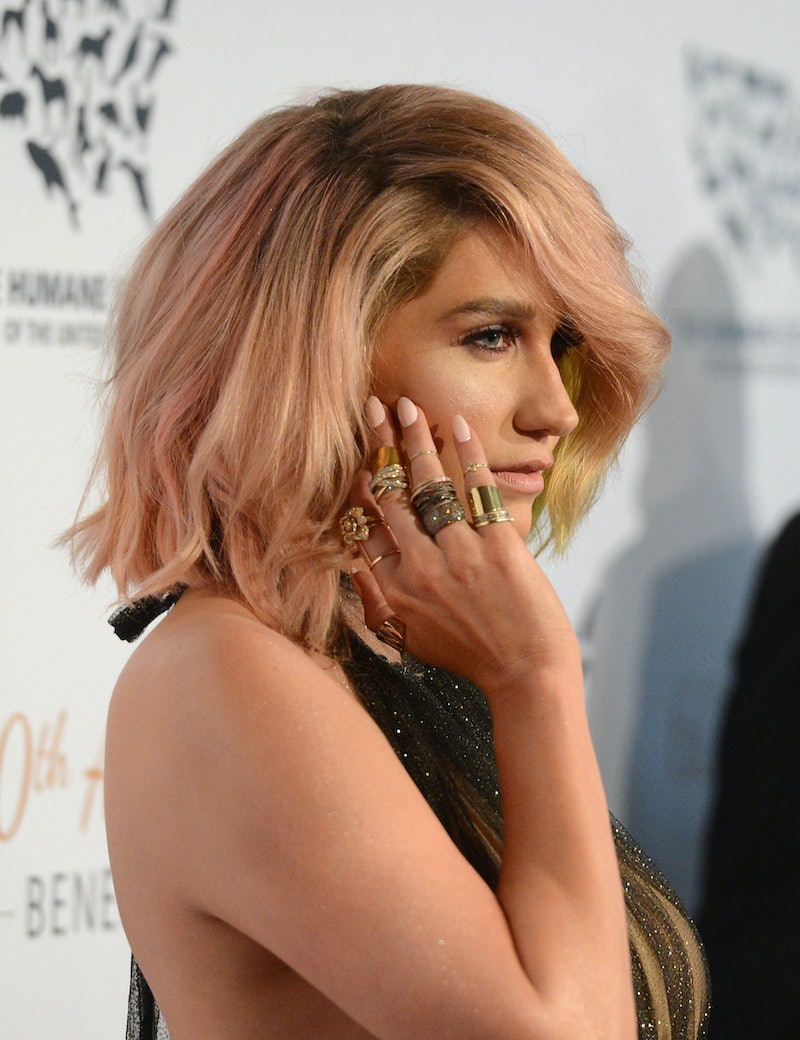 Last week, Paranormal Activity 2 actress Natasha Blasick claimed she had sex with a ghost. She was home alone when she felt the ghost “push her down on her bed and force herself on top of her.” She liked it. In her words:

Their hands were pushing me against my will and then I could feel the weight of their body on top of me but I couldn’t see anybody…At first I was very confused then I decided to relax and it was really pleasurable. I really enjoyed it.

This not-as-obscure-as-it-should-be phenomenon — in which people believe they've been seduced or violated by a supernatural element — is known as “spectrophilia.” In 2012, Kesha told Ryan Seacrest that her song “Supernatural” was inspired by having "sexy times" with a ghost.

Patti Negri, a Hollywood psychic, insists spectrophilia is more common than you might think. “I’ve got clients worldwide who have had this experience.” Typically, a significant other will die and then come back, in the form of an invisible spirit, to have sex with the mourning spouse.

Benjamin Radford of Discovery News notes that reports of spectral sexual partners can be found in folklore from thousands of years ago. Thomas Aquinas believed demons could seduce human begins, particularly while they were dreaming. William Butler Yeats believed in a particular evil woman fairy — known as the “Lhiannon-shee of Ireland and the Isle of Man” — who would drain the life of the men she seduced."

Of the sensation, Radford writes:

Often the sexual feeling happens late at night in bed (instead of, for example, while commuting or raking leaves). Many people feel these sensations either while sleeping, or going into or out of sleep. Psychologists know that this is a time when people are vulnerable to common (and harmless) hallucinations—including sexual experiences. Few people who are visited by these seductive specters complain about it, so if you experience it, there’s little to fear.

According to folklorist David Hufford, 15 percent of people claim to have been assaulted in their sleep by an unknown, ghost-like entity. 15 percent? There are more people in this world who believe they've had ghost sex than there are people who are left-handed? I find that hard to believe.

Here's how it goes down: Typically, the ghost will force himself (or herself) on the sleeping and/or dreaming target. While Blasick claims she experienced a sort of warmth and support and love during the episode, most people who report ghost sex feel violated and cold.

Ghost researcher Alexandra Holzer told The Huffington Post that "the people who report having sex with a ghost report feeling pressure on them and even penetration, but ghosts don't have warmth. When they're in the room, it's a very cold environment."

Obviously, no scientific evidence backs up the spectrophilia phenomenon as legitimate, but experiencing something doesn’t necessitate legitimacy. I’m sure Blasick is certain that she’s been penetrated by a ghost. Kesha, too. And isn’t it convenient their ghost-sex confessions came forth at the exact moment they were promoting new projects?

More like this
18 Hinge Prompt Answers To Try If You’re Looking For Something Casual
By Lexi Inks
How Ovulation Affects Your Sense Of Smell, Libido, & More
By JR Thorpe and Lexi Inks
Channing Tatum Wants To Remake This Iconic '90s Film
By Darshita Goyal
The Razzies Set Age Limit After Backlash For Nominating A Child For Worst Actress
By Radhika Menon
Get Even More From Bustle — Sign Up For The Newsletter
From hair trends to relationship advice, our daily newsletter has everything you need to sound like a person who’s on TikTok, even if you aren’t.