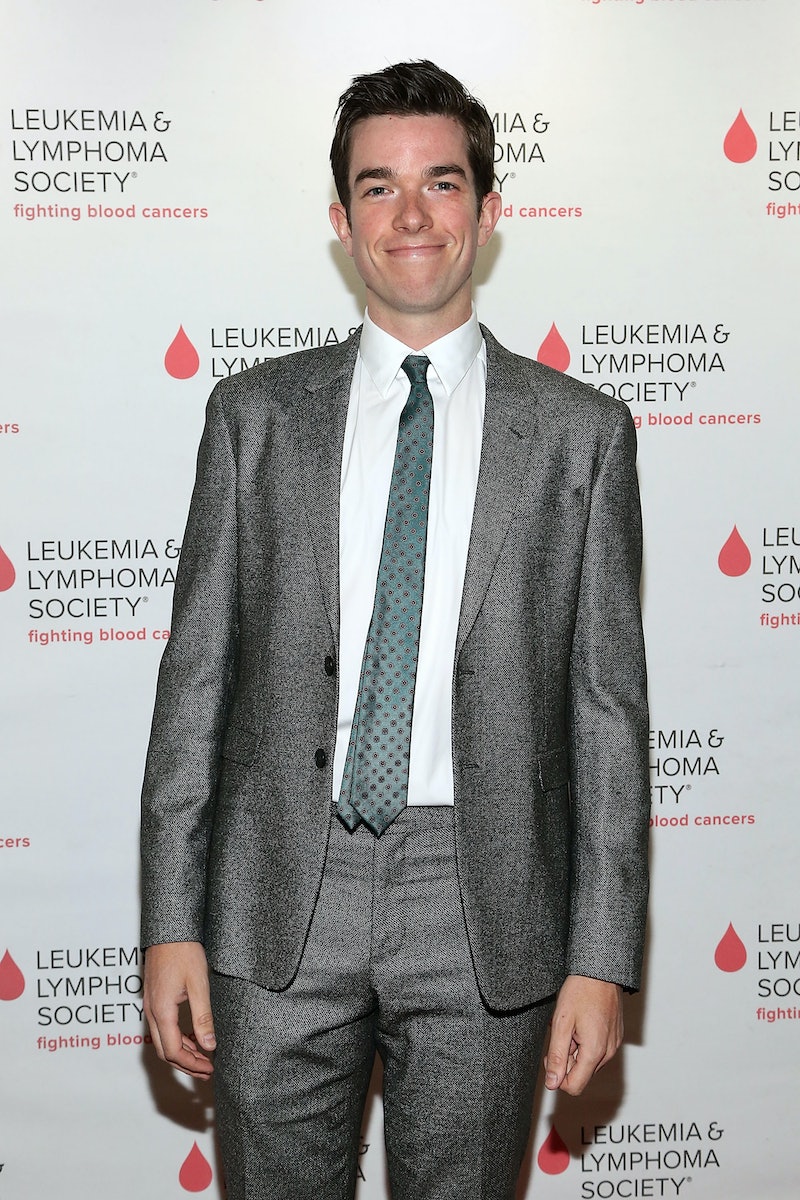 The current TV season may not be over yet, but we already know what your favorite show of the new fall season is going to be. Standup comedian and former Saturday Night Live writer John Mulaney will star in his own Fox sitcom, Mulaney, alongside Elliott Gould, Martin Short, and SNL's Nasim Pedrad. Fox is so confident in the series that they've already ordered 16 episodes and on Wednesday, Entertainment Weekly released exclusive photos from the set of Mulaney to give eager fans a sneak peek at the series. But really, we don't need photos. The key to Mulaney has been right in front of us this whole time in Mulaney's standup.

Many people were first introduced to Mulaney through his first hour-long comedy special, 2012's New In Town, which served as an excellent first impression. Anyone who's seen it shouldn't have been surprised to hear that Mulaney would be a multi-camera sitcom, as the comedian discusses his love for classic sitcoms like The Cosby Show.

However there's more to learn from New In Town and Mulaney's other standup than his affinity for the multi-camera format. Many of his jokes cover topics and parts of his life that will likely be seen on Mulaney, since it's semi-autobiographical and Mulaney will serve as a writer and producer.

Let's see what we can predict about Mulaney using his standup.

How to Get Around New York City

Mulaney will be set in New York, which means no character should ever ask for directions, unless they want to be answered by a hilarious impression of a Def Jam comic. And if Mulaney ever wants to do something luxurious, expect him to rent a limo and order a pizza.

How to Deal with Bullies and Chauvinists

Mulaney was bullied as a kid for a very random reason, but it taught him a valuable lesson about how to stand up to jerks. Don't expect to see him being pushed around too much on Mulaney.

Even though he's actually 31 years old, Mulaney think he looks more like a kid than an adult. He also claims to be turning into his mother, which could make for some amazing jokes on the show.

Thinking of himself as a child can cause problems, however, because other people probably don't see him that way. Once again, endless potential for Mulaney.

So we know Mulaney prefers Jewish women and tends to let his girlfriend take the lead. In his actual life Mulaney is engaged, but hopefully we'll get to see him in different stages of dating on Mulaney, since apparently he's just as funny single as he is in a relationship.

If that's what Mulaney and his friends can come up with as kids, just imagine what he can do as an adult—especially when partnered with Short or Pedrad.

The Best Way to Spend a Weekend

Actually, maybe Mulaney should keep this one out of the show. Doing nothing might not be the best way to draw viewers.

The Perils of Travel

It's safe to assume that Mulaney will stick to New York, that way no one has to worry about driving.

The Dangers of Binge-Drinking

This has to be one of Mulaney's best jokes, so at least parts of it should make it onto Mulaney. Maybe a flashback to the now-epic night or a dramatic retelling of the story? It doesn't matter how, but Mulaney's binge-drinking past needs to appear on his show.