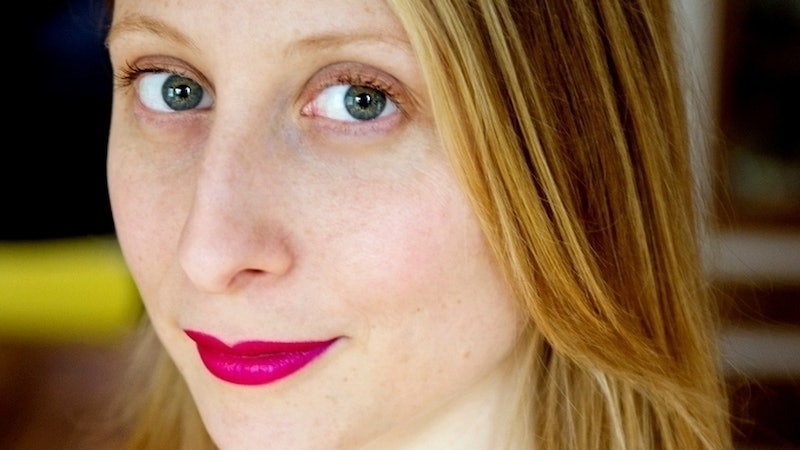 When Emma Straub's first novel, Laura Lamont's Life in Pictures, was published in 2012, it achieved the type of success most debut novelists only dream of: rave reviews from magazines, inclusions on year-end "best-of" lists, glowing endorsements from Pulitzer Prize-winners and New York Times bestselling authors. So when it came time to write her second book, The Vacationers (Riverhead), Straub knew exactly what to do: the exact opposite.

The Vacationers, a modern-day, summer-set read about a family that travels to the Balearic island of Mallorca, is certainly a contrast from Laura Lamont, a decades-spanning, Hollywood-based epic. Yet while fans of Straub's first novel might be worried by such a drastic switch — why mess with a good thing? — they shouldn't be; The Vacationers is Straub's finest work to date, a satisfying, carefully observed novel that's a "beach read" only in setting, not simplicity.

Still, there's no question that a novel spanning just a two week period, with the only deep preparation required being knowledge of a Spanish island and a love for good food, must've been a relief to write after the historically-bound Laura Lamont.

"I had a lot of fun writing this book," Straub says. "It felt really natural, just the tone and the pace... I knew these characters really well, I’d been writing about them for years, and everything just sort of clicked into place."

From the first pages of The Vacationers, those characters — an estranged husband and wife, their college-bound daughter, their son and his much-older girlfriend, the wife's best friend and his partner — feel as familiar to the reader as to Straub. Sixty-year-old Jim tries to win back his wife after cheating with an intern; Sylvia, 18, hopes to lose her virginity to someone other than one of her immature high school classmates; Carmen, nothing like her verbose, literary-minded Post family companions, struggles to fit in with people who've never succeeded in hiding their disdain for her. All of the novel's characters are compelling, but it's Carmen, the odd one out, who earns the most sympathy.

"I think all families have scapegoats and patterns they fall into," Straub says. "I wanted to think about how an outsider would see this family and how that family would see the outsider."

To do so, Straub wrote the novel from the different perspectives of the seven main characters, all of whom, as expected, spend their time on the island quite differently.

"I think that’s how it is when you go on vacation with lots of people. Not everyone has the same experience," Straub says.

It's the group's scenes together, however, that are the most enjoyable — perhaps not for the characters, but for the readers.

"I think I’m sort of weird in that I actually like to go on vacation with my family," Straub says, laughing. "I think for most people it’s sort of a fraught experience."

And never more so than for teenagers, such as The Vacationers' Sylvia, a bright, writerly high school graduate whose enthusiasm for the trip is dampened by memories of a mortifying, drunken, makeout rampage at a party a few days before. Mallorca is her pre-college escape, a foreign location with people who don't know her and Wi-Fi not strong enough to revisit those incriminating photos.

"There's nothing like a teenage girl, you know?" Straub says. "I think I cried every single day, and I was really happy, and I did things I shouldn’t have and with people I shouldn’t have. It’s when you experiment and when you sort of figure out who you are. I’m sure that this is also true for teenage boys, but I don’t know, there’s something about a teenage girl that I just can’t quite get away from."

Straub's fondness for adolescence is no surprise to readers of Rookie, the teen-focused website run by Tavi Gevinson, for which Straub is a staff writer.

"Everyone who writes for it, who edits for it, who takes pictures for it, they’re all such, such smart women," she says, "from Tavi on downwards. It’s a really magnificent and magical corner of the universe, and I feel so lucky I get to hang out there."

On Rookie, Straub writes about everything from how to handle jealousy to why it's okay to love The Bachelor, penning wise, funny essays aimed at teaching female readers all of life's big lessons.

"Teenage girls now are much, much smarter than they were in my day," she says, adding that one of her future plans is to write a YA novel.

"I would love to try my hand, because I don't know about you, but that’s really when I just ate books up, Nancy Drew and Lois Lowry and all those people. I could read six books a day, I just loved it so much," she says.

Now, Straub's reading tastes are a bit more mature. She counts Lorrie Moore, her former grad school professor, as a favorite and "a goddess", and it's clear the affection is mutual. In 2012, Moore called Straub's short story collection, Other People We Married , "a revelation... she [Straub] is a terrific new talent;" in return, Straub recently told The New York Times that Moore is "sort of like the Stevie Nicks of the M.F.A. universe: beautiful, mysterious, magical." Earlier this spring, Straub taught a writing workshop at Vanderbilt University, a position recommended to her by Moore (seen with Straub at a March event, below).

Other must-reads include Meg Wolitzer, a "super-, super-favorite," and Ann Patchett, whom Straub described as "another one of my heroes."

"All of those women have always been so friendly to me, and so encouraging, and I just adore them all," she says. "They’re incredible."

And Straub has no hesitation making this reverence known on Twitter, where she recommends novels ("@EmilyMandel's new book is so fucking good it is going to melt your face off") and praises fellow authors ("@GilbertLiz, I really do want to go on vacation with you") to her nearly 17,000 followers. It's also where she posts about Parenthood, re-tweets Donnie Wahlberg, and name-checks Nashville characters like a true-blue fan, but don't expect to see that passion for pop culture roll over into her fiction.

"For some reason I'm hesitant to include all of those trappings of my daily life," Straub says about her preference to have her novels lack evidence of their modern-day creation. "It’s sort of a little bit old fashioned of me, how little I let that creep into my fiction."

When there is the occasional hint — a cell phone searching for service, a girl cringing over social media-shared photos ("yeah, I was proud of myself for getting Facebook in there," Straub says, laughing) — it acts only as a reminder of how engrossing the author's novels truly are. Whether set in Hollywood or Mallorca, 1920 or 2014, Straub's works feel relevant and true, their settings only backdrops to the real issues of family and relationships, identity and love, all of which Straub handles remarkably.

As for her next work, she's only beginning to plan; busy with promoting The Vacationers, out May 29, and raising an eight-month-old son, River ("my brain has been on maternity leave," she joked), Straub has a few ideas, but hasn't written anything concrete.

"I don’t know what I’ll write next," she says. "Maybe it’ll just be a normal novel, one that doesn’t take two weeks and doesn’t take fifty years. Somewhere in between. "

Perhaps it'll be that YA book, or maybe it'll be another historical work, like Laura Lamont. Or maybe it'll be something entirely different, another drastic change in tone and plot. After all, as Straub proudly says more than once during our interview, "I do like a challenge."