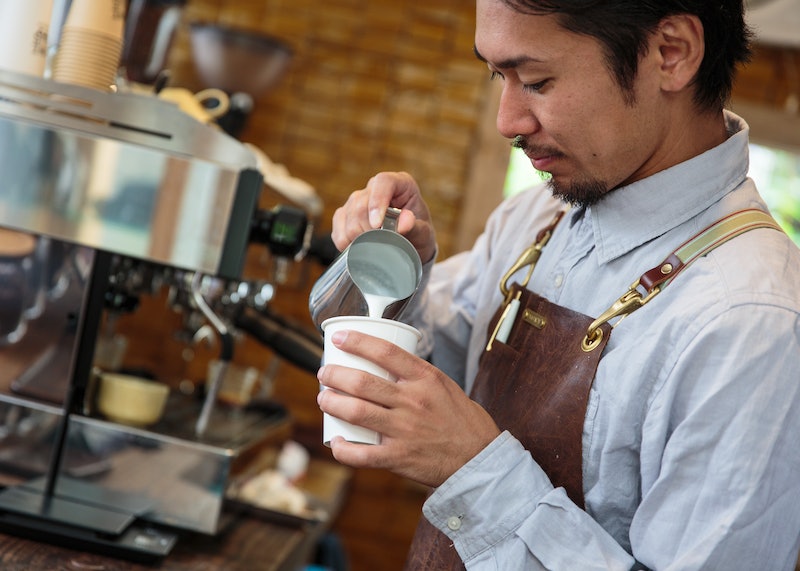 OK. That’s it. Clearly we can trust nothing anymore, so I am giving up on the modern world. Here’s why: Everyone is lying to us — even our favorite coffee shops (bad news for coffee-obsessed cities ahead). It’s extremely likely that our java stops of choice are using something called the “decoy effect” to sucker us into buying bigger drinks, according to a piece from United Academics Magazine currently running on Business Insider.

Is nothing sacred? Le sigh!

Anyway, my ranting aside, here’s the story: We already know that adding a “medium” size to any menu makes “small” look a little too cheap to order. We kind of suffer from Goldilocks Syndrome in that respect: With the inclusion of a third size, one size looks too big; another looks too small; but the middle one is juuuuuuuuuuuust right. Apparently, though, the “medium” size can do something even more insidious if it’s displayed strategically close to the “large” option. In this case, it makes the most expensive option — “large” — look like a better deal. This “decoy effect” is also sometimes referred to as the “asymmetrically dominated alternative effect,” a title which, unpacked, means that the third alternative (the decoy, AKA the medium drink) is being dominated by the target (the larger drink).

So: Why does this trick work? There are a lot of possible explanations, but one of the most convincing says that it depends on our need to justify a decision to others. However, maybe I was a little too quick to despair about this whole thing; apparently you can twist the decoy effect on its head and make it work to your advantage. According to The Simple Dollar, you just need to figure out two numbers. First, focus on shopping per unit — that is, convert everything to how much it costs per unit, so if you’re, say, buying a bag of cookies, convert everything to the cost per cookie. But also make sure you figure out in advance how many units you actually need — so, how many cookies will you eat before they go stale? Putting these two figures together helps you accurately assess what size you actually need. With coffee, I’d say calculate it based on how much caffeine you need, but there are probably other ways around it, too.

Get what you need and feel smug for gaming the system while you're at it? I'll take it!