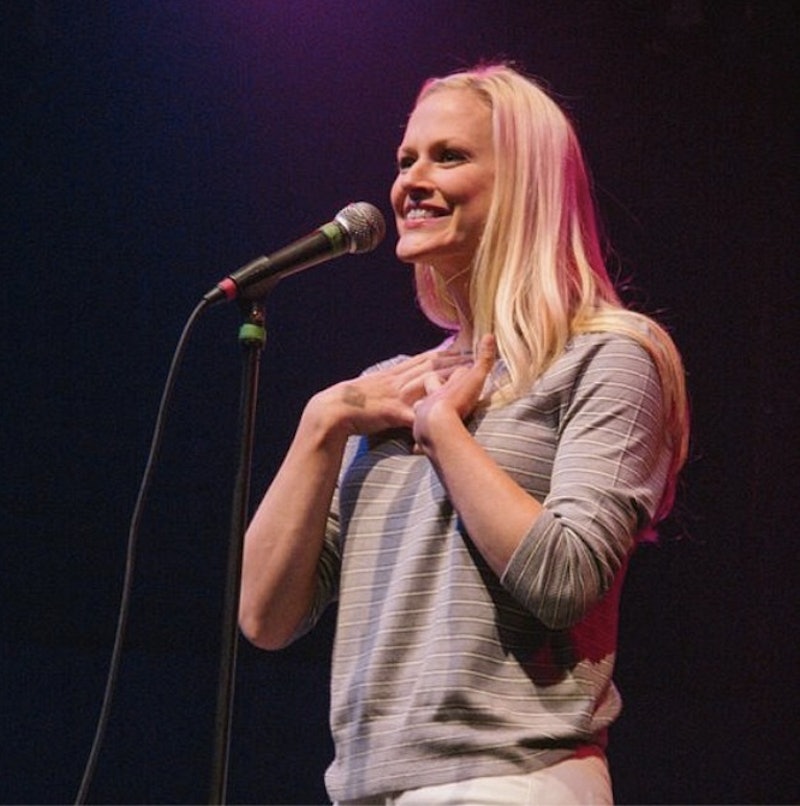 It’s hard to believe that the MTV reality competition show The Challenge is in its 25th season, but here we are. Through it all we’ve seen lots of blood, sweat, and booze. Challenge veteran Susie Meister recently published a personal essay on Salon titled “Confessions of a Serial Reality TV Star” and she lets readers into the slimy world of the MTV franchise. From her days on Road Rules: Australia through her five seasons on The Challenge , Meister witnessed and participated in series that were, as she claims, designed to bring out the worst in people.

First, the people you see are cast in part because they lack the discernment found among civilized adults. Second, the cast is banned from bringing books, music, television, phones, cameras, computers, games and other forms of entertainment that would distract from cast interaction. Third, production provides the cast with an abundance of alcohol.

And what’s more concerning about the “design” of the MTV series as we learn from Meister, it’s that bad behavior rarely has consequences. The semi-retired reality star gives plenty of examples of gross violence and sexism that occur during filming and how the production teams rarely do anything to intervene. She likens her experience with The Challenge and MTV to being in an abusive relationship where she knows it’s hurting her, but she can’t walk away.

We can't say whether or not Meister's experience is true for all of the show's participants, but her account is unnerving to say the very least. Though reality TV is built for "escapism," we have to wonder at what cost. Here are the most harmfully sexist things we learned about The Challenge through Meister’s account:

Women are targets for bullying

Meister says: “Since the teams are coed, at times the women do not meet the athletic expectations of their male teammates, and are therefore seen as a nuisance or worse, exacerbating existing gender tensions.”

Sexual Assault Charges Went to Court But Not to Television

“Tonya Cooley alleged that while passed out drunk, Kenny Santucci and Evan Starkman inserted a toothbrush into her vagina and assaulted her while others (including producers) watched. She claimed to know details about the incident despite being, by her own admission, unconscious...The case ended in an undisclosed settlement that precludes all involved parties from discussing it publicly.”

“Two cast members drunkenly came into my bedroom, woke me up, and one of them climbed the ladder to my bunk bed. He later said he was just being ‘playful’... but the behavior was still aggressive and unwelcome. After I said no, yelled no, and swore at him, he still refused to descend the ladder and leave the room. I punched him and he fell to the floor. The other cast members called for me to be sent home for violence and one male cast member said that ‘I shouldn’t come on these shows if I don’t want to party.’”

No one is safe

Everything is Made to be Violent and Sexual

“I participated in a one-on-one challenge with another female where we attempted to wrestle a rope away from each other. To the viewers it seemed to be raining, but actually production set up a sprinkler to create the illusion of rain. One male cast member described the battle as his ‘wet dream’ come true. This sanctioned violence and produced sexuality is clearly designed to make the show appealing to its target audience, but it’s toxic on the inside.”

The stars have a hard time walking away

“I still find myself tempted by the idea that someone finds me compelling enough to watch ... But I’m looking forward to the day when I can confidently say that I’m breaking up with reality TV for good.”