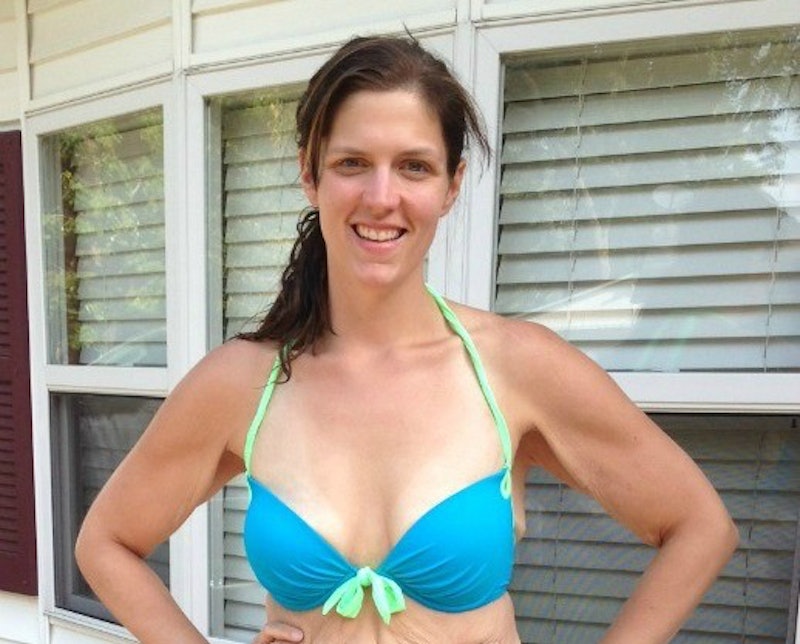 If we’ve ever had a demonstration of the power of going viral, this is definitely it: Brooke Birmingham, the weight loss blogger who shed an incredible 172 pounds only to have a Shape magazine story about her canceled after her “after” picture was rejected, will be appearing in Shape after all. Birmingham and Bahar Takhtehchian, Shape’s Editor-at-Large, appeared on the TODAY Show this morning to discuss the recent uproar — and together, they revealed something pretty amazing. An upcoming feature in Shape’s print magazine — not just the website — will showcase Birmingham and five other real women to, as Takhtehchian put it, “start a larger discussion about what happens after you lose a significant amount of weight.” Continued Takhtechian, “There’s a journey after the weight loss journey, and those are the questions and the issues that we want to talk to Brooke and the other ladies about.”

In a lot of ways, this is a victory. Shape is stepping up to the plate, not only showing real women, but also opening the door to a necessary conversation about what women can expect after a significant weight loss. Getting into shape doesn’t end once the pounds themselves have come off; it’s not a movie and the credits don’t start to roll. There’s a whole new set of challenges to conquer on the other side of any big change, and if we really want make ourselves the best we can be, the aftermath needs to be addressed — not just the beginning part. I applaud Shape for that. Oh, and Brooke’s bikini picture, by the way, will definitely be appearing in the feature.

In other ways, though, it may not be quite the victory we’d like it to be. According to Birmingham’s initial account, the story was scrapped after she declined to send another photo; although the writer she was in contact with encouraged her to reconsider, apparently the only way the story was going to run was with a picture that showed Birmingham wearing a shirt. After Birmingham said “no” to changing the picture, that was that and the story was shelved. As such, the cynic in me can’t help but think it really, really sucks that it took this big a kerfuffle for Shape to say “yes” to featuring Birmingham in all her amazing, bikini-clad glory.

Furthermore, it’s been pointed out by many, including The Gloss, that Shape’s response — blaming the cockup on the freelancer who was writing the story — was possibly not the best way they could have handled the whole thing. We don’t know all the facts, and the freelancer hasn’t come forward to tell her side of the story; the possibility exists, though, that Shape pretty much threw the writer under the bus to absolve themselves of any wrongdoing. That’s the story they’re sticking to, but because of both conflicting information and the outright lack of information, there’s no resolution to this part of the tale — and the upcoming feature with Birmingham won’t provide it, either.

I suppose at least it’s a step in the right direction, though. We learn by making mistakes; it’s unfortunate that this is a lesson that actually needed to be learned in the first place, but hopefully Shape and other publications like it will take Birmingham’s experience to heart in the future.