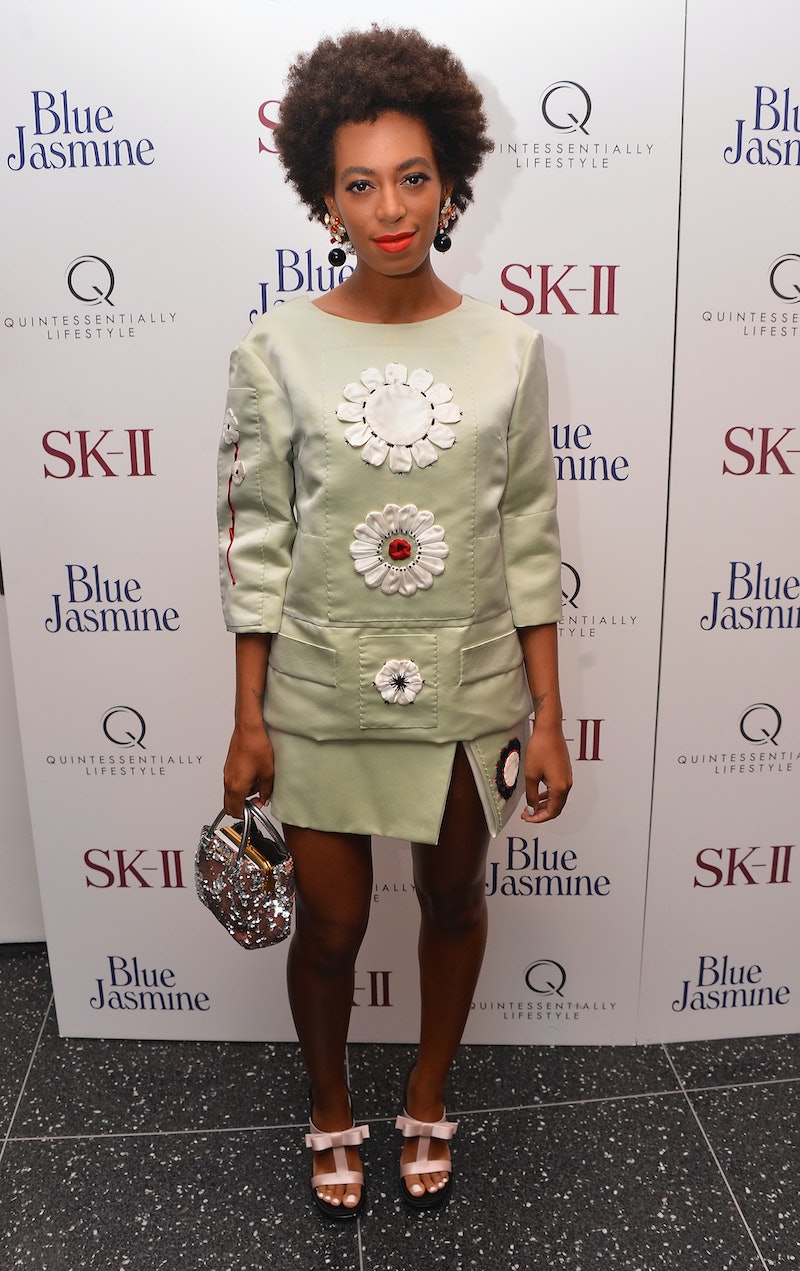 To the shock of basically everyone who uses the Internet, a video of Solange attacking Jay Z was released on Monday. In the video, which is surveillance footage from an elevator, Solange is shown pushing and throwing punches at Jay Z and attempting to kick him once a security guard starts holding her back. Jay Z doesn't touch Solange other than in an effort to get her back into the arms of the guard and when he grabs her foot after she kicks him. Solange, Jay Z, and Beyoncé, who was also in the elevator, were at a Met Gala after party at NYC's Standard Hotel.

News of the fight took the Internet by storm immediately after the footage was released by TMZ and, as always, most of the action was on Twitter. The hashtag #WhatJayZSaidToSolange began trending and users began tweeting about what Jay Z could have done to upset Solange. While it's filled mostly with jokes about Jay Z insulting Solange's music career, it does raise the question of whether making fun of this situation is even okay. She actually did attack him and, while it seems from the video he wasn't hurt, that seemed to be her goal.

If the roles were reversed and Jay Z attacked Solange, the reaction would be completely different because it would be a man attacking a woman. There definitely wouldn't be a #WhatSolangeSaidToJayZ hashtag trending. Not to say that this discrepancy isn't based on anything — Jay Z is much larger than Solange and could more easily get out of the security guards grip and really hurt her and Solange wouldn't be able to defend herself as though she were Jay Z's size. It's just that maybe a situation where someone is resorting to violence isn't the best time to make fun of her name and her music.

It isn't a stretch to guess that something verbal went down between the two and because Solange knew Jay Z wouldn't really engage in a fight with her, decided to make things physical. It also isn't a stretch to assume she regrets this behavior. Not only because video ended up getting leaked but because the person she attacked is her sister's husband. For these reason, it's easy to say, "Sure, this is fine to make fun of. It's a one time thing and they're okay." But it's interesting to think about how this would have gone down if roles were reversed.

Where are the lines drawn and should there be lines for this type of scenario at all? Is it okay to poke fun at a violent situation provided no one was hurt? Is it okay as long as the punches came from a woman and not a man even if he gets hurt? How much of an effect does what we know about these two people in particular (their fame, personalities) play a part? The answers aren't crystal clear, but it looks like many Twitter users dove right in without much consideration.