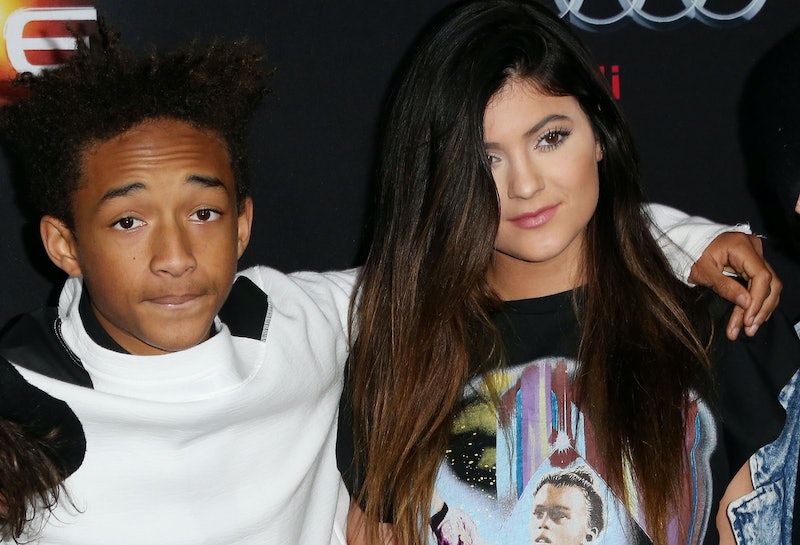 It's scandal round two for the Smith family as another shirtless-in-bed photo is circulating this time featuring Jaden Smith. Last week it was his sister Willow Smith who caught flack online for being photographed laying in a bed with her 20 year old actor friend Moises Arias. So it seems the press (read: tabloids) did what they do best and probed the blogs of Morias and his pals like Kylie Jenner until they stumbled across a similar photo. This time it's Kylie Jenner who is in the bed with a shirtless Jaden Smith. Though Jenner posted this photo to her blog in April, before Willow's pic even hit the internet, many are rushing to claim Jaden is "fanning the flames" by recreating the talked-about shot.

Of course instead of overanalyzing this picture and the Smith's parenting, we could, you know, stop sexualizing teenagers. Jada Pinkett Smith had a point when she placed the blame on us for turning the photo of her daughter into more than it was. "Here’s the deal: there was nothing sexual about that picture or that situation," Mama Smith told the paparazzi. "You guys are projecting your trash onto it. You’re acting like covert pedophiles and that’s not cool."

It wasn't cool the first time and it's not cool to do it with Kylie Jenner and Jaden Smith either.

The bottom line is that both Smith kids and Jenner are minors and the media needs to stop sexualizing their photos because it's creepy. Everywhere on Twitter, news outlets are reporting on these photos using promos designed to make your brain jump to analyzing what two teenagers are doing.

MTV is directly asking us to guess who Kylie is in bed with:

And Celebuzz did a similar thing with Willow's photo:

Just Jared promises the scandalous photo of Willow if you click the link:

And The Source Magazine makes it sound a lot worse than it is:

Certainly these things are written to get clicks, but behind it all is a creepy need to force us to gauge the appropriateness of what two kids are doing. They're kids. It's inappropriate to even have this discussion. It was bad enough that Willow Smith was sexualized at 13, but did the media really need to dig up this photo of Kylie and Jaden to add more fuel to their creepy fire? No. The answer is no.