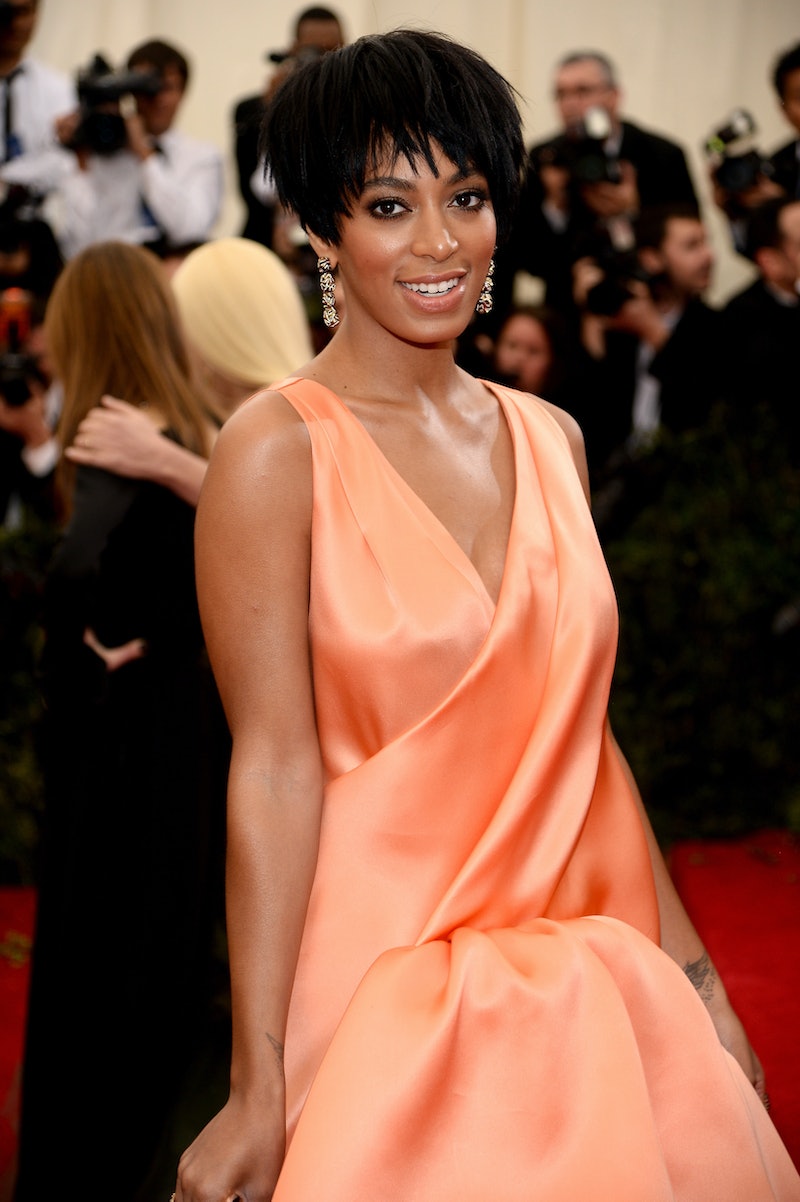 After video of Beyoncé's younger sister Solange Knowles attacking Jay Z in an elevator was released on Monday, speculation began as to why Solange would be so angry at her sister's husband and why Beyoncé didn't get involved. Now, TMZ has released a longer version of the video which shows that the fight didn't stop where the other video let off and shows that Beyoncé did, at least sort of, attempt to help out. TMZ says that they did not obtain this extended version of the surveillance tape until after they received the first one, but the reason for this is unknown. One thing's for sure, there are a lot of people who aren't so happy right now about the video getting leaked.

In the longer version, things continue for the most part as they did in the original tape with Solange going back and forth between being calmed by a security guard and lashing out at Jay Z. One of the differences is that at one point Jay Z can be seen going into the corner with Beyoncé positioned between himself and Solange. It looks like Beyoncé stares at Jay Z (maybe telling him something too, but there's no audio) and you get the sense that the couple are waiting for Solange's outburst to pass instead of giving into it.

While there are still a lot of unanswered questions here — Why was Solange upset? Is this the first time she's behaved this way? If not, are Jay Z and Beyoncé simply used to it? — the Standard Hotel is actively looking for the answer as to how the video got leaked in the first place. A publicist for the Standard released the following statement to The Grio,

We are shocked and disappointed that there was a clear breach of our security system and the confidentiality that we count on providing our guests. We are investigating with the utmost urgency the circumstances surrounding the situation and, as is our customary practice, will discipline and prosecute the individuals involved to our fullest capacity.

It seems probable that the video was leaked by someone who works (or worked) for the hotel, found the footage, and was paid by TMZ to release it. Obviously, the Standard is upset by the news and Jay Z, Solange, Beyonce, and their respective teams are likely even more so.

A rep for Solange has yet to respond to Bustle’s request for comment.