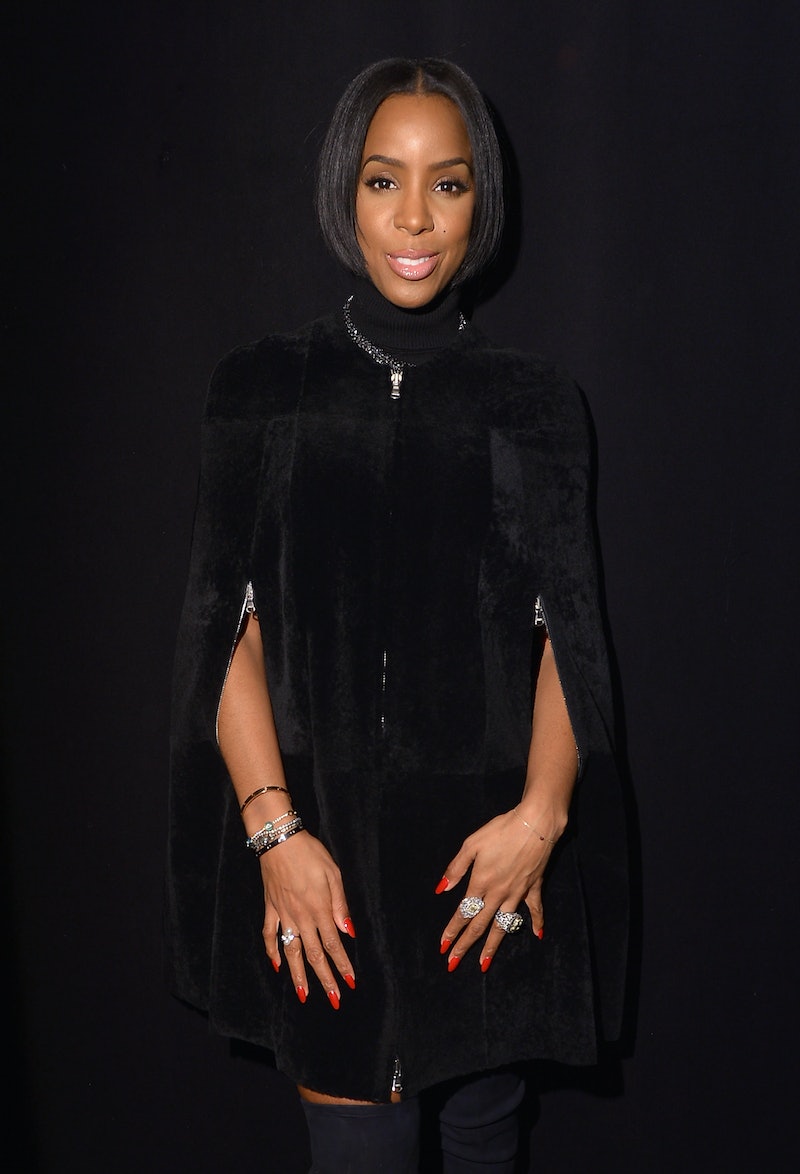 Before the video seen around the Internet arrived on the Web Monday, Beyoncé and Solange Knowles witnessed far happier days. Well, really, Kelly Rowland's happy day. According to multiple sources via Us Weekly, Rowland married boyfriend Tim Witherspoon May 9 in Costa Rica. But it's no wonder it was kept quiet until now — Us' source claims there were only "around 30 people" witnessing the nuptials.

And those 30 people included, of course, Rowland's fellow Destiny's Child member, Beyoncé, who, on Friday, Instagrammed a photo of herself in formal attire. Us speculates the look was bridesmaids wear, but, as Rowland, who announced she was engaged to manager Witherspoon in December 2013, told Hello Beautiful, she didn't plan on having anyone else besides Witherspoon at the alter. (This was Rowland's first walk down the aisle — she was previously engaged to Roy Williams, but the couple split in 2005.)

I just wanted it to be a nice peaceful day with just me, him and our mothers ... Nope [no bridesmaids]. And they’re not happy about that.

Of course Beyoncé et al wouldn't be satisfied with a bridesmaids-less wedding. After all, since when did the women of Destiny's Child ever appear together without semi-matching looks?

Not cool, Kelly. Not cool.

More like this
The History Of Taylor Swift's "All Too Well" & What The Lyrics Actually Mean
By Jake Viswanath
Bennifer's Relationship Timeline Now Includes A Grammy Date Night
By Jake Viswanath
9 Photos Of Celebrity Couples & Unexpected Duos At The 2023 Grammys
By Jake Viswanath
Vanessa Hudgens Is Reportedly Engaged To Cole Tucker
By Jake Viswanath
Get Even More From Bustle — Sign Up For The Newsletter
From hair trends to relationship advice, our daily newsletter has everything you need to sound like a person who’s on TikTok, even if you aren’t.