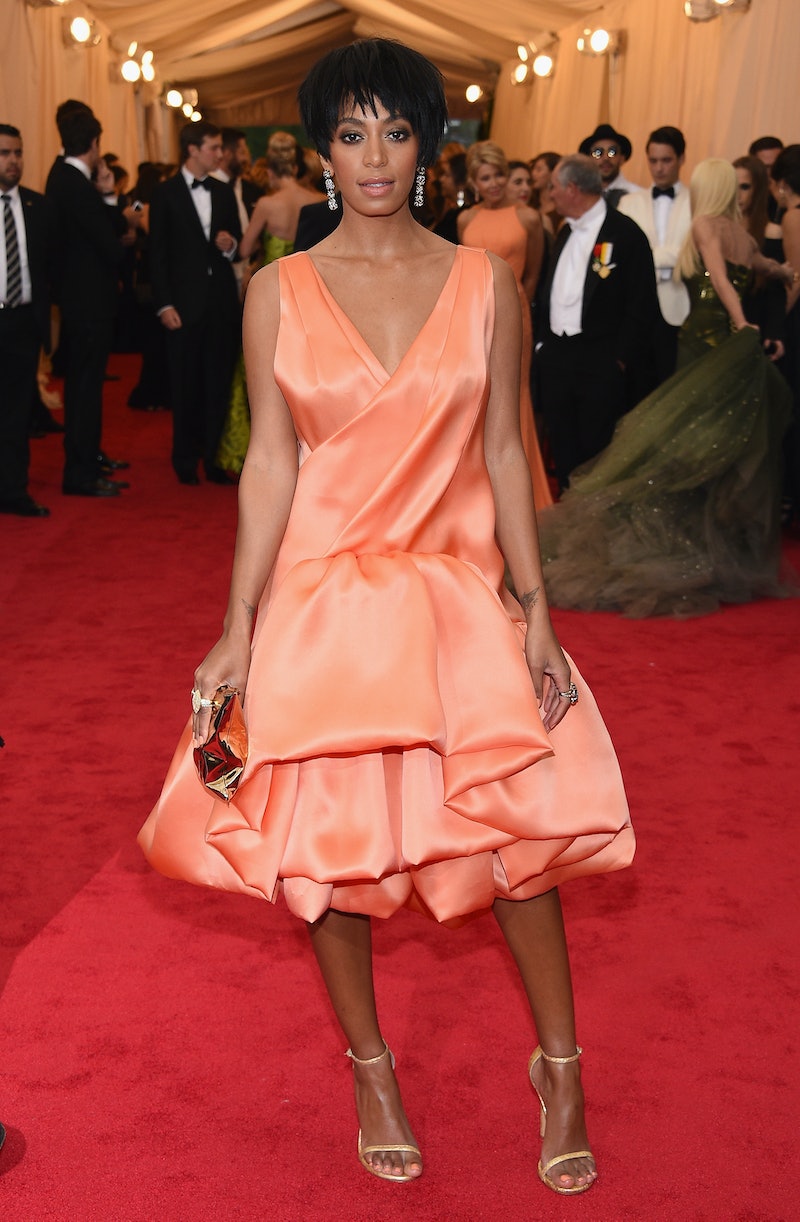 Surely you've seen the video by now — that harrowing video of Solange Knowles attacking Jay Z in an elevator, but according to a source who spoke to Us Weekly, Beyoncé and Jay Z are used Solange's erratic behavior. Apparently, that's why Beyoncé was so calm throughout the whole ordeal — this is apparently just an unfortunate thing that happens a lot for the singer.

The inside source says that:

Solange has flipped her lid like that before [ ...] She is genuinely a sweet and nice person but she also keeps shit real. She can take a small thing and it triggers her.

The source goes on to say:

This is not the first time this has happened [...] That's why Bey and Jay were so calm. They are used to this from Solange. It has definitely happened before.

But are these sources right? When else has she exhibited erratic, unpredictable, and unstable behavior?

Apparently, she had an outburst shortly before the elevator incident (and incident is putting it lightly — it was a violent attack). Solange allegedly yelled at designer Rachel Roy earlier at the Met Gala after party at The Boom Boom Room.

There have been previous reports of Solange's odd behavior: In 2009, she passed out at LAX, and blamed it on a NyQuil overdose, but I get it — NyQuil can get the best of you at times — and back in July 2013, Solange canceled a European tour on account of her mental and physical health.

Perhaps the tour cancellation, and the reason for it, indicates that the singer and mother — if you can recall, she was married and pregnant at 17 — has had some serious personal struggles with her own mental well being and perhaps they have been kept under wraps and in the privacy of her own home, as they should be. Remember: the video that's been circling the Internet was an elevator video, not a home video.