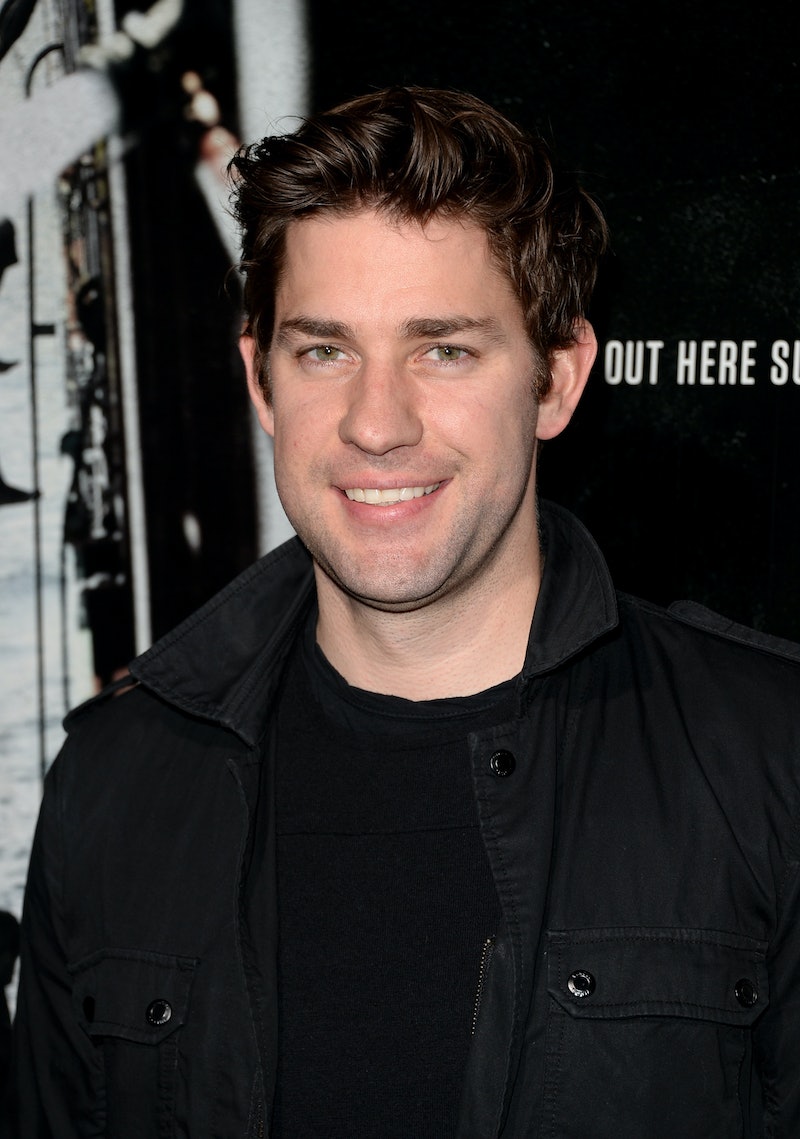 John Krasinski has been making us go "Awww!" since 2005 when he started playing the oh-so-cute, lovelorn Jim Halpert on The Office . From his tearful confession of love to Pam on Casino Night to their romantic "second" wedding at Niagara Falls, Krasinski mastered the art of the swoon thanks to his endearing performance as Jim. (It doesn't hurt that he has a naturally adorable puppy dog face and has some seriously hot lip sync skills.) And now, he's at it again. Krasinki posted a pic of daughter Hazel on Twitter and it's almost too cute for words.

No amount of classic Jim moments or hysterical late night talk show appearances or smoldering magazine shoots hold a candle to that of Proud Papa and Adoring Husband John Krasinski. The 34-year-old actor, who married his wife, actress Emily Blunt in 2010 (they began dating in 2008) has never been shy about declaring his love for her. During an interview on Ellen, John said he knew he was going to fall in love with Emily immediately. All together now: "Awww!"

Hope you saved up some of those "Awww!"s though: John and Emily welcomed their first child, a daughter named Hazel, to the world on February 16. While the star tweeted out the news of her arrival, today was the first time he shared a picture of their seriously adorable 3-month-old baby. "Pics of kids should only come direct from parents. So I'm thrilled to introduce you guys to Hazel!!! #NoKidsPolicy," he tweeted, along with a picture that will make you go... well, you know.