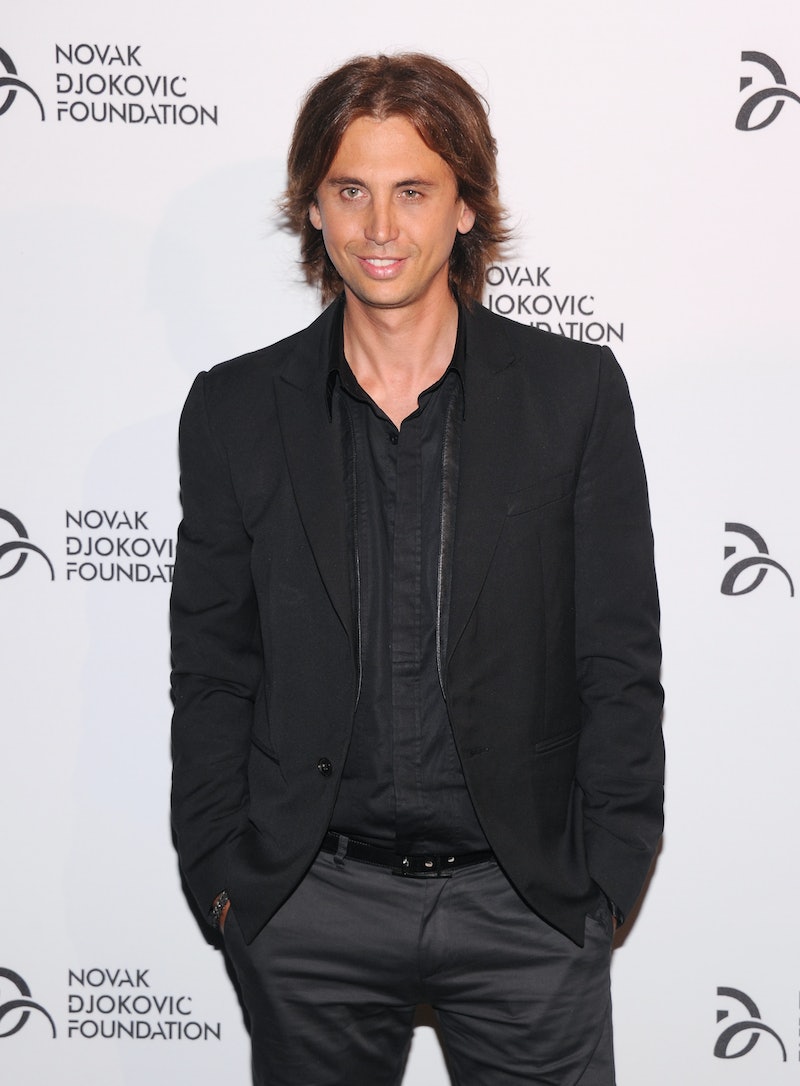 Kim Kardashian's BFF and occasional tertiary character on Keeping Up with the Kardashians, Jonathan Cheban, is apparently also an entrepreneur and he wants people to know it. Jonathan Cheban compared himself to Kanye West giving reporters everywhere a reason to write about him because Kanye West is so in right now. Not including myself, of course! I'm a fan of Jonathan's from his work on KUWTK. Remember that time Kim was promoting that thing and Jonathan was there giving her advice on that other thing? Man, that was the best.

Fine! I'll tell the truth. I, too, was intrigued by Jonathan comparing himself to Kanye West and was trapped into what was clearly a promotion of his new businesses and a shameless brag about the fact that he's going to the Kimye wedding.

Jonathan told Us Weekly, "I am the Kanye West of food. Everything is perfect and top notch. Nobody can match me with knowing about food. I'm the king of food, I eat out 3 to 4 meals a day." What does this even mean? Is it just that Kanye West thinks he's very good at what he does and Jonathan thinks he's very good at... "knowing about food?" Jonathan founded a PR company. I would say Jonathan is the king of knowing that if you mention anything about Kanye West or Kim Kardashian right now it will be snapped up by the media. (Including yours truly! The wedding is in less than two weeks! Prepare thyselves.)

So what is Jonathan's end game? Promoting his new restaurants. He told the magazine, "The first one I'm doing is, Sushi Couture, I'm opening it on Ocean Drive in Miami outside The Victor Hotel in about two months. The other place is called Burger Bandit, and the first will be in Lynbrook, Long Island. We are opening that in July and it will become a franchise."

After promoting his new ventures, Jonathan mentioned that he is having trouble coming up with a wedding gift for the Kanye. "Kanye is so difficult because he is so particular and perfect I would never want to be not cool with his taste cause his taste is like superb, I love his whole style. Everything he does is so perfect and top notch it has to be well thought out."

Wow. That does sound stressful. It also sounds like Jonathan really likes Kanye West and, I've gotta say, if anyone is excited about this wedding it's gotta be Jonathan. He loves when Kim Kardashian is happy. Remember that episode where Kim was doing that thing with that one member of her family and was annoying at that other member of her family and Jonathan was all, "You should just do whatever things whenever, girl." In that moment, I could tell he was really a great friend and that they totally had an understanding about him using her name, or any future boyfriend's names, to promote himself. And, really, isn't that what friends are for?