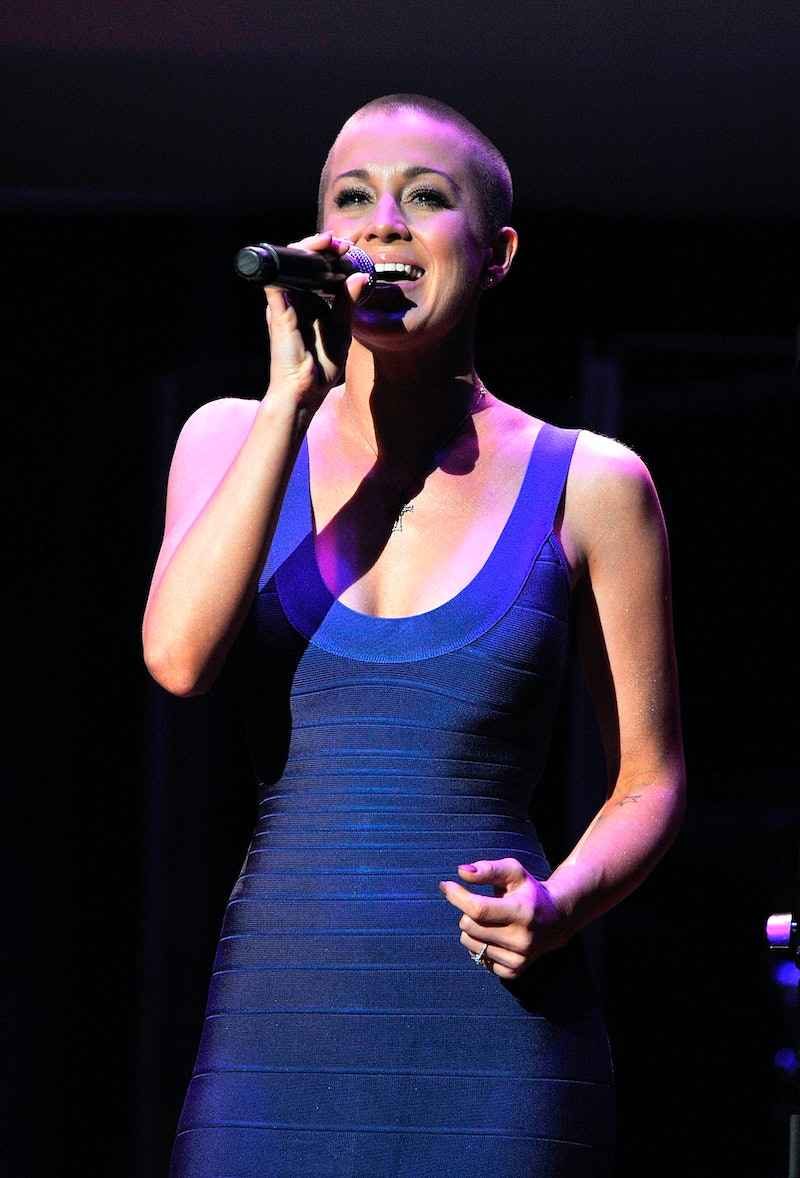 It's hard to believe that we first met Miss Kellie Pickler all the way back on Season 5 of American Idol. To give you a reference point, that damn show is on Season 13 now. So yeah, it's been a long time since the blonde from North Carolina sang her way onto our TVs.

Considering Pickler only made it to sixth place on the singing show, it's quite an accomplishment that she's been able to make a name for herself in the music industry — especially since some singers who come in first place can't even get people to remember their names (we're looking at you, Taylor Hicks). And although her southern charm and pearly whites might have aided to her fame, there's no doubt that she's got talent to prop her up.

However, her looks and voice aren't the only reason people remember her — she totally shaved off all of her hair in 2012 (and not like in a Britney-Spears-manic-meltdown kind of way). The singer shaved her head in support of her friend Summer Holt Miller who was diagnosed with breast cancer. That's some serious friendship right there. Pickler later took to Twitter and described the experience as "one of the most incredible days of [her] life."

And here she is today, rocking an awesome, super short bob:

Of course, Pickler's not the only celeb who's taken a razor to her head (although she might be one of the only ones who's done it for a good cause). Check out some of the women who've gone bald for a role:

Tossing her red hair to the side, Nixon went bald for her role as a terminal cancer patient in 2012's play Wit.

For the 2002 film, Blanchett shaved off her hair to play a woman who takes the law into her own hands after her husband's death.

Before her Juno days, Page played a young, rebellious woman named Sherry in the coming-of-age film.

Moore went all out for her role in the 1997 Navy flick.

Theron buzzed all her hair off for her role in the upcoming post-apocalyptic action film.

Portman proved that she might actually look even more beautiful with no hair when she shaved it all off for her role in the 2005 dystopian drama V For Vendetta.

And here's Anne Hathaway wishing that she had cut off all of her hair so she could be on this list: