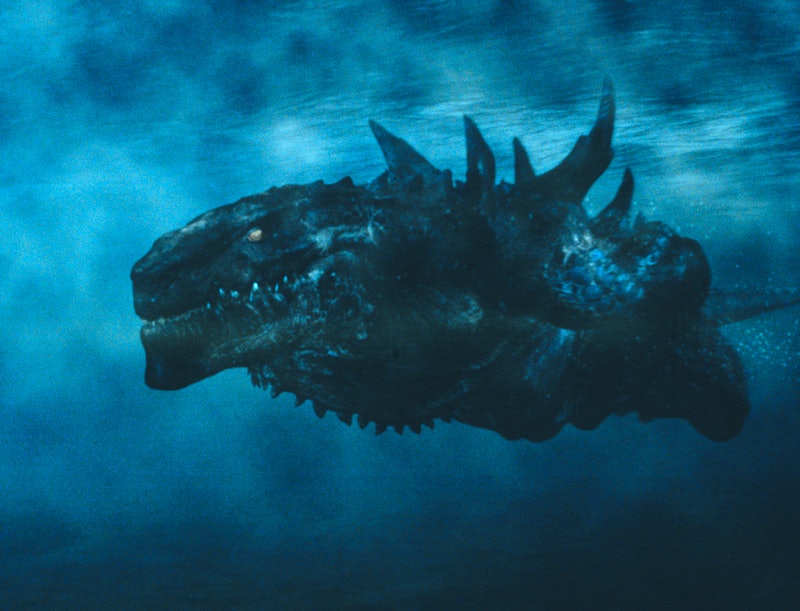 If you had any doubts about the new Godzilla you won't after you watch the Honest Trailer for the 1998 Godzilla . And honest it is. The video doesn't cut the movie any slack as it starts out reminding us that from the mind of "Roland Emmerich, director of some of the biggest disaster films of all time, comes the biggest film disaster of all time." If you think that's a harsh assessment you'll quickly be on the Honest Trailer's side when you realize just how bad the Americanized 90s version of the movie is.

From Matthew Broderick worm scientist being the hero to the NYPD destroying more of the city than Godzilla actually does, the film is pretty awful. The worst offender is the new version of the iconic monster. The Honest Trailer accurately calls it a "box-headed, chicken-legged, no-atomic-breath-having, Jay Leno chin, stupid-faced, flat-nosed piece of s**t."So for anyone complaining about the new "fat" Godzilla, keep in mind that it could have been much worse.

This overly truthful trailer is just making us even more excited about Bryan Cranston's version. And he should feel glad to know that even if his film bombs, it can't get any worse than its original.

Watch the hilarious trailer below: