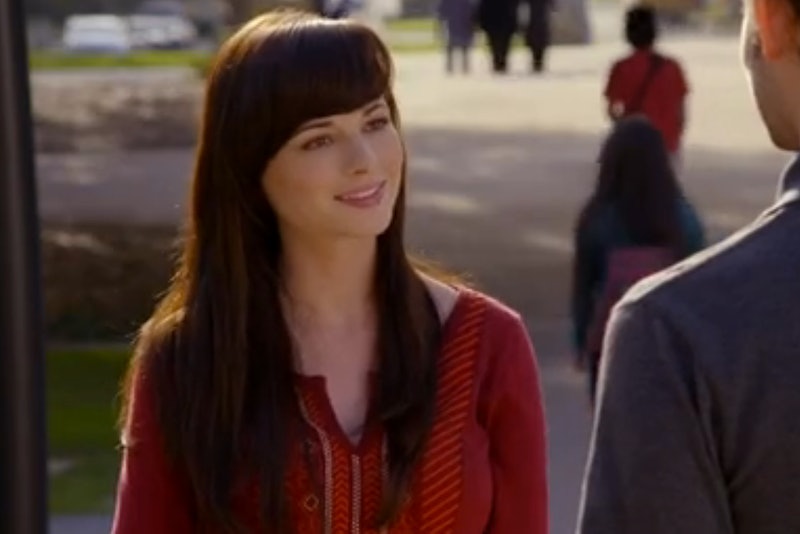 According to the grand tradition of high school television, college is a poison almost guaranteed to kill the mojo of your show. Once your TV kids step into the hallowed halls of advanced academia they seem to lose all the luster that drew you to them in the first place — or at least, that's the general rhetoric surrounding how fans have reacted when The O.C., Dawson's Creek, Buffy, Veronica Mars , and other teen fare have headed to the dorms. So why was Awkward's first foray into college so... refreshing? So full of life?

In Dawson's Creek's third season, Joey Potter does an overnight visit and meets a dashing, intelligent older boy. They strike each other's fancy, date for a bit, and it all predictably falls to hell a few episodes later — leaving no one complaining, it should be noted, because the entire thing felt like a distraction in the first place.

In Awkward's "Overnight," Jenna goes on a college overnight visit and meets a dashing, intelligent older boy. They strike each other's fancy, and I have no doubt that in a few episodes it will all fall to hell, or at least to the wayside. But somehow this episode of Awkward felt less... awkward than a lot of the attempts I've seen in the past to push a high school show into the college years. It felt more... alive, somehow. Almost like Jenna — and the show she's starring in — have come of age to the point where college actually feels like the next logical step, and surprisingly one I'm now 100 percent ready to follow her into. As long as they can promise a season that feels as full of potential as this episode did, I'm there.

I honestly don't know what Awkward's gonna do next season. Do they pull the trope card and funnel as many members of the existing ensemble into a nearby college town to stumble into new Awkward situations? Maybe. Maybe Jenna will be joined by Sadie and Matty and Tamara and Jake at some Southern Cali university. Or maybe they'll ditch a few and it'll just be Matty and Tamara with Jenna, or Matty and Sadie, etc. Who the hell knows? I sure don't.

And though my pop culture history has taught me to never be too comfortable headed into the television college years, I have to leave this episode feeling pretty optimistic. Maybe this'll be a Greek, and not a Glee. Maybe we can pull this off.