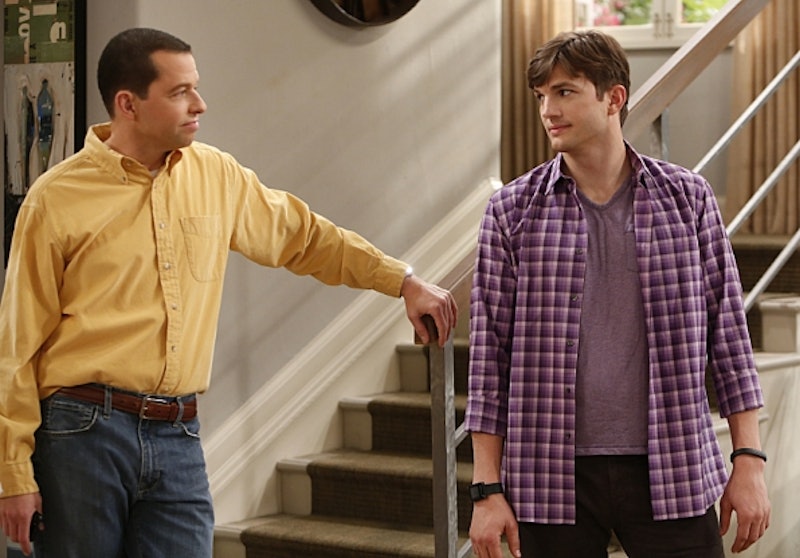 It feels like the end of an era. First How I Met Your Mother ended with a controversial finale and now CBS has announced that Two and Half Men's twelfth season will be the last. Get ready to add it to the list of shows your children will eventually think of as "period pieces" if they've heard of them at all.

The news broke Wednesday morning when CBS presented their 2014-15 schedule. Two and a Half Men will end with a season-long event that promises to blow our minds. "Chuck [Lorre] is very psyched about this; he's got some great ideas and very big surprises," said CBS Entertainment Chairman Nina Tassler. "We know fans and audiences respond to that and that should really give us a nice boost when we launch our new comedy."

Two and a Half Men took a blow when Charlie Sheen was dismissed from the show and replaced with Ashton Kutcher, but it has since been able to pull in steady ratings that have kept it afloat. In fact, the controversy surrounding Sheen's dismissal gave the show some of its highest ratings since the series began. The decision to bring the series to a close is not a terrifying cancellation; instead, it feels more like a natural conclusion that hopefully won't be as rage-inducing as How I Met Your Mother's ending.

Then again, I'm not sure whether I trust CBS with series finales after How I Met Your Mother. Oof. That was rough.