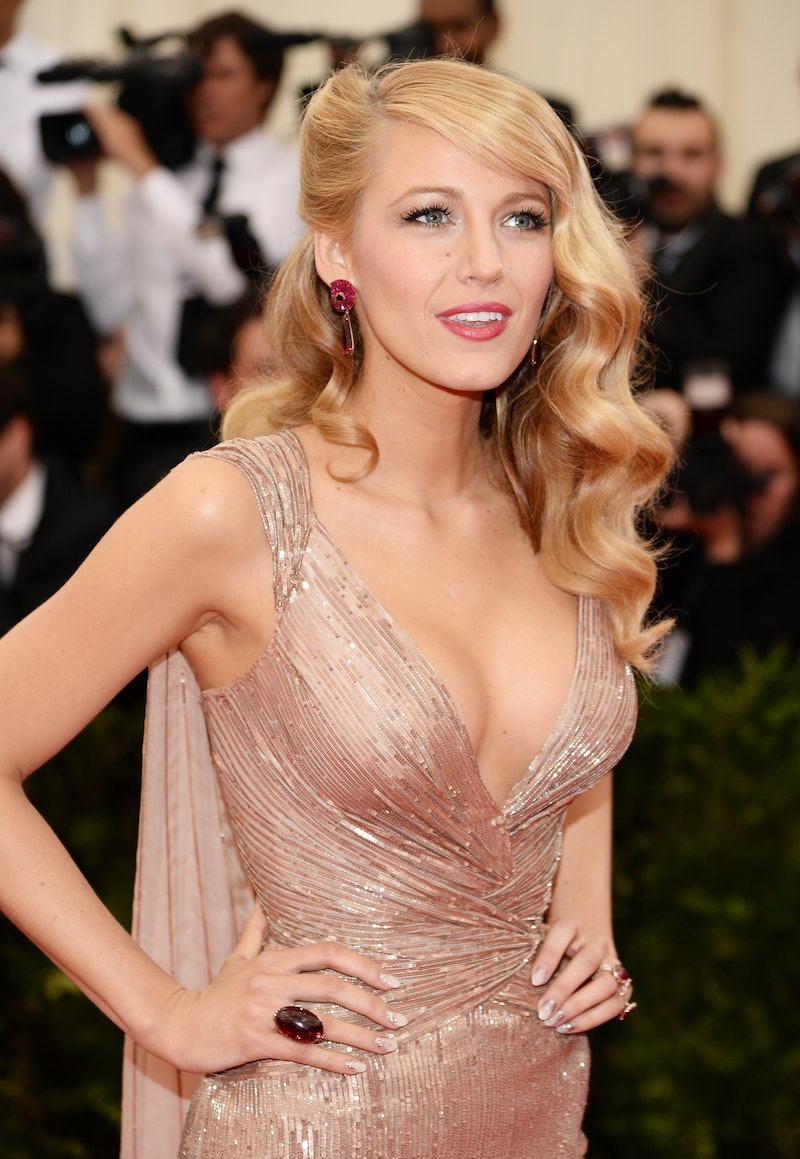 Ahh, prom. It seems like just yesterday I was stressing out about my dance get-up as though I were a VIP attending the Met Ball. Just kidding. It definitely feels like it was a decade ago (because it actually was. Yikes). And while I don't regret any of my ensemble choices, I definitely wish I were a bit wiser on the beauty front. And maybe I would've redone a few things. Like my hair. If only someone would've told me that pinning a heaping amount of curls to the back of my head would result in something that looked more like a plate of funnel cake than the Britney Spears's updo I intended, well, that would've been helpful. Also, why didn't anyone remind us that we'd have these pictures FOREVER? Turns out, Hawaiian flowers were not as classic and timeless of an accessory choice as I thought they'd be.

But enough about me. Let's focus on the generation of young girls who I can only hope will learn from the mistakes of generations past, filled with perms, crimped hair and obnoxious updos. After all, while we were left to collect clippings from the pages of Cosmogirl and YM, these lucky gals have things like Pinterest and about a zillion fashion blogs to go to for inspiration. If I were back in high school, I would definitely look to some of today's fashionable celebrities for prom hair insight. Here are ten hairdos that'd sit at the top of my list.

When in doubt, something retro versus something modern is always a good idea, like Jessica Alba's sophisticated updo.

Sometimes going for a more simple look you know works, like Nicole Richie's easygoing braid, is better than a highly complicated hairdo.

Short haired girls, don't count yourself out of the prom hair game. You can elevate your bob by giving it some lift and volume with soft curls like Kerry Washington.

Emma Watson teaches a lesson in creating a classic look with a sleek low bun. Pulling a few strands out in the front helps frame her face while adding a tiny bit of tousled edge to her glamorous look.

A ponytail might seem like a boring choice, but it can actually look way sexier and more stylish compared to stuffier updos that have been shellacked with hairspray.

Wearing a headband to a dance seems so 1995, but Rihanna proves it can be a modern and gorgeous way to style a mound of tousled curls on top of her head.

It may not be as bad as having the same dress, but having the same exact hairdos as your friends on prom night makes for really boring photos, no? Mix up the expected voluminous waves by going for something a little sleeker, like Selena Gomez's slicked back 'do.

If you're going for old Hollywood glamour (and why shouldn't you!), look no further than Blake Lively's stunning vintage-inspired locks. You won't regret it.

More like this
How To Master Baby Braids, According To TikTok
By Tomi Otekunrin
Simone Ashley’s Met Gala Look Was Fierce AF
By Tomi Otekunrin
These Are The UK's 10 Most Searched For Black Haircare Products Of 2022
By Tomi Otekunrin
14 Spicy Bralette Outfits For Vaxed Girl Summer, Round 2
By Avery Matera
Get Even More From Bustle — Sign Up For The Newsletter