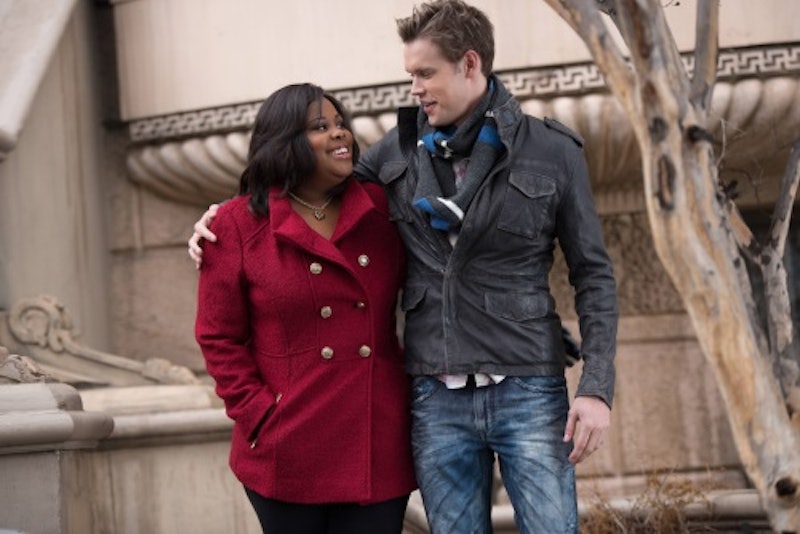 There are some television show pairings that just don't work, no matter how hard they try or how many times the writers try to revamp and revisit them. On Glee , Samcedes, better known apart as Sam and Mercedes, is definitely one of those couples. There's a few reasons why this pairing doesn't work. For starters, separately Merecedes and Sam are fan favorites. Mercedes has always been the lovable diva with pipes of gold whereas Sam has been the hunky, family-oriented goofball that endears you through his awkwardness. But put them together and they become insecure and lackluster versions of their original selves. Mercedes becomes timid and unsure whereas Sam has to constantly watch what he says. Mercedes boldness and Sam's lack of a filter is what makes them, them! It wasn't really a shocker or a bummer to me that they had broken up in the season finale.

Also, there's that one pesky element to relationship (in real life and on screen) that Samcedes sorely lacks: chemistry. That's right. The air between those two is like a barren, lifeless desert. So, you can count me on the side that's glad they went on a break. But Glee should definitely keep these two apart despite Sam's declaration that he thinks they're meant to be. Though I love Sam and Mercedes I just don't love them together.

So, if we don't want Sam and Mercedes to last, then who? Let's take a look at the couples that do work and the could-be couple that shows promise:

These two are in it for the long haul. Although they've had a rough season (then again, who hasn't) at the end of the day they have one of the shows only remaining healthy and functional relationships. In addition, they've become the inevitable successors to the Finchel throne now that that is no longer an option (cue endless tears). Also, they're just tons o' fun.

Though I'm not too sure of Heather Morris's status is in regard to returning next season (I sure HOPE she is), Santana and Brittany have always been an interesting couple to say the least. Somehow the classic "dumb blonde" eases Santana's bitchiness and makes her not only more likable, but more in tune to her feelings and the feelings of others.

Oh, that's right. I said it. Being a Finchel fan, I know how upsetting it's going to be to see Rachel with someone else but it NEEDS to happen. It's a natural part of life and seeing that Rachel has had a full season of being alone it's time for her to find love again. Plus, if the "Movin' Out" episode was any indication, or if you've just been paying attention to any scene they're in together, Rachel and Sam have got something going on. The tension is palpable, folks.

Ah, the couple that sorta was, but kinda never really was. I've always loved the dynamic between the two as best friends and it was no secret that their first season romance was comical if nothing else. If both Jenna Ushkowitz and Kevin McHale return, I'd really like them to take a stab at it once more.