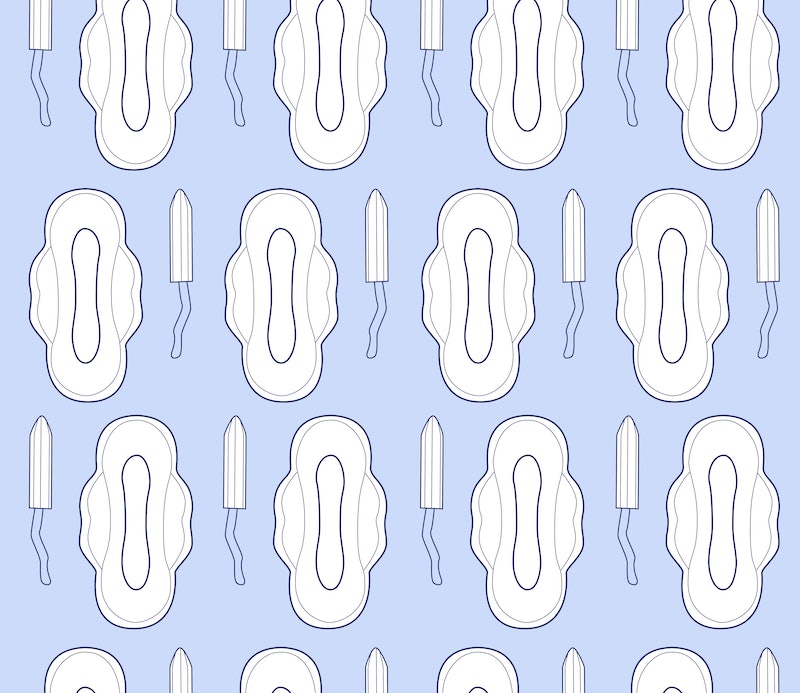 Thanks to years of stigma and shady menstrual pad commercials, menstruation is something that most of us are just flatly unwilling to talk about. When we do talk about our periods, we typically censor ourselves to hide the gory details of our monthly cycle from the public, using cryptic terms to describe the fact that we are bleeding from our vaginas.

Unfortunately, the cryptic terms we use to describe our periods are just as cringe-worthy as the cramps and PMS that come along with them. These six offenders range from the disgusting to the silly, and should all be replaced with just one simple phrase: “I’M ON MY PERIOD.”

Seriously? Gross. Whoever came up with the term “on the rag” should be drawn and quartered. Hearing a dude say “Oh, she must be on the rag” to a woman when she isn’t putting up with any of his shit is likely to make me projectile vomit in public, especially if I too am menstruating. And besides, who even uses menstrual pads anymore? Diva Cups for life.

This is one of the more polite ways to say “I am bleeding from my vagina and you should stay the fuck away from me,” but it’s still pretty awful. It sounds like something that was invented by a bunch of Victorians who were too squicked out by the functioning of female bodies to acknowledge that periods are an actual thing. You’re likely to hear “that time of the month” from a mom or a boyfriend who is tiptoeing around the idea that you might actually, god forbid, be menstruating.

This adage comes from the old “unwanted relatives dropping by” trope, which I believe was actually written in the time of dinosaurs. If Aunt Flow were an actual person, you’d never invite her to stay with you for a week. It also makes me think of that poor girl who plays Flo in the Progressive Insurance commercials, and that's not something that I'm interested in associating with my menses.

Cher Horowitz may have made this slang term popular in the ‘90s, but it’s time to throw it in the garbage along with her matchy-matchy plaid outfits and Alicia Silverstone’s acting career. It also makes me think of the University of Alabama’s Crimson Tide, and I’m sure they’d prefer their storied football team not be associated with periods. And frankly, if your crimson is a wave, you should probably see a doctor. That shit is not normal.

5. “Getting your red wings”

This is a pretty disgusting way to describe sex during menstruation. I’m not sure where these “wings” appear, but you should probably put down a towel next time, dudes. This disgusting expression also gives boring guys an excuse to not have sex because menstruating vaginas are gross, despite the fact that they’re more than willing to dive in the other three weeks out of the month.

This one might be from Game of Thrones, but it was pretty common in the medieval era, and I’m pretty sure that neckbearded bros who watch the show will start using it again post-haste. In this GIF, it looks like Joffrey just asked Cersei if she was "flowering," and she smacked the shit out of him for it. Nothing about my period makes me think of flowers, and I will transform into Khaleesi and use a broadsword to smash anyone who says that in my presence.