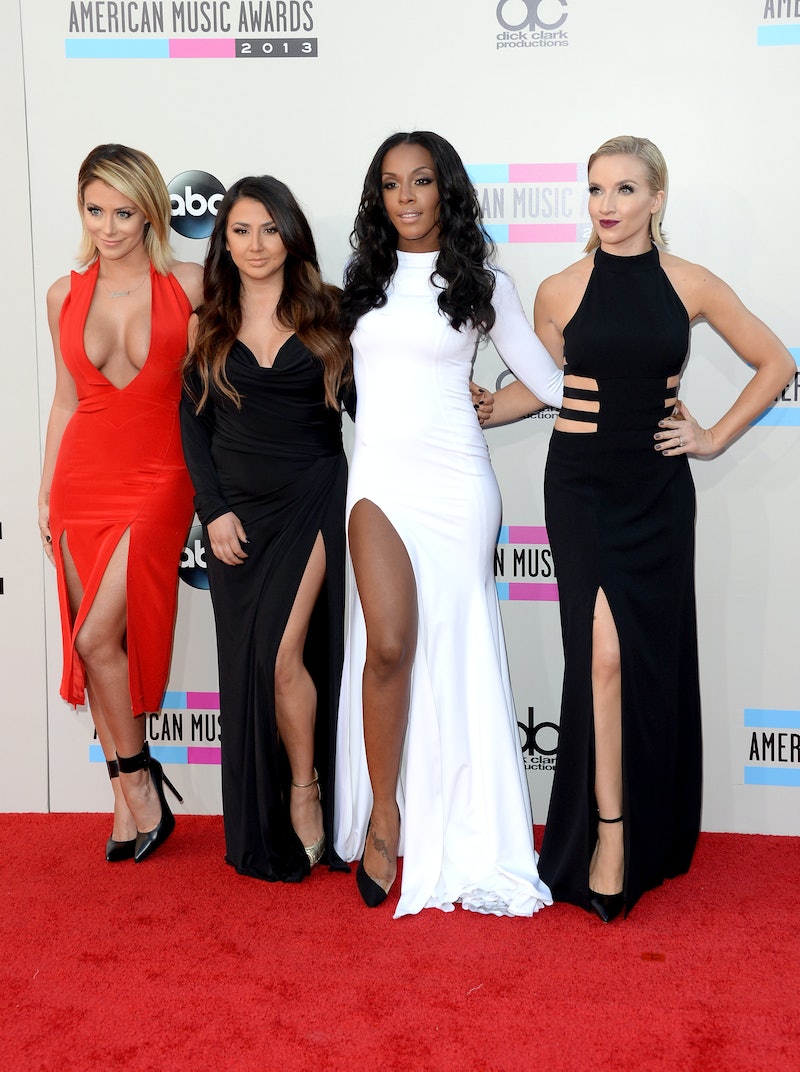 Danity Kane may have announced their comeback all the way back in August of 2013, but they're only just now getting around to actually releasing some new music. Oh well, better late than never, right? On Wednesday evening, Danity Kane premiered new song "Lemonade" featuring rapper Tyga called, and I must say, it’s a mighty fine track, indeed. “Lemonade” updates Danity Kane’s sound without losing their trademarks: hard beats, tight harmonies, and a super-catchy chorus. No word yet on whether the song is an official single or just a buzz track, but for now, let’s just enjoy "Lemonade" for what it is: a kick-ass comeback record.

“Lemonade” opens up with a fierce verse from Dawn Richard:

Love it when I’m flexin’ up in my car

Doors swing open from my passenger

Look up in the mirror, fix my mascara

People wanna know, “Who the hell is her?”

On the chorus, the ladies sing about haters so thirsty, so parched, there can only be one explanation: they must be sippin’ on too much sour lemonade. Obviously.

Oooh, these haters got a sour-head look up on they face

Oooh, they lookin’ so thirsty, might just need a drink

After being away from the music industry for five years, I was pretty curious to hear how Danity Kane would switch up their sound. On “Lemonade,” production team The Stereotypes ("Damaged") gives the group an infectious but minimal club beat to sing over, reminiscent of recent productions by DJ Mustard like Kid Ink’s “Show Me” and Tinashe’s “2 On.” With modern production and a repetitive (but never annoying) hook, “Lemonade” is bound to have you moving your body and singing along in no time.

Tyga’s verse in the middle of the track is just the icing on top of this already delicious Danity Kane cake. Not only does Tyga refer to the haters as “Smurf faces,” there’s also a moment where he raps a phrase at the exact same time as the ladies sing it, which pretty much makes me weak in the knees. Seriously. I have a major thing for when people rap and sing a line at the same time. It does something to me; I can’t explain it. For this reason and for this reason only, I listen to Diddy – Dirty Money’s “Coming Home” basically every day. So what? Who cares?

Curiously, the cover art for “Lemonade” (seen above) features only three little girls posing as DK members. Last time I checked, this new and improved version of Danity Kane had four members: Richard, Aubrey O’Day, Shannon Bex, and Aundrea Fimbres. Richard, O’Day, and Bex have all either changed their Twitter icons to the “Lemonade” artwork or tweeted about the song, while Fimbre has done neither. Strange. Is Fimbre still a part of Danity Kane?

I guess we'll find out soon: Danity Kane's No Filter tour kicks off on May 16 in San Francisco. Hopefully we'll be hearing some more new music, as well! Lemonade, lemonade.