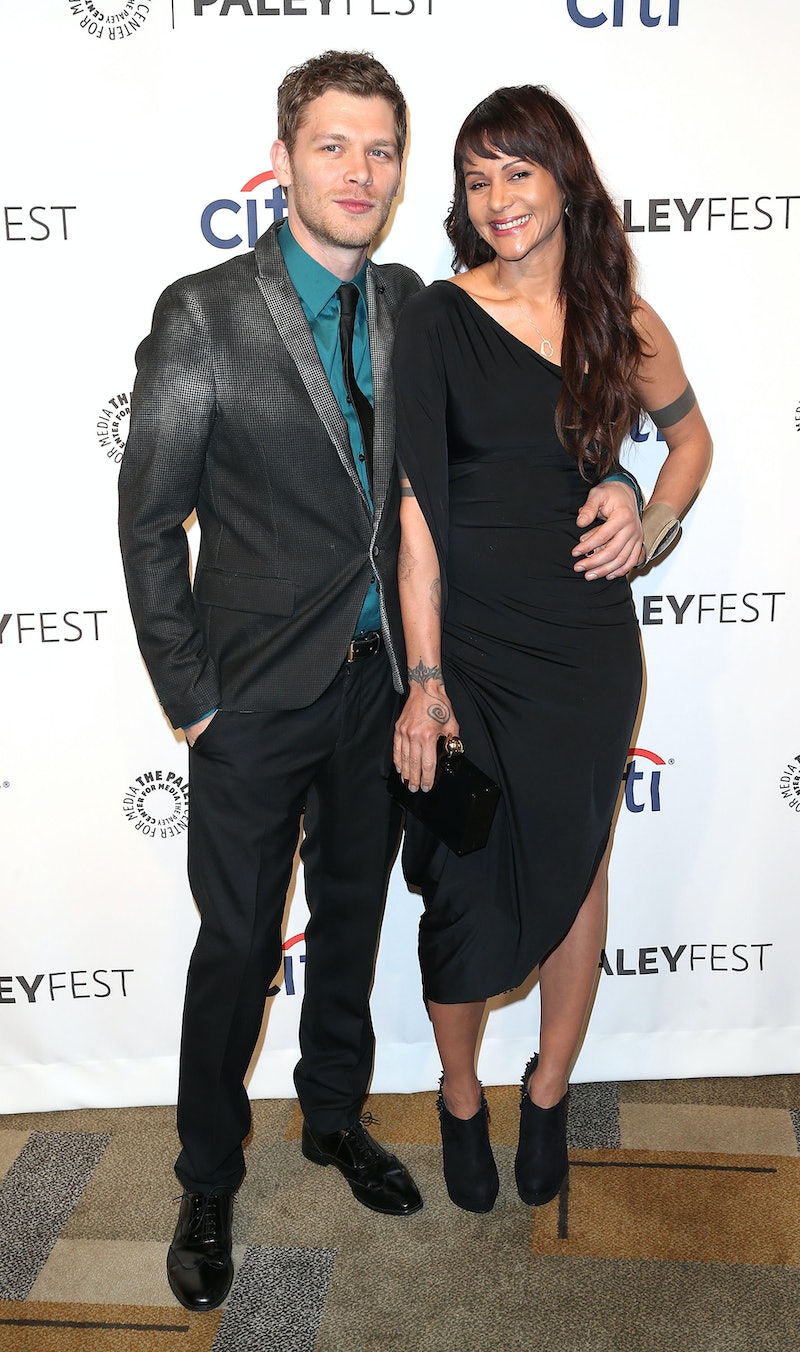 First comes a baby, then comes marriage? Klaus Mikaelson just became a dad on Tuesday night's The Originals Season 1 finale and now he's engaged! Well, not Klaus, technically. Originals star Joseph Morgan is engaged to Persia White and announced it adorably at The CW's Upfront event on Thursday. And, well, Morgan is a lot more of a romantic than he onscreen counterpart.

The CW star confirmed his engagement to E! and joked that he had waited for this moment to drop the news on Thursday following a statement he and White made to WetPaint on Wednesday. Was Morgan just so overwhelmed with emotion following the season finale that he popped the question and wanted the world to know how in love he was? I mean, that was a tearjerking, heartbreaking episode and their statement is just adorable. Here's what the couple had to say about their relationship and engagement:

We really appreciate those of you who have supported our wild, creative, passionate and unlikely relationship. We have found a rare and precious thing; true love. We wish you all the same.

Sigh — true love. So how did Morgan pop the question to White? The actor didn't reveal much, but he did tell E!:

I'm not going to go into specific detail, but I tried to be romantic. It was a nerve-wracking moment but it was special.

Just adorable. The British actor met White on the set of The Vampire Diaries Season 3 in 2011, while Morgan was debuting as Klaus Mikaelson (the role that would later win him a spin-off series) and White was starring in an arc as Bonnie Bennett's mother, Abby. A match made in supernatural heaven, huh? Maybe White can get those damn witches in New Orleans to stand down.

More like this
Penn Badgley & Leighton Meester Met On A Horror Movie Set Before 'Gossip Girl'
By Jake Viswanath
50 Years After Creating Her Alter Ego, Angelyne Is Still Driving That Pink Convertible
By Gretchen Smail
Yes, Billboard Queen Angelyne Really Ran For Governor Of California
By Brad Witter
Oops! The 'Stranger Things' Monopoly Game Has Spoilers For Season 4
By Alyssa Lapid
Get Even More From Bustle — Sign Up For The Newsletter