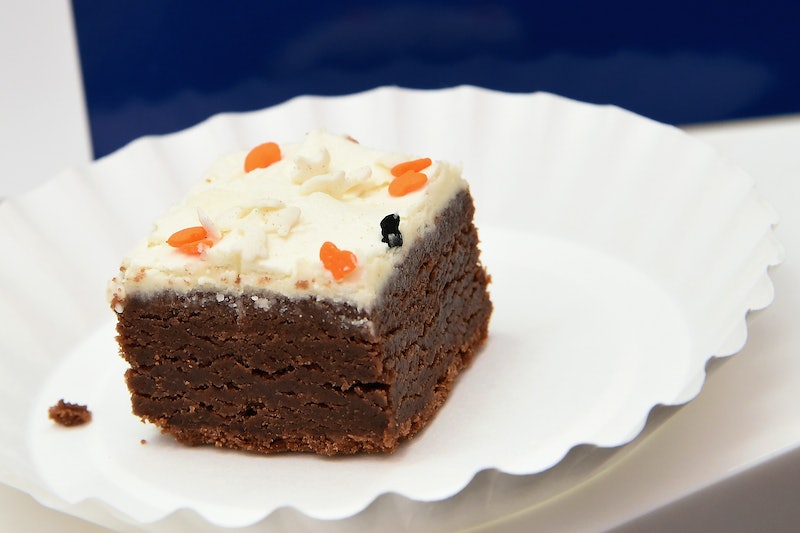 We're obsessed with Lori Greiner on ABC's Shark Tank. She's the soft edge to the rest of the sharks' fierce bite. And given her real-deal product knowledge, we're itching to see how Lori feels about Baker's Edge, the innovative brownie pan that promises each slice will deliver that drool-worthy corner crust feel.

Don't get us wrong, Grenier can lay down some serious knowledge as well, if not better in some avenues, than any of the other investors on Shark Tank. The thing that makes Greiner unique in her approach is her direct sales experience through home shopping giant QVC, not to mention her experience as the holder of over a hundred patents, as reported in a profile by Forbes Magazine.

But what's the deal with this miracle pan?

I don't know if I'm emphasizing this part enough. It's no Brownie Husband, but it's totally a candidate for Brownie Friend-who's-fun-at-parties. (We weren't ready to settle down anyway.)

2. They're Brownies Fit For Oprah

Oprah says she's an edge girl when it comes to the delightful snack and if that's not a ringing endorsement, I don't know what is. The pan has received attention from everyone else under the sun too, from foodie press to Wired Magazine.

3. HUNGRY FOR ITALIAN? Chef GRIFFIN'S GOT YOU

According to her bio on Baker's Edge website, she was voted as the chef behind the "Best Italian Dessert in Indianapolis." She doesn't say which dessert she won for, but we're guessing it was one of her famous mascarpone recipes.

4. SHE'S GOT A GOOD Head for Business

And that is the best lesson for any budding entrepreneurs watching Shark Tank. While her husband is the one with the design background, Griffin is the one with the foodie knowledge. Aside from that, she's got some great business insight on how their silly zig-zag pan has captured so many hearts: "...almost by accident, I think we discovered a market that nobody knew existed. Most people really are willing to embrace new ideas and solutions, if the products deliver what they promise."

Here's hoping they wow the sharks so the rest of us get to sit back and enjoy more brownie-based technology in the future.