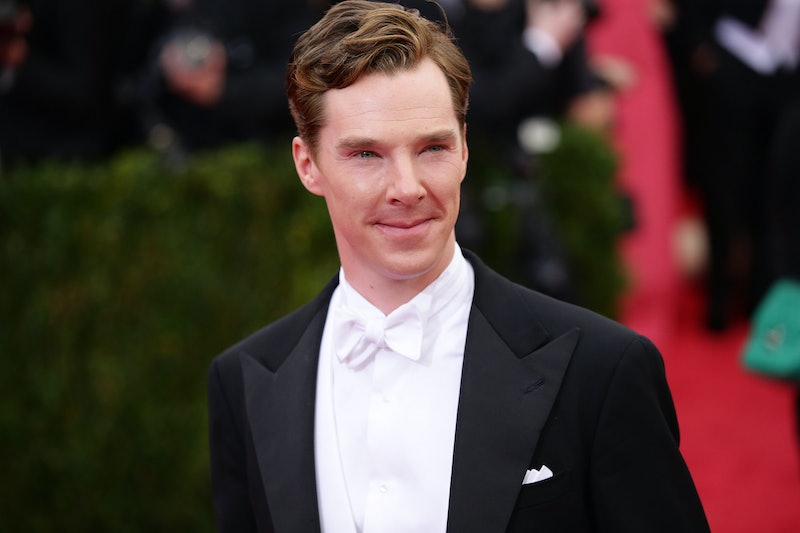 Most Benedict Cumberbatch fans, or Cumberbitches as they tend to be known, probably think of him as someone who just sprung into existence fully-formed. He didn't have a childhood or awkward teenage phase, one day he just appeared, wearing a perfectly tailored tuxedo and charming everyone he encountered. However, Tumblr user jonahryantology may have disproven them all when he discovered that Cumberbatch might be Butt-head from Beavis and Butt-head .

Ever since Cumberbatch first gained a cult following and eventually more widespread fame, there has been speculation over what his unique features most closely resemble. According to Google, the most common searches for "Benedict Cumberbatch looks like..." include an otter, a foot, a lizard, an alien, and this random 16-year-old.

But all of those pale in comparison to Butt-head. The resemblance is so striking, that we have to wonder if Cumberbatch was really Butt-head in some past life. The original Beavis and Butt-head series aired on MTV from 1993 to 1997, and Cumberbatch didn't have his first acting role until 2002. Five years is plenty of time to turn a southern accent into a British one and transform from animated to real human, right?

It sounds crazy, but if there can be an entire Tumblr dedicated to otters who look like Cumberbatch, then I can pretend that he's the sophisticated, grown-up version of Butt-head. Just see for yourself, starting with the photo that inspired it all.