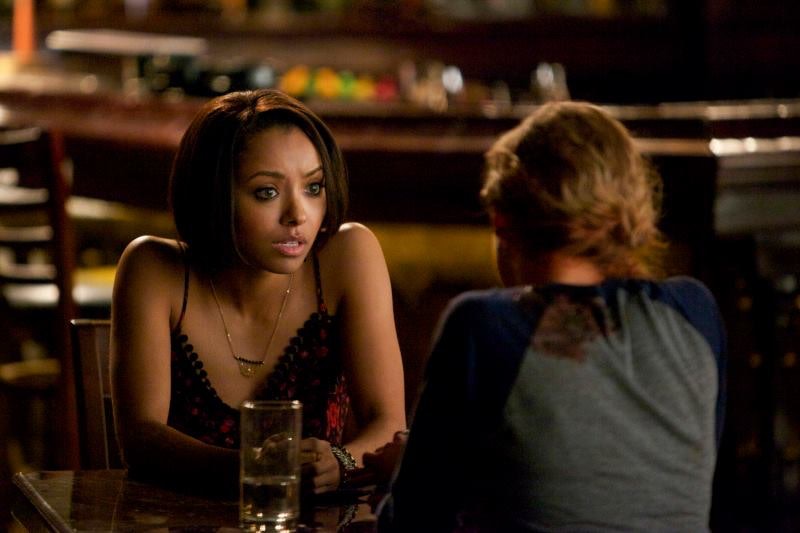 While I wouldn't go so far as to call Bonnie Bennett one of the most hated characters in television history or anything like that, the fact still remains that she has always occupied a strange position in the world of The Vampire Diaries. Bonnie is supposed to be one of the main characters and yet it seems that every other main character gets more spotlight and development than she does. When Bonnie died in The Vampire Diaries' season finale, no one was surprised and there was hardly the same kind of outcry for the loss of her character as there was for the death of Damon Salvatore. Her friends are mourning her, but not enough TVD fans are mourning her.

Why is that? Well, Bonnie wasn't that great of a character. She was self-righteous and occasionally antagonistic to Elena, who is pretty much the Salvatore brothers' biggest fan girl. Her whining bordered on annoying and none of her storylines were anywhere near as compelling as Elena's or Caroline's. In season one, Caroline Forbes held the title as the most annoying female character in the main cast, but she got better and Bonnie got worse. Most reactions to Bonnie's character range from annoyance to indifference with a comparative minority being diehard fans of hers. (Some even go so far as to ship her with Damon — which, no. Well. Maybe.)

The truth is, Bonnie was never really given the same time to shine as Elena and Caroline. That was fair enough in the case of Elena, because Elena is the main character of the show around whose life and relationships the show is based. But then Caroline was turned into a vampire at the end of season one and she rose to become one of the breakout characters of the show while Bonnie began her steady decline into a plot device at best and an artifact at worst.

Elena has been involved in the show's biggest love triangle (more than one love triangle, if you believe that Matt ever had a shot with her again) and Caroline seems to spend her time bouncing from love triangle to love triangle that each get a lot of drawn out focus. Meanwhile, every time Bonnie gets a love interest, they either want to use her, try to kill her, or, in the case of Jeremy Gilbert, cheat on her with their dead girlfriend. Romance aside, most of Bonnie's contributions to the plot involve solving or researching a spell in order to save her friends or her town while her friends go about their daily lives like the three of them didn't used to spend a lot more time together in season one.

It's easy to argue that Bonnie brought our indifference upon herself. After all, she's just not as interesting a character as Elena or Caroline. However, is that really Bonnie's fault? She had the potential to be a lot more integral to the show than she actually ended up being. She's a witch whose magic has an ancestral line and she became a certified badass long before Elena or Caroline ever did. TVD has vampires and werewolves playing a pretty big role, so why are the witches so often delegated to being used by the former two groups? Even The Originals managed to make witches a bigger part of their story arc than TVD has despite having one in the main cast.

The real question is how Bonnie didn't manage to pull focus to her the instant she learned about her magical powers. Even now, Bonnie's powers seem to be as weak, as powerful, or as ineffectual as the plot demands. Where was the consistency? While Elena and Caroline are the main characters of their own individual plot lines, why did Bonnie still continue to feel like nothing more than a sidekick straight up until her latest death? When even Kat Graham admits she's not attached to Bonnie, when even the actress who plays her admits to not caring about her, that's when you know the writing has done the character a disservice.

If you've long since stopped caring about Bonnie Bennett's ultimate fate on the show or if Bonnie is one of your least favorite characters and you hope that she doesn't come back, then that's fine. I stopped caring a long time ago as well. But let's all stop trying to pin the blame on Bonnie and just admit that The Vampire Diaries just never quite knew what to do with her character. Hopefully we'll see an improvement in Bonnie and in Bonnie's storylines when and if she returns next season.