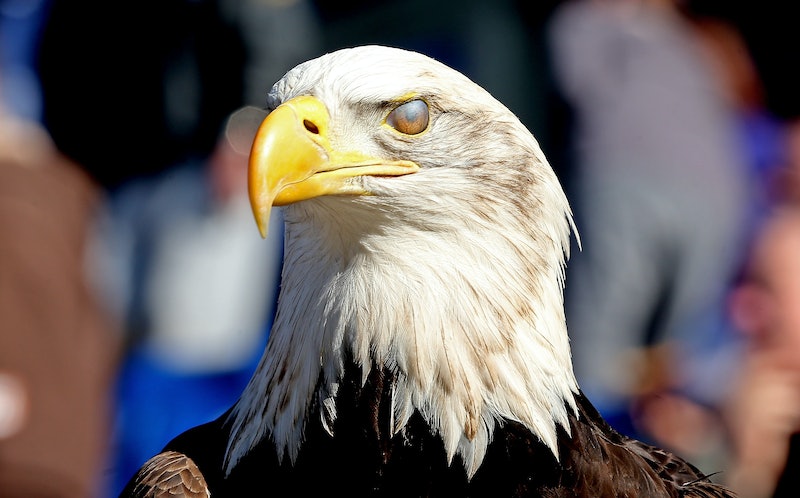 Today is May 16, 2014, and that means one thing: unfortunately, "Operation American Spring" is upon us. This is a poorly-thought-out attempt to throw President Obama out of office, along with a host of other elected officials. The American Spring moniker is an appropriation of the so-called Arab Spring of the last several years, wherein citizens in a number of Middle Eastern countries rose up, in the face of state oppression, to contest and overthrow their strongman dictators. Spearheaded by retired Army Colonel Harry Riley, the American version tried to send a staggering number of people to D.C. to protest Friday.

So exactly how many people was Riley banking on? The movement's official website hilariously puts forth a list of "assumptions" crucial to the cause, the first being "Millions of Americans will participate." That's an easy thing to put on a website, but as it turns out, Col. Riley's call to action is looking like a major league flop.

If he'd billed it as a modest gathering of concerned conservatives, maybe expectations would have been suitably lessened. But when you come out breathing fire about taking back the government from tyranny, and claiming ten to 30 million people (30 million being close to a tenth of the entire U.S. population) are going to show, well — you've shot yourself in the foot there.

In addition to being pretty poorly-written, and sounding a bit unhinged, the screed that sits on the Operation American Spring homepage repeatedly argues its point by tacitly comparing President Obama to a "mean old wolf" gobbling up a "cuddly lamb." This is awkward.

A fluffy, cuddly lamb gets eaten by a mean old wolf is not an illegal or immoral event...the law of nature. When some greedy, self-serving occupant of the White House or Congress, or elements outside America, is threatening our existence, our freedom, our liberty, our Constitution, our life resources, our America, then we fight back to destroy the threat and there is nothing immoral or illegal about it. ... A duck cannot be turned into a fox; an elephant cannot be turned into a flea; the laws of nature will not permit. ... OPERATION AMERICAN SPRING will be a gigantic step in removing the flea infestation that is sucking the blood out of America.

And whenever conservatives start using animal metaphors to refer to the President, it's pretty worrying.

2. They're Giving Cover, Apparently, To People Who Believe in FEMA Camps

Anybody who wanted to tune in to watch the live stream of the protests was probably a little crestfallen to see what was being aired in lieu of an actual live shot — all that's been shown is fringe conservative radio host Mark Connors, taking calls about the movement, and in doing so, voicing or giving voice to multiple bizarre conspiracy theories. In particular, while interviewing the aforementioned Col. Riley, Connors had this to say:

If FEMA does try to round you up, how will you defend yourself? With a piece of paper? With a flag?

What he's echoing is a well-worn fear amongst the extreme right-wing — that the Federal Emergency Management Agency is actually an elaborate scheme to round us all up into camps. Connors also fielded calls bemoaning how the government is poisoning the water with chemtrails, which is what conspiracy theorists call the aerial streaks of white that planes leave behind. Basically, it all sounds a bit less like "saving our government" than it does "getting lunch with Alex Jones."

3. Their List of Favorite Republicans is Just The Worst

In short, these folks really hate President Obama, but it's not just him — they also want to remove Speaker John Boehner from office, ostensibly for his complicity in working with the former, and teaming to pass legislation with congressional Democrats. Indeed, it seems like a GOP purity purge is also on Operation American Spring's mind, and they've helpfully told us the kinds of people they want to see running for office instead:

Those with the principles of a West, Cruz, Dr. Ben Carson, Lee, DeMint, Paul, Gov Walker, Sessions, Gowdy, Jordan, should comprise a tribunal and assume positions of authority to convene investigations, recommend appropriate charges against politicians and government employees to the new U.S. Attorney General appointed by the new President.

To be clear, Col. Riley wishes people like former Rep. Allen West and former Senator Jim DeMint are the model, which somewhat suggests he'd be fine with the genuine articles. For some brief perspective on Allan West's seriousness, he once attacked President Obama for flying to Afghanistan at night to reduce security risks. A real leader, West says, would've flown in during the day. You know, as a statement.

This isn't solely unique to Operation American Spring, but they're certainly a prime example — their website is laughably ancient-looking, despite having clearly been made recently. This isn't simply to poke fun, but it's a peculiarly common sight among conservative websites — the ballyhooed or trafficked website that looks decades old.

Probably the all-time reigning champion of this is Drudge Report , which more or less looks the same as when its headlines were blaring about Monica Lewinsky back in 1998.

In the case of Operation American Spring, the effect is especially damaging. That's because the transparently unpolished, simple appearance of its website instantly undermines the lofty goals and claims that Riley and his supporters would like to make. This is what your website looks like? Yeah, I'm sure it's a safe 'assumption' that over ten million people will read this stilted screed, show up in Washington on the same day, and bring down the President.