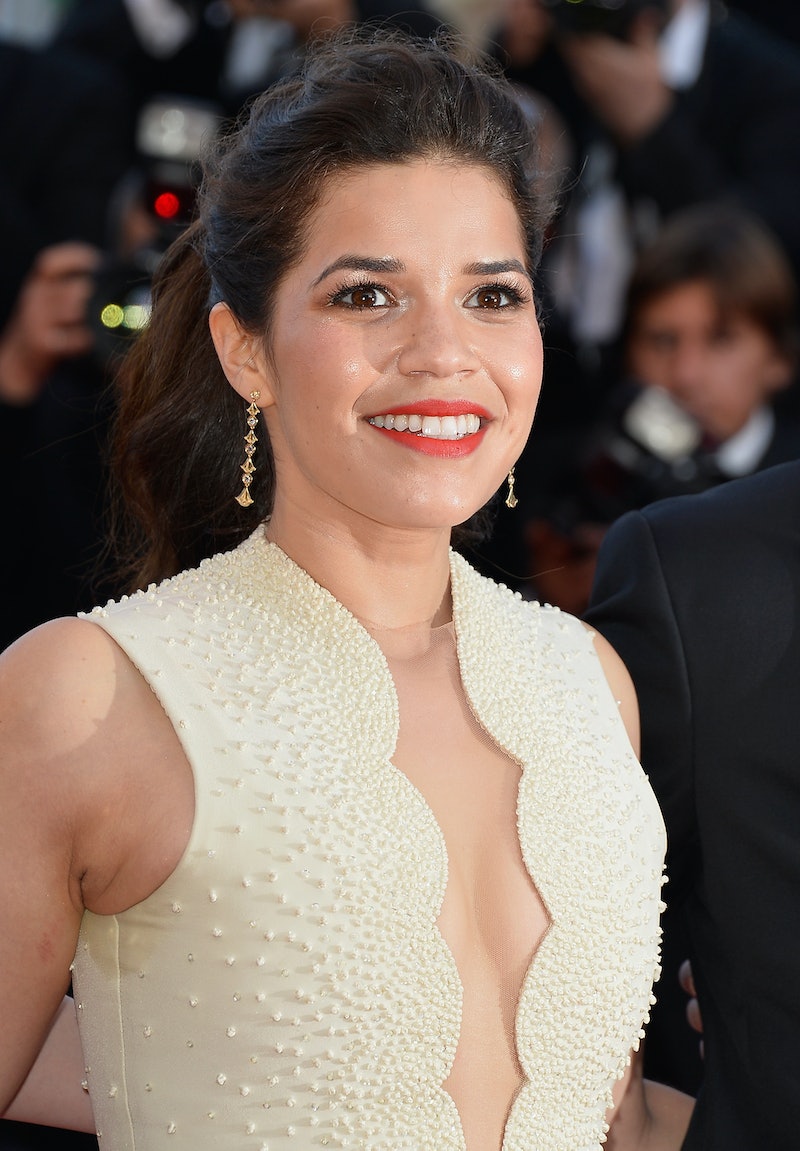 A well-known red carpet prankster is at it again and this time he's at the Cannes Film Festival. Vitalii Sediuk ran up and hid under America Ferrera's dress at the premiere of her movie, How to Train Your Dragon 2. Ferrera was wearing a white ballgown with layers of sheer material at the bottom which is exactly the type of dress perfect for sneaking under except not because you shouldn't sneak under people's dresses!

Sediuk is technically a Ukrainian journalist which barely offers an explanation for how he still is able to get past security at events. This guy should be banned from everything at this point. His previous pranks include hugging the crotches of Leonardo DiCaprio and Bradley Cooper, streaking at one of Prabal Gurung's fashion shows, and running on stage at the 2013 Grammys during Adele's acceptance speech.

If it isn't surprising enough that Sediuk was able to make it on to the Cannes red carpet in the first place, he also was successfully able to make it all the way into the layers of Ferrera's dress. Photos were taken of Sediuk both making his way over to the dress and peeking out through the sheer fabric. How was he not stopped sooner? How did Ferrera not notice? Why is he still able to pull these things off? These are all questions you're going to scream at your computer when you see these pictures.

Here's everyone looking normal next to a fake dragon:

And here's Ferrera, presumably, after this all went down and Sediuk was literally dragged off of the red carpet:

Seriously though, the fact that one man has repeatedly been able to get onto the red carpet at a, supposedly, highly secure event and get this close to exactly the people who are meant to be protected by the security is insane. (The Hollywood Reporter has a photo of Sediuk actually making his way over to Ferrera with NO ONE stopping him.) This guy has got to go.