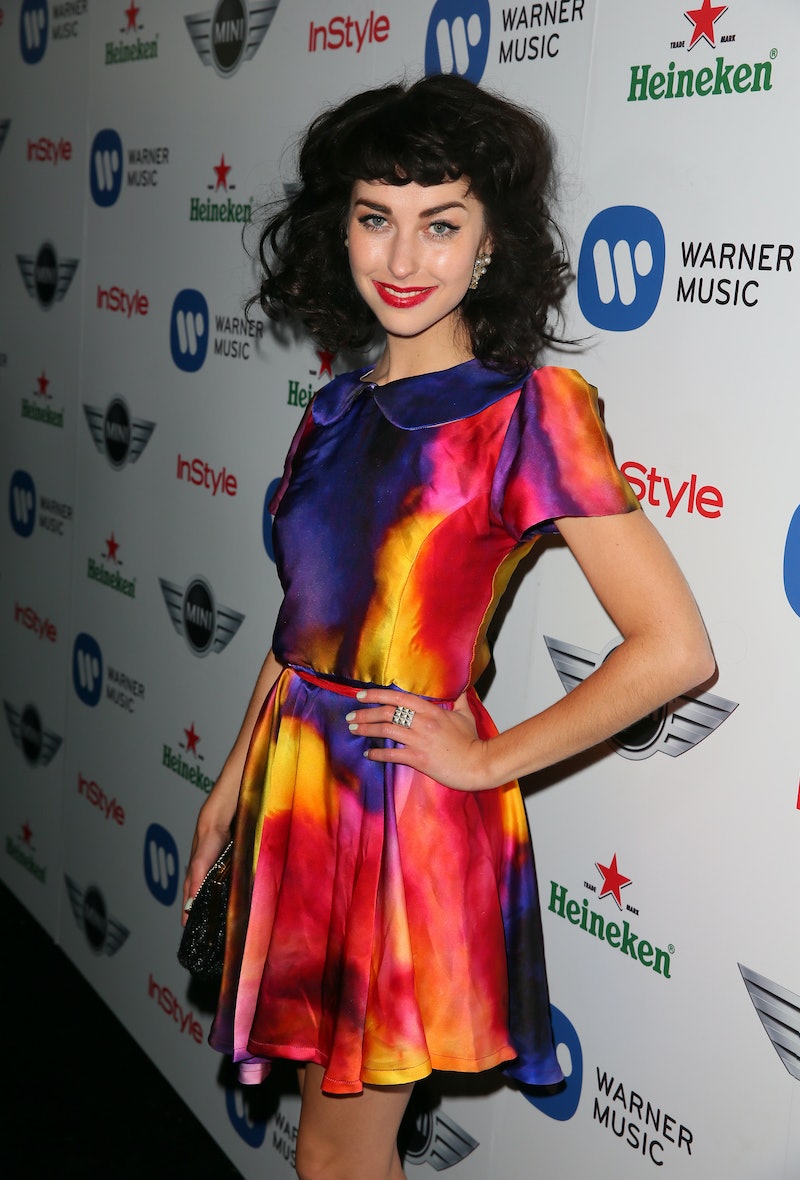 Have you ever heard "Somebody That I Used to Know" by Gotye feat. Kimbra? I'm going to assume your answer is yes. "Somebody That I Used to Know" was a quite possibly the most ubiquitous song of 2012, and it was definitely that year's most cathartic song to scream-sing in the car. The music video took over Facebook newsfeeds far and wide, the song played on every pop station every 30 minutes, and Gotye and Kimbra won two Grammys. People DUG it. It was a hit. A smash. One for the books!

The other day, my roommate and I saw the music video for the first time in what seemed like decades. My roommate asked what Kimbra's been up to lately, I said I didn't know, and the two of us agreed she has an awesome voice and awesome style. But before we could begin an investigation, a Jennifer Lopez music video started up. We flipped out. We love J.Lo. No disrespect to Kimbra, but we totally forgot to Google Kimbra. I blame our short attention spans.

Friday afternoon, I read that Kimbra and Janelle Monáe are touring Australia and New Zealand together. (Coolest duo? Coolest duo.) And then I remembered that I wanted to find out what else has the multi-talented alt-pop weirdo has been up to. Yes, this sleuthing took place days after the convo with my roommate, but hey. I finally got around to it:

"Good Intent" was the third single off of Vows. It's a jazzy song that gives me "spooky Duffy" vibes. It's great, but do you know what really does a number on me? The Simlish version:

She recorded the song in Simlish for The Sims 3: Pets. I am speechless.

This song features Muse's Matt Bellamy and Foster the People's Mark Foster, and will be on her new album. It is SO fantastic. If this madness isn't my cup of tea, I don't know what is. Josh Terry at Consequence of Sound says it's a dash of Sleigh Bells with a hint of tUnE-yArDs and a pinch of ‘90s music, and that assessment is very accurate.

She’s on tour with Janelle Monáe

Kimbra and Monáe are currently co-headling a five-city tour. Their Australasia tour kicked off May 16. It bears repeating: What a cool duo. The Golden Electric Tour is a terrific name, but they could've gotten away with calling it The Coolest Gals Tour.

Her second album is on the way

She began writing her sophomore album (title T.B.A.) back in Feb. 2013. "I put innovation on a pedestal for this record," Kimbra tells The Sydney Morning Herald. "I like the idea of putting out an ambitious song and hoping that as people listen to it they'll discover new relics of sound." Uh, so this album sounds like could be bananas. The good kind of bananas.

It will feature many notable guests and collaborators: Bellamy, Foster, John Legend, Dave Longstreth of Dirty Projectors, and Omar Rodriguez Lopez of At the Drive In are just a few of the artists who lent their talents to the new album. Whoa.

Kimbra's been up to a lot. Simlish is hilarious. I cannot wait to hear her new album.

More like this
Is Megan Fox Pregnant? MGK Gave A Shout-Out To Their “Unborn Child” Onstage
By Hugh McIntyre
Twitter Is Upset About The 'American Idol' Top 3 Results: "Who TF Is Voting?"
By Jake Viswanath
Stormi Just Walked A Red Carpet With Mommy Kylie Jenner & Daddy Travis Scott
By Hugh McIntyre
Lisa Marie Presley Reviewed Baz Luhrmann’s ‘Elvis’ Movie On Twitter
By Grace Wehniainen
Get Even More From Bustle — Sign Up For The Newsletter