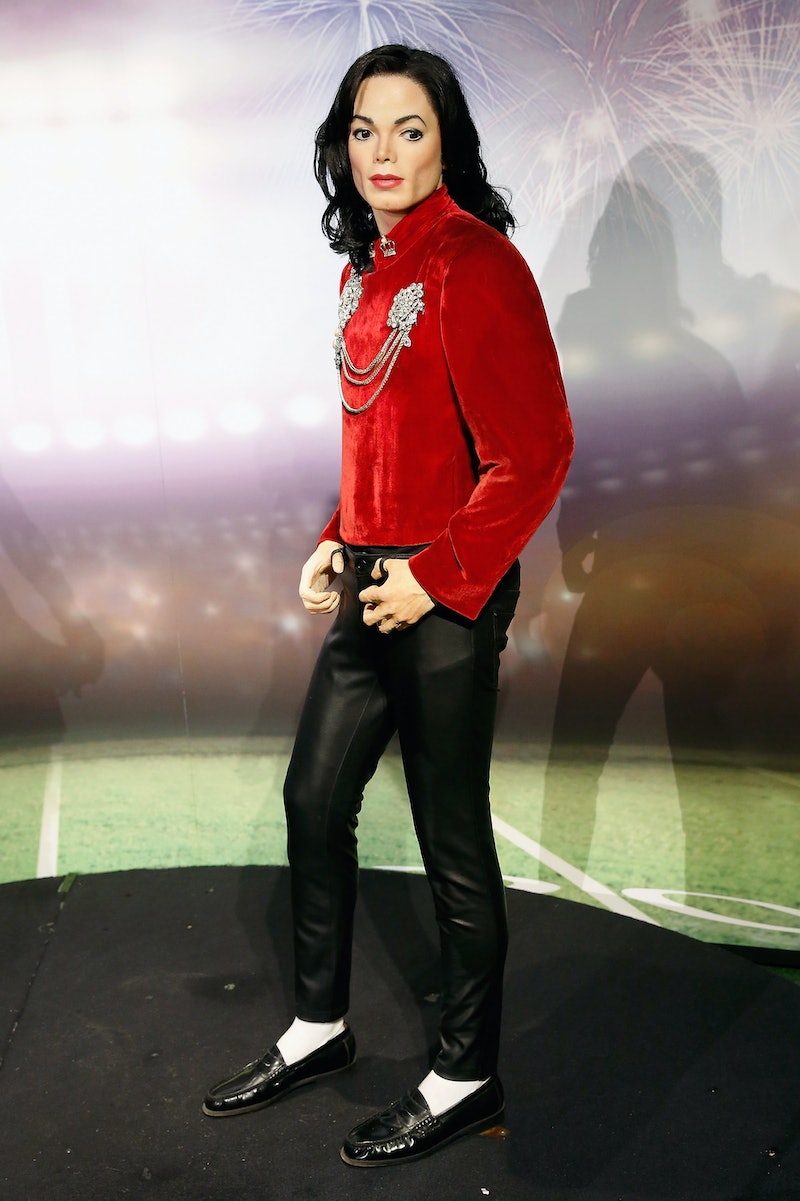 How do you treat a posthumous performance? Apparently, this way: Michael Jackson will "perform" as a hologram at the Billboard Music Awards. You could say it's sort of like Tupac, right?

We've already addressed how to make a posthumous duet video with his and Justin Timberlake's (EXCELLENT) "Love Never Felt So Good." This, however, seems to take things up a notch. Apparently, this performance will be history-making, as sources closely associated with the production have said:

[...]Technology is so spectacular and groundbreaking.

"Jackson" is set to "perform" "Slave to The Rhythm," a track off of his posthumous album, XSCAPE , which was released on May 13th. The album has already been doing quite well, as it's filled with a series of infection pop songs that could only be a product of The King of Pop, himself. Since it's doing so well, there had to be some way to have the late star appear. We had suspected that it would be a hologram — after all, what else could it have been? — and as it turns out, our speculations were spot-on. (At least it's on that wax figure pictured above. That would have been awk-ward.)

Still, it's always a tricky thing, and we'll have to see if this will truly be ground breaking...or just a little bit odd.