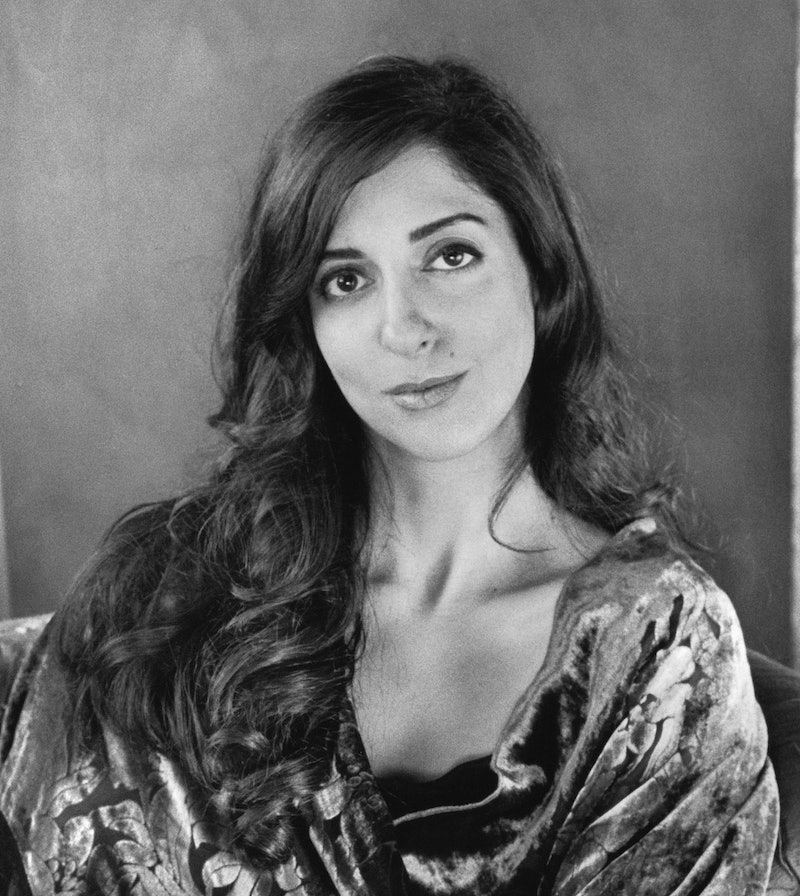 In the opening pages of Porochista Khakpour’s sophomore work The Last Illusion (Bloomsbury), the reader is introduced to a mystical tale about an albino boy who is considered a "freak" because of his skin color. He's abandoned by his family. The boy is eventually found and raised by birds and later becomes a great warrior. This heroic myth is taken from the pages of the Persian Book of Kings — and it's the legend that in many ways mirrors the life of Zal, Illusion's protagonist, and the characters with which he comes into contact.

Khakpour’s coming-of-age narrative, like much of life, maintains a delicate balance of tragedy and comedy, sincerity and satire, as the author reimagines this ancient legend in a modern context. In the rugged villages of northern Iran, Zal's elderly mother, ashamed of her newborn's pale skin, locks him in a cage among her menagerie of birds. Young Zal remains there until he is rescued 10 years later and adopted by Dr. Tony Hendricks, a kindly behavioral analyst who hopes to give him a chance at a normal life.

The book moves to New York City in 1999, amid the anxious air surrounding the upcoming millennium. Hendricks has helped feral Zal progress from a timid, disfigured creature to a walking, talking young boy with his very own apartment, but he still has a lot to learn. From observing popular television shows and classic films (especially ones starring Humphrey Bogart), Zal has crafted a mental handbook on normal human behavior.

With vivid detail, dark humor, and surefire prose, Khakpour narrates Zal's desperate struggle to become an ordinary man, "and not just any man: an American man." He is constantly fighting off dreams of flying, cravings for chocolate covered insects, and a lusting for voluptuous canaries, but indeed he gets closer to normal than anyone thought possible for a feral child. As the reader follows Zal's struggle for autonomy and normalcy, his fumbles through a series of adolescent firsts — crushes, kisses, sexual encounters, alcohol-induced embarrassments, and menial jobs — the reader is reminded of what it means to be human, to desperately desire inclusion, companionship, love, and ultimately a purpose.

At the core of the narrative and Zal’s emergence into adulthood is his topsy-turvy relationship with Asiya McDonald, a somber, yet quirky young artist obsessed with birds. Zal happens to bump into her along the New York City sidewalks on New Year’s Eve 1999 and the two oddballs spend the potentially apocalyptic night together wandering the city. Asiya quickly becomes fascinated with Zal and his birdlike essence, but is also the first person to treat him like a normal human. A romance buds and Zal is faced with awkwardly navigating the unfamiliar emotions that come with it.

For the first time in his life, Zal Hendricks felt a certain coloring in of himself — a hologram being filled in to flesh; a ghost suddenly acquiring corporeality — and he thought maybe he was finally there, that this was it: normalcy.

Khakpour's descriptions of the complex emotions the two experience along their roller-coaster romance are fluid and spot-on. Together the two go through phases of sheer happiness and utter depression, each learning something from the other, most importantly how to care for another person. While Asiya helps Zal overcome his deep insecurities and fears of intimacy, Zal must guide Asiya through her own abnormalities as she suffers from panic attacks, anorexia, and frightening, apocalyptic visions.

Their lives also collide with the arrogant illusionist, Bran Silber, whose great flying act first appealed to Zal’s fantasies of flight. Silber has an even greater illusion planned, possibly his last, set for September 2001. He plans to make New York disappear. “Not New York exactly, but the New Yorkness of New York, what's more New York than ...a symbol of New York." Zal gradually begins to realize that Asiya’s apocalyptic visions and Silber’s upcoming disappearing act may be connected. As the lives of these three characters collide, repel, and collide again, Khakpour propels us toward a city on the brink of tragedy, toward one thunderous, irrevocable conclusion and the moments just before the epic collapse.

The cumulative power of Khakpour’s bold imagination and endearing, fractured characters make this novel soar. The Last Illusion is a darkly glittering story that in its darkest corners illuminates what it means to be a human, lost and in search of purpose. Through this cast of strange and delightful characters and their seemingly extraordinary, atypical lives, Khakpour tells a story about the most human of fears and desires — our fear of death, our desire for love, and our longing for order and meaning in the midst of life’s chaos.