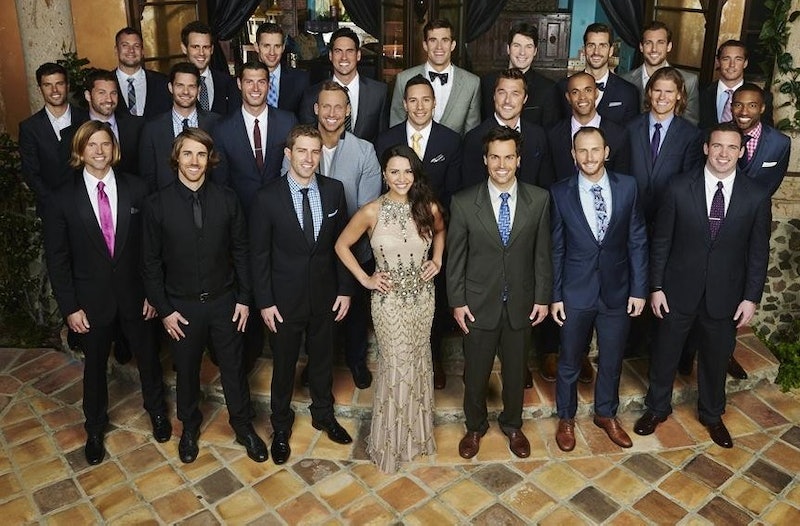 In case you’re a little behind on the world of The Bachelor/ette, let me break it down for you: The First Impression Rose, awarded at the first cocktail party of the season, allows the bachelor or bachelorette in question to hand out a rose solely based on who he or she thinks will win the whole thing, based on the tiny amount they could’ve possibly gotten to know the contestants so far. Sounds kind of awkward, right? Absolutely.

Unfortunately, the vast majority of First Impression Rose winners don't end up being the contestant's final pick. The one noteworthy time it happened is in The Bachelorette's sixth season, when Ali Fedotowsky chose Roberto Martinez right from the start, but it's not like those two lasted for very long together. True love? Probably not. It seems that the First Impression Rose is a terribly unreliable indicator of who the the subject of the show is actually compatible with — and is this really a surprising fact to anyone?

Will it be different for Andi, though? In the past, Andi has said she is a true believer in love at first sight. "I honestly have never had that before, but I'm open to believe in it," our Bachelorette told YourTango. "It's a romantic idea and a great idea, and who knows?"

We'll have to wait and see how Monday's premiere goes down, and until then, my fingers are crossed that Andi really does manage to find love. She deserves it — and with someone better than Juan Pablo, who she narrowly managed to save herself from just a few months ago.

And in the meantime, I think we should all be thankful that First Impression Roses are not a real thing in real life (except when you consider the fact that Tinder is basically one giant rose ceremony) or else high school would have been even more miserable for us all.