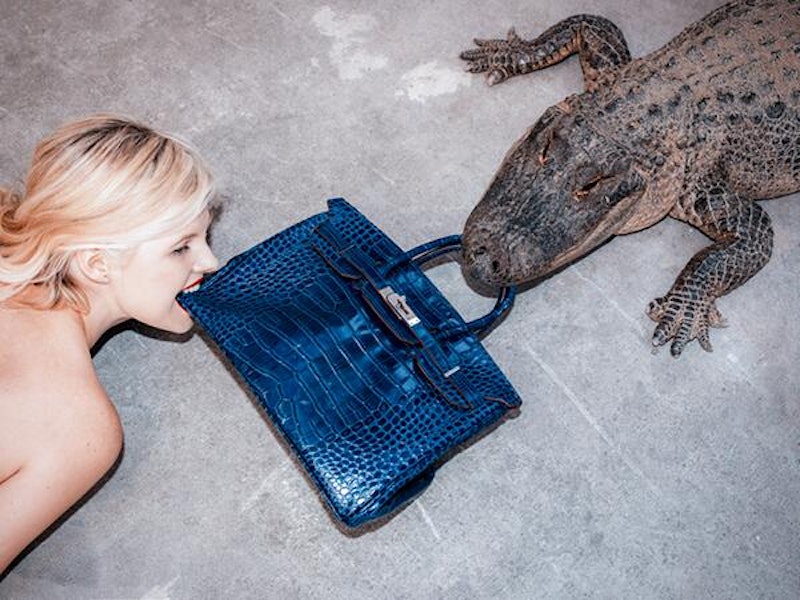 Tyler Shields isn't off the hook just yet for feeding a Birkin to an alligator. He's been inundated with death threats ever since the footage of his tasteless photoshoot hit the Internet, but this latest one takes the cake. Shields received a gruesome letter, adorned with a red handprint and a rather terrifying little note.

RE-TOX reports that Shields discovered the letter at his L.A. home last Saturday, three days after the Birkin-destroying footage leaked. The letter has a streaky red handprint, clearly designed to look like blood, covering the words:

Horrifying, yes? What's even stranger is that Shields told RE-TOX he has not even contacted the authorities because “this kind of thing happens to him all the time.” Hear that? He gets insane death threats penned by a Hannibal Lecter wannabe all the time. If that happened to me just once I'd be camping out in the nearest police station until the sender was tracked down.

In case you missed it (and neglected to click the first link at the top of this article), Tyler Shields is an artist whose recent shenanigans include feeding an alligator (and a model) a $100,000 Hermes Birkin bag and photographing the whole thing. Cruel, bizarre, dangerous, and unnecessary, yes. Deserving of being eaten and turned into a handbag? Not so much.

Thank you to RE-TOX for breaking this story and ensuring that I will never get an adequate night's sleep ever again. I encourage Shields to involve the police and put and end to his animal-and-Birkin-cruelty artistic period. As one of the death threats quoted by RE-TOX states, he could have put that $100,000 toward a charity if he cared about animals so much. Instead, he has people wanting to eat him.