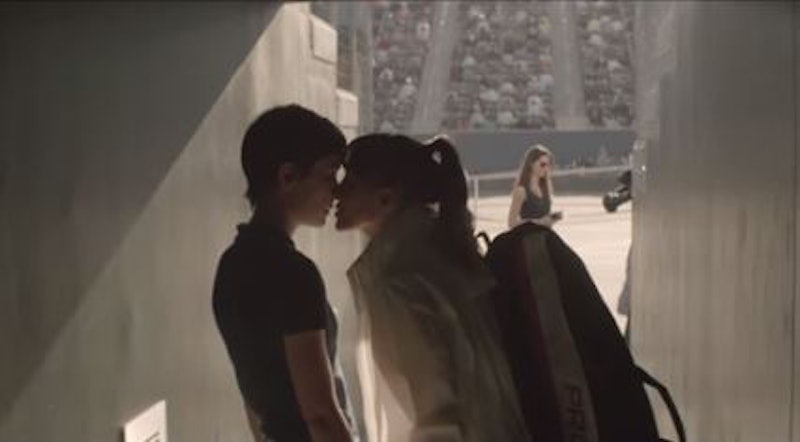 When you think “Cornetto,” do you think “adorable and slightly twee love story?” I don’t. I think of zombies. And buddy cops. And the apocalypse. I blame Simon Pegg, Nick Frost, and Edgar Wright for that. But if you do, you’re in luck: As part of its “Cupidity” ad campaign, the popular British ice cream brand has just released a short film narrated by Lily Allen that’s guaranteed to make you swoon.

“40 Love” is basically the ice cream version of a fashion film — except that unlike a fashion film, it doesn’t showcase the item it’s ostensibly selling. In some ways, I’m kind of glad that it didn’t end with Debbie and Maria giggling over a shared ice cream cone as they rode off into the proverbial sunset; at the same time, though, I’m having a little trouble reconciling the fact that a video meant as an advertisement doesn’t actually advertise the item it’s selling. AdWeek makes this point as well, drawing attention to the argument that “the product being an afterthought makes for bad advertising”; however, Roo Ciambriello also notes, “I think there’s something to be said for its entertainment value and the consumer connection.” Cornetto also gets major points for representing an LGBT relationship to boot, so well done there. Here, take a watch:

Nothing says “love” like getting beaned in the head by an errant tennis ball. And hey, at least an ice cream film seems a little less insidious than a fashion film, right? This probably has something to do with the fact that a four-pack of Cornettos costs about two quid (three bucks and some change), while the items featured in most fashion films could set you back a few months’ salary. I don’t know about you, but I’m way more likely to treat myself to an ice cream cone than I am to a piece of designer clothing that’s way too wacky to actually wear anywhere.

This isn’t the first “Cupidity” video Cornetto has released, by the way; different installments have been hitting the Internet at various points over the past year or so, with one of them being declared (according to Jezebel) the most successful viral video of 2013:

In parting, I can only conclude that true love is built on ice cream. Yum.