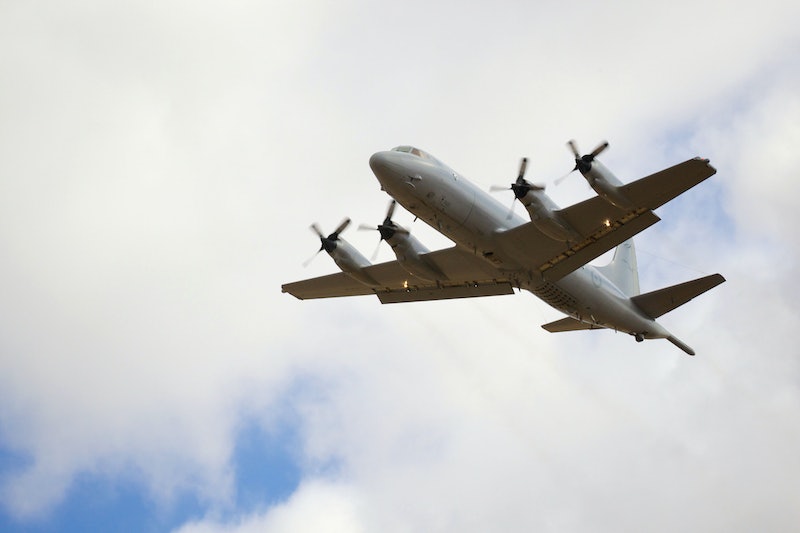 Someone missed the memo about what is and isn't grossly inappropriate: Filmmaker Rupesh Paul has made a movie about Malaysian Airlines Flight 370. The Vanishing Act, which will be promoted at the 2014 Cannes Film Festival in France, has spawned a lot of completely justifiable criticism since the trailer hit YouTube. Considering the plane has yet to be found, and the families of the victims are still grappling with this situation — and even going on a hunger strike over a lack of information — we'd guess criticism is completely warranted.

Rupesh Paul Productions is promoting The Vanishing Act among buyers at the Cannes Film Festival, and the movie poster promises to tell “the untold story” of the missing plane, according to NBC News. Yet NBC also reports that in an interview Friday the associate director of the movie, Sritama Dutta, said the only similarities between the thriller movie and the real-life disaster is that a plane is missing.

"It has got no similarities," Dutta apparently said. "We cannot keep up with the true facts. It's changing every day."

Paul, who also directed the movie Karmasutra 3D, told the International Business Times that the film is based on a Malaysian journalist's theory of what transpired in the early morning of March 8, after the plane left Kuala Lumpur bound for Beijing. The worldwide release is scheduled for September.

The trailer was uploaded on YouTube on Saturday by Variety. Based on what it shows, here are five of the most inappropriate characteristics of the production...

By naming the film The Vanishing Act, it simplifies what happened to Flight 370. This isn't a magic trick; this is the disappearance of 236 passengers who got on a flight to Beijing one March afternoon. This production needs a more sophisticated, well thought-out title. (Well, it needs to just not exist.)

The appearance of someone loading a gun in the plane’s bathroom right when the plane begins to go down in the trailer makes this production 100x more uncomfortable to watch — which shouldn’t be possible. This film is doing way too much when it comes to projecting a theory.

The trailer also featured a romance between two members of the flight’s crew, suggesting the film will develop a romantic subplot. Romantic plotlines imply that the audience is going to need another reason to sympathize with these people’s lives.

Even if the filmmakers hadn’t given interviews, it'd be obvious just by watching the trailer that this movie is not meant to inform people of a possible theory for the flight, but, rather, to entertain them with the events.

The trailer’s music, which has all the classic intense movie-trailer features, only makes the production that much more offensive. Think about it: It's intended to build suspense.

Not to state the obvious, but the most significant inappropriate characteristic of this film is its timing. Seriously. Searchers are still out looking for the flight, and family members of the passengers are still mourning their loved ones. Why is this happening?

More like this
This 'Hunger Games' Alum Will Star In A New Medical Drama Titled 'A Mistake'
By Alyssa Lapid
What Does Doctor Strange’s Third Eye Mean?
By Arya Roshanian
What’s New On Netflix: A Victoria Justice Rom-Com & The Return Of David Letterman
By Arya Roshanian
Lisa Marie Presley Reviewed Baz Luhrmann’s ‘Elvis’ Movie On Twitter
By Grace Wehniainen
Get Even More From Bustle — Sign Up For The Newsletter