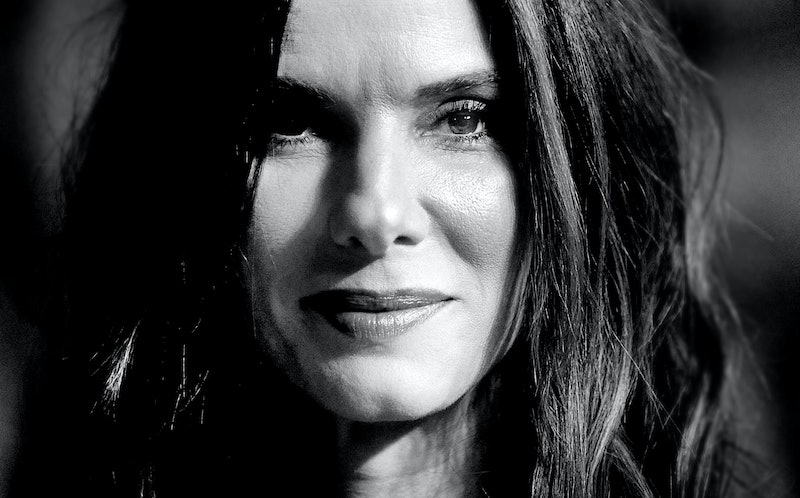 Sandra Bullock has joined the pantheon of Hollywood stars to give memorable commencements speeches. But, unlike other famous faces, the Oscar-winning actress had words of wisdom for graduating high school students instead of college grads. (Of course, we've all learned so much from Sandy on-screen and off over the years, whether it's her no-nonsense characters or her inspiring awards show speeches.)

Bullock surprised 200 students from Warren Easton Charter High School in New Orleans (which she has donated funds to help in their rebuilding after Hurricane Katrina) and had some truly insightful -- and charmingly down-to-Earth and hilarious -- advice for them on their big day. The 49-year-old star admitted to the graduating class that while she was "worried about the future" when she was their age, ultimately she learned to "Stop worrying so much. I don't remember any of the moments in my life where I worried. Raise the bar higher. Nothing is a failure it's just not supposed to work out."

But those weren't the only wise words from the lovable Gravity star. Bullock added, "Eat something green every day. Do not pick your nose in public. How about we just go get a tissue? When someone who cares about you hugs you, hug them back. If someone doesn't want to play with you, it's okay. Not everybody is going to love us." She concluded her speech with telling the students, "Go find your joy. It's what you're going to remember in the end. It's not the worry, it's not the what-ifs. It's the joy that stays with you."

How can you not love Sandy B? Not only does she give back to her community, but she's been giving fans words to live by for years on screen. Of course, the screenwriters of the movies she stars in are responsible for these gems, but Bullock helped bring them to life. In honor of the very awesome graduation speech she just gave, we packed our favorite words of wisdom from some of our favorite Sandra Bullock roles.

As Lucy in While You Were Sleeping: "'Life doesn't always turn out the way you plan'. I just wish I'd realized at the time, he was talking about my life."

As Gwen in 28 Days: "Don't be someone else's slogan, because you are poetry."

As Leigh Anne in The Blind Side: "One thing I know about shopping is that if you don't absolutely love it in the store, you won't wear it. The store is where you like it best. So before you choose something, think of yourself wearing it and say to yourself: 'Is this me?'"

As Birdie in Hope Floats: "Childhood is what you spend the rest of your life trying to overcome. That's what momma always says. She says that beginnings are scary, endings are usually sad, but it's the middle that counts the most. Try to remember that when you find yourself at a new beginning. Just give hope a chance to float up."

As Sarah in Forces of Nature: "Never forget her birthday. Make a really really big deal out of it. After sex hold her for a little while...you know, talk to her like a human being. Oh, and do not wear socks to bed. No socks to bed because you might not be all that attractive to begin with. Always, always side with her in an argument with your mother. Listen to her like you mean it. Supportiveness is a really, really sexy turn on. Never hit. And no matter what annoying habits she has, realize that she’s dealing with a huge mountain of imperfections every day so you might just want to let it go."

As Gracie in Miss Congeniality: "Don't mess with me!"