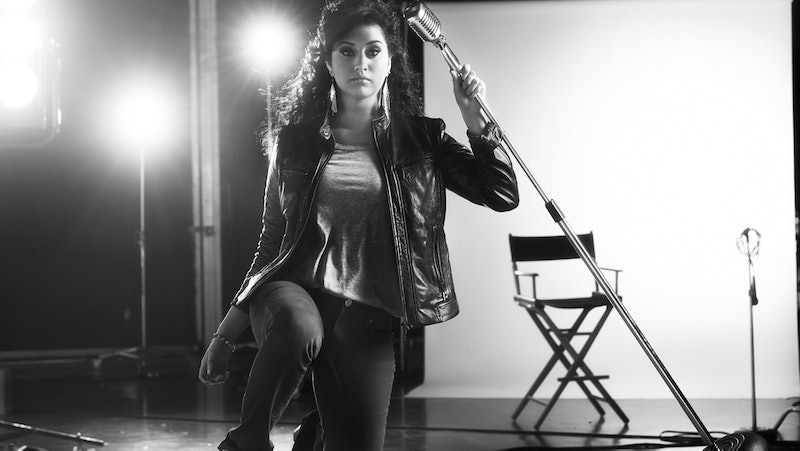 Tuesday, American Idol begins its finale process and while there are two lovable singers up for the title, eventually there will only be one. And oh, Idol hopeful Jena Irene: her name is a pronunciation anomaly; her hair, like a helmet of black satin that she occasionally mousses into having curly bangs; her Idol chances, the best of any female contestant in recent memory who wasn’t specifically placed in the American Idol final two by the show’s producers. No one was expecting the originally unassuming teenager from Michigan to make it anywhere close to the Top 2 — Jena was a Wildcard, after all, not even America’s pick for the Top 12. And if she wins, she’ll be the first Wildcard-pick ever to do so. In fact, she’s the first Wildcard since Clay Aiken to even make it to the Final 2. (Ah, yes, the Clay and Reuben one-two-punch… what a time to be alive!)

So, for once, we can thank the American Idol judges for having a little bit of insight and sending Jena Irene into the live competition, where she has improved week after week, singing everything from iconic '80s power ballads to current top 40 hits, shining light onto lesser known alt rock room-shakers, and putting her own unique spin on songs we thought we couldn’t bear to hear one more time on a singing competition show. Let’s take a look at Jena’s top moments, the ones that took her from Michigan teen in a band, to Wildcard, to surprise standout, to Season 13 Final 2.

Back when Jena Irene was still calling herself Jene Asciutto and wearing chokers, she took a risk singing "Rolling in The Deep" by Adele, a song just about every singing show auditioner thinks they will be the one to take to the next level. But Jena really did take the tune somewhere different from the original, managing to show her personality, her willingness to hear constructive criticism, her vocal range, and plenty of room for improvement.

And improve, she did when given the chance to perform her audition song again on the live shows.

Jena's ability to continue to top herself and give truly unique performances is what has kept her one of America's favorites, and in no performance was that more evident than in her Wildcard vie for the judges' one vote to add a 13th competitor to the Season 13 live roster. Jena took a risk performing an original song, "Unbreakable Me," which she had originally played for them in her final performance before the live shows, and this time, America was able to see what the judges saw all along. Just watch those fingers fly over the keys!

"EVERYONE GET THOSE GLOWSTICKS UP!" Jena later admitted that this moment in her Week 10 performance of Zedd's "Clarity," continues to get her teased around the Idol house, but it was also the first time for many that Jena began to stand out from the pack as not just a singer, but a performer. This was the moment she applied her interesting voice to a song outside of her comfort zone, and not only did she still sound great... she got those glowsticks up, to boot.

By the time Top 5 rolled around, Jena had proven without a doubt that she had the most unique voice and tone on the show, but with contestants like Caleb and Alex still around, she had plenty of competition for stage presence. That's why it was even more exciting than knowing we might get a patented behind-the-piano performance out of her when Jena took the stage with a whole new level of ferocity on Young the Giant's "My Body." Performing songs by lesser known alt-artists like Young the Giant (by comparison to say, One Direction, at least), takes the risk of the audience not being able to sing along, but when you give them every reason to dance, whoop, and rage along instead, the result is even better.

As fun as she is when she's running around touching everybody's hands, dancing with the band and shaking that rock-girl mane, Jena is most in her element when she's behind the keys. Audiences stopped doing whatever the second and third thing they're usually doing while watching American Idol and took notice when Jena saddled up to the piano in Week 7 and absolutely gave her all on Radiohead's "Creep." And just four weeks later, she reprised the fan favorite performance at the request her hometown, Farmington Hills, Michigan, applying every bit of the vocal training and star quality she had picked up in the 28 days in between.

Finally, Jena cemented her place in the Top 3 (and likely the win), when she got behind the keys again and surprised everyone — judges, audiences, Ryan Seacrest, fellow contestants, Randy "The Dawg" Jackson — by singing a soulful, heartfelt, reimagined version of Elvis' "Can't Help Falling In Love."