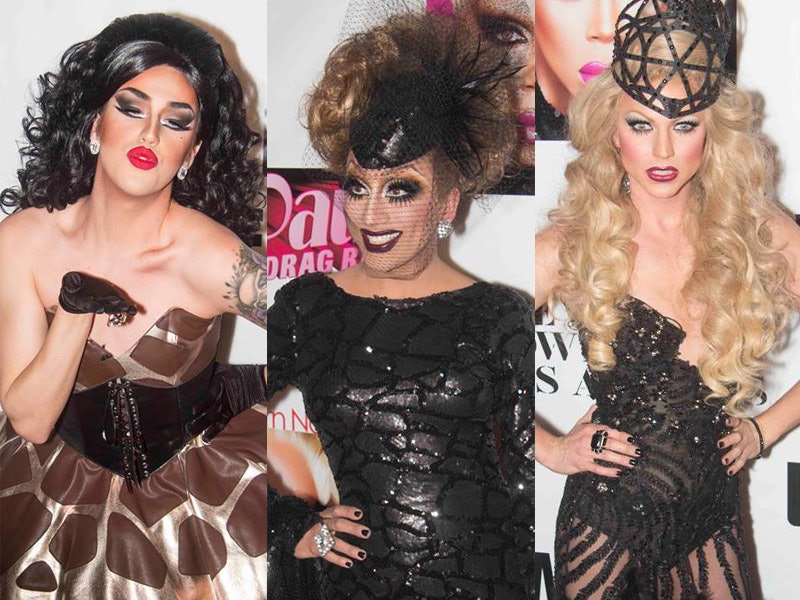 I am the kind of person who hates spoilers, and vehemently so (read: there are about to be some, so buckle up or click away, kids). I've been especially sensitive to perpetrating any kind of pop cultural reveal, so understand that Monday night, as 11:29 PM rolled around and, after yodeling a monumental "YAAAAS" to the room while flinging my arms up "king of the world"-style, when I then felt compelled to tweet out "OH THANK GOD. #Drag Race #TeamBianca," it's because I simply could not contain my relief that Bianca Del Rio was crowned the winner of RuPaul's Drag Race .

Really now: I know I professed previously not to care all that much, at least as compared to past seasons — but the choice just seemed so patently obvious that it would have been a real and telling lapse in the show's judgment had it gone any other way. From the moment the Final Three made their big song-style entrance, and Bianca cut in brashly for her "verse" — "I could give a shit about your runs!" — it couldn't have been clearer where the true star power lay. There's polished, and then there's endearing, and then there's just plain owning a stage, and I say the latter deserves the crown, every damn time.

Also, if there's anything we learned from last night, especially that all-too-brief (but still much appreciated) "Drag Herstory Lesson" segment, it's that, while it may indeed be political, empowering, life-changing, the works, "most of all, drag never, ever takes itself too seriously" — which, if you needed a pervading image as proof, I'd offer the following:

Ms. Bianca "Clown Realness" Del Rio is, above all, a champion of this idea, from her gaudy lashes to her razor sharp wit to her victory declaration that, "In all seriousness, as a 30-year-old man in a wig, some shit can really happen in life." I honestly think she is the perfect choice to carry on Drag Race's legacy, and I look forward to many an off-the-shoulder gown to come.

Meanwhile, don't worry too much about the runners up; they'll land on their feet. Adore strategically timed her music video drop to coincide with the maximum amount of #TeamAdore butthurtitude — i.e., minutes after she lost out on the crown — and Courtney is already the RuPaul of Australia, apparently, so she should be fine, right?

Of course, now that we've gotten all that out of the way, I would like to highlight perhaps the only other part of the evening that mattered:

(The fact that there is no GIF of this yet is criminal, I say. CRIMINAL!!! I will pay copious sums to anyone who can direct me to one — or at least, copious gratitude.)

Alright, true, there was also Michelle's utter and soul-personifying lack of amusement at Laganja's unflagging shrillness, which may be the most righteous, fabulous thing she's done to date.

Also, outfit-wise, Milk dressing like just the fucking glammest, most gorgeousest motherfucker (slash, calling out all of her proposition-happy fans, male and female alike — of which I am not one, I swear) ...

... and of course, Vivacious's hammer and sickle turned evening gown.

Plus, you've gotta give props to my gal Alaska for her exquisite read of Gia Gunn via fan question, also her outfit, also everything about her, and why didn't she win, I ask you once more. (Though I can't find video of the actual moment, Alaska's bonus footage clip below does include a very important message from Vivacious: Ornacia has twins, apparently, and they are named Sheneeda and Shewanna. Did that just make your day? Did I do it?)

Oh, also — right — sorry — um, the fact that Joslyn Fox got married on the air.

But really, in the end, it's about the sheer sum total of all this camp and pizzaz: the pit crew with their flowers and those overenthusiastic tux-clad dancers and the glitter canons that Ru set off, Moses-style, with a raise of her arms — the plain and simple right to be ridiculous. If there's anything that RuPaul's Drag Race reminds us on a regular basis, it's that not only are you free to throw some glitter on your hunchback, honey, and go dancing, but moreover, when you do, there's a whole auditorium full of like-minded individuals who will snap and vogue and tweet encouragements in your wake — so really, what are you waiting for?

Now, though, it's time to sashay away from this group of queens — back to our sequined caves and Absolut troves, to let our fandom hibernate until Season 7 gets underway. With that, I leave this humble offering on the altar of Ornacia and bid you all adieu.