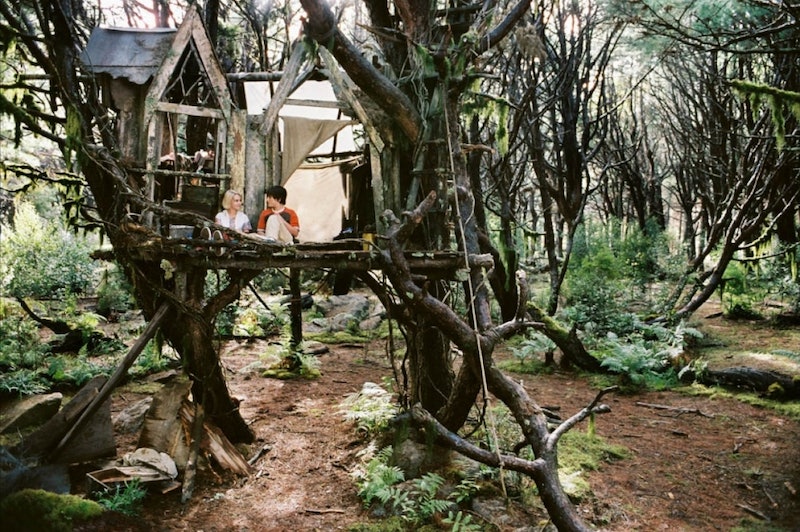 Whoever the critics are that decided YA novels shouldn't tackle "adult" subject matter, such as death and religion, apparently didn't tell Katherine Paterson. Kicking off in 1973 with The Sign of the Chrysanthemum, Paterson has written 13 young adult novels — and that's in addition to her picture books and contributions to nonfiction — and most center on children or teenagers that must come to terms with real life tragedies. Though Jacob Have I Loved and The Great Gilly Hopkins are beloved across the world, Bridge to Terabithia is what really still echoes today.

Jacob Have I Loved by Katherine Paterson, $6.28, Amazon

Paterson's works not only resonate with children and young adults, but she has also captured the attention of of awards committees as well. She is one of only three people who has won both of the major international awards given to great contributors to children's literature, the Hans Christian Anderson Award and the Astrid Lindgren Award. But those are only two of the awards on her lengthy resume.

Adults have also recognized Bridge to Terabithia, but not for the same reasons as the others. Like many of the best books, Bridge to Terabithia is one of the most frequently challenged books according to the American Library Association, ranking No. 8 from 1990-2000 and No. 28 from 2001-2009. That's a long grudge to hold, as Paterson published the novel in 1977.

One town that aimed to ban Bridge to Terabithia, cited the following, according to the Banned Books Awareness project. They aimed to:

eliminate the study of materials containing information about witchcraft, magic, evil spells, or related material now and forever. We believe this material is satanic, a danger to our children, is being studied excessively, and has no place in our schools.

They also took issue with the "adult" theme of death, which Banned Books Awareness rightfully called them on, saying then they also must seek to ban every Disney movie in the canon.

What makes Bridge to Terabithia so great?

Unlike what the book banning proponents say, Bridge to Terabithia is about powerful imagination and friendship, and how the two can save your life.

Before Jess Aarons met Leslie Burke, he was an artistic kid, but he was depressed, frustrated, and full of worries. But Leslie enchanted him. From the moment she beat him in the foot race, he couldn't stand her, but the two were soon taken with each other and became inseparable friends. Jess and Leslie then swing over a creek and build their imaginary world, the namesake of the book, that acts as their sanctuary from bullies and pressures and plain old simple everyday life. They imagine they are monarchs, they are powerful, they can make it through anything. But as most people know by know, real life comes crashing down on them once again through a tragedy.

I read Bridge to Terabithia in my 4th grade class, and we watched the 1985 PBS TV movie. I specifically remember finishing the novel, I remember crying, and I remember wanting everyone I knew to read it (which was easy because most everyone I knew was in my class.)

Thereafter my friends and I spent our summers in the woods, making up our imaginary worlds where there were no parents and we made the rules. We climbed trees over creeks and threw stones in the creek as a testament to Leslie. The book had enchanted us the same as Leslie enchanted Jess. It was as if the book let Leslie reach out and grab us.

It's only certain kind of books that can dig their way into you that deep, even now as an adult.

Leslie Burke is still one of the most amazing characters I have encountered. She's tough, she's fast — beating Jess for the fastest student in the school — and she has this powerfully throbbing imagination. I loved all this as a kid, and I love all this as an adult. But reading it again now, I love her even more, and for different reasons. (And I'm not the only one.)

Leslie was open to anything. She was always game for adventure, yes, but she was also wide open to new ideas and new viewpoints. She also questioned status quo and things parents said without explanation. One of these things — another target for censors — was religion.

One of the things I look back on is that Paterson didn't try to make a love match between Jess and Leslie. They were best friends. The best. And that was that.

I was afraid to read Bridge to Terabithia again, for fear it would be saccharine or the childhood magic would wear off. But it was so far from the case. The book held strong over these almost 40 years, and there was nothing contrived about it. And yes, I cried again.

If you loved Bridge to Terabithia, you should read...

1. The Interestings by Meg Wolitzer

Meg Wolitzer's The Interestings has the same ideas of imagination and friendship as does Terabithia. These artsy six friends try to navigate their way through adulthood.

2. Where Things Come Back by John Corey Whaley

John Corey Whaley's Where Things Come Back is another of these YA novels that's jam-packed with "adult" themes, such as death, hope, and second chances. Like Bridge to Terabitiha, it knows that teenagers find wonder in the world, but they aren't removed from grief.

3. Aristotle and Dante Discover the Secrets of the Universe by Benjamin Alire Sáenz

This highly decorated YA novel takes two vastly different boys and showcases how people can enter your life and change it forever, much like Jess and Leslie. In Benjamin Alire Sáenz's story, through their relationship, Ari and Dante learn about life, love, and a whole lot more about themselves.

More like this
Jessica Simpson On The Time She Was Pursued By A Backstreet Boy & An *NSYNC Member
By The Editors
Prince Harry Incorrectly Recites Christina Aguilera’s “Genie In A Bottle” Lyrics
By Jake Viswanath
Olivia Rodrigo Manifested Finally Meeting Demi Lovato
By Jake Viswanath
Taylor Lautner Copped To Finding Jacob "A Little Annoying" In Twilight
By Stephanie Topacio Long
Get Even More From Bustle — Sign Up For The Newsletter
From hair trends to relationship advice, our daily newsletter has everything you need to sound like a person who’s on TikTok, even if you aren’t.