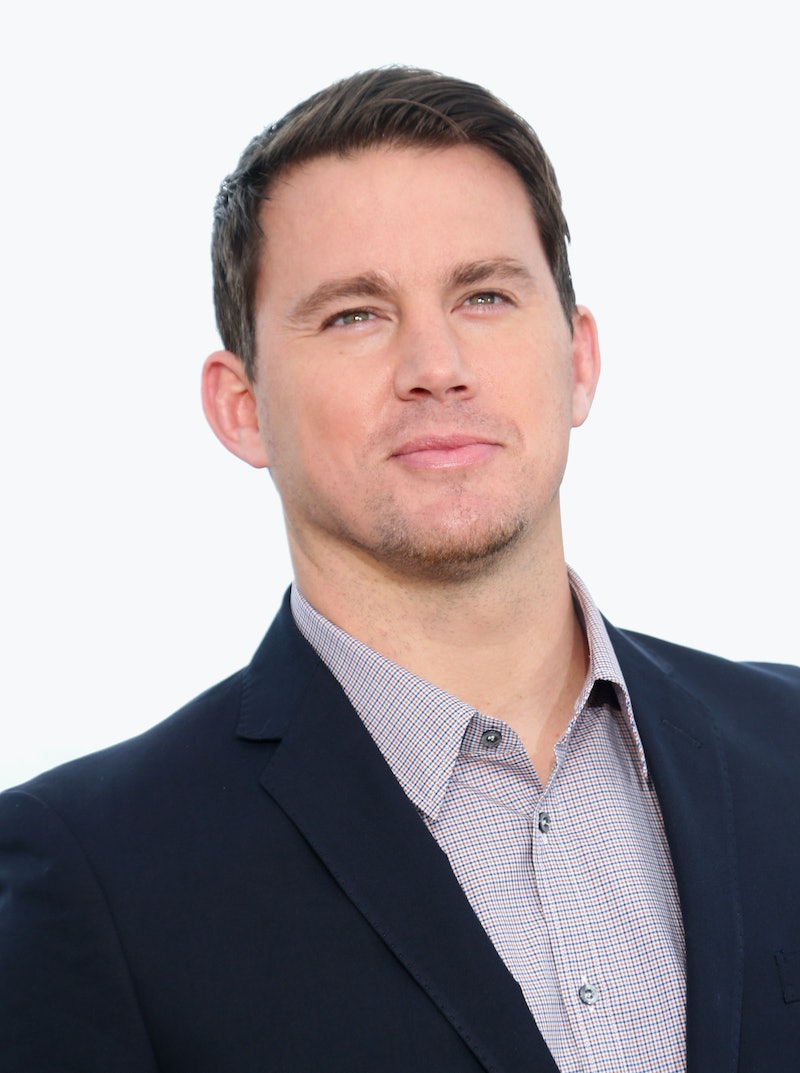 For most actors, the interviews they give during promotion for a movie tend to be relatively unexciting, with the same lighthearted information being repeated over and over: what it was like working on set, how they got along with their co-stars, what personality traits they have in common with their characters, etc. Not Channing Tatum. When the actor gets interviewed, he holds nothing back — including, most recently, the startling fact that Tatum is a "pretty high functioning" alcoholic. In an interview with GQ, the Jupiter Ascending star revealed that he "probably" drinks "too much," saying that he enjoys alcohol's effects on his mind.

"There's probably a tendency to escape. I equate it to creativity, and I definitely equate it to having a good time," Tatum said.

The admission comes only a few pages after Tatum spends time describing his passion for confetti cake — "It's a beautiful mix. It is an angel sent from heaven" — and the nickname his mother had for him as a child, Chanimal. "I think I knew I was wild. I think I definitely knew that."

This side of Tatum has rarely been seen, and comes as a big surprise to those who pictured him as a calm, focused guy whose biggest indulgence was probably excessive practicing of old stripper moves. As the interview reveals, however, Tatum's true personality is super-passionate and somewhat addictive, that of a guy who relies a bit too heavily on alcohol, food, and even movie-making — he made four movies back to back last year, a decision that stemmed from, as he described, feeling like "the fat kid at the buffet" — for fulfillment.

Alcoholism is certainly nothing to make light of, but when revealed in the context of the actor's other admitted vices, it comes off as more fascinating than a cause for concern. Delving into the things he loves with extreme, possibly unhealthy passion is not a choice, but an aspect of the personality he's had since his ADHD-colored childhood.

Luckily, however, Tatum's personality does allow him some self-control; in the interview, the actor said that he plans not to drink for four months when he makes Magic Mike's sequel. Yet in true Tatum form, the abstinent behavior will likely be short-lived.