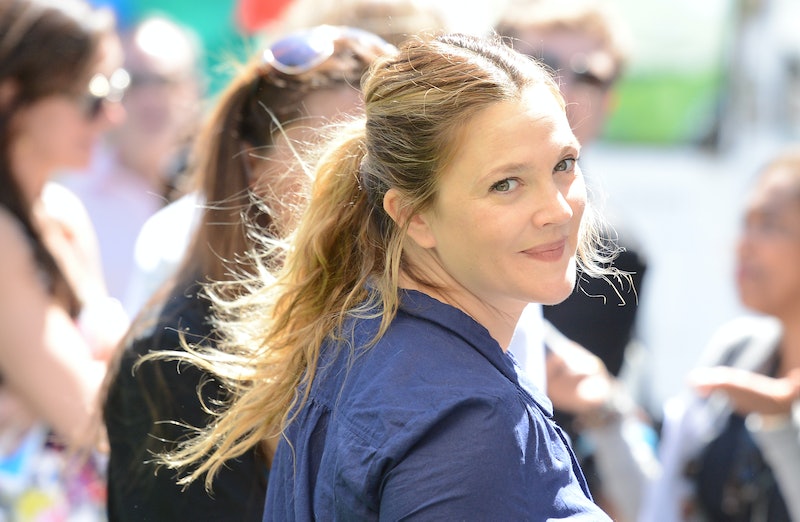 What's better than Billy on the Street screaming about Drew Barrymore? Billy on the Street screaming about Drew Barrymore WITH Drew Barrymore. Billy Eichner once played "Would Drew Barrymore Like That?" with Will Ferrell, a game in which Billy lists some things that Ferrell had to discern whether or not Barrymore would be into it. Things she likes: grapes, people, going to the movies (it's a good escape for her), chilling at home. Things she does not like: eating blueberries. She would kill you if you even offered her a blueberry! She also would not be caught dead in a public pool. And unfortunately, according to Eichner, Barrymore would hate Will Ferrell, which is sad, because then he had to continue playing the game.

In the meta new version of Billy playing the game about Drew WITH Drew, we learn a little bit more about Barrymore, including the fact that she just had a baby and looks fantastic (irritating), and that Drew Barrymore doesn't know Drew Barrymore very well (the Drew Barrymore fantasy version that Billy Eichner has, of course). Things they agree she likes: french fries, a garden, the occasional piece of dark chocolate, and keeping in touch. Things that Drew Barrymore learned that she in fact does not like: Milk chocolate, a hand massage but only when it comes with her manicure.

We also learned that Lucy Liu is, indeed, alive and well! Billy was also incredulous to learn that Drew Barrymore is a little dubious about a Broadway play, which is a surprise to us all. Seems like if we all want to get to know ourselves a little better, we just have to ask Billy Eichner what we would and wouldn't like. Better, cheaper and louder than therapy.